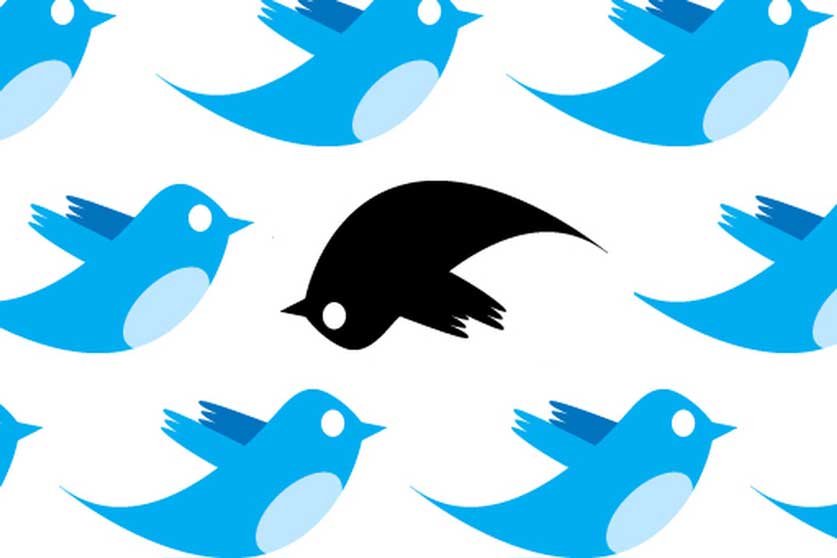 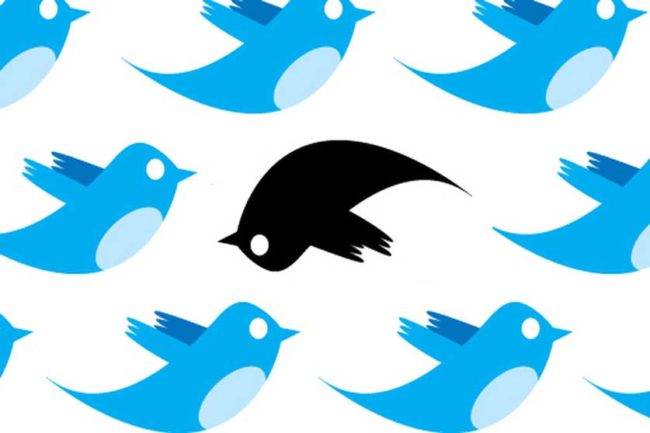 You may indeed have Twitter Bots that are following you or that you follow that are openly and transparently bots. These are the  harmless ones run by a piece of software, and exist to provide a useful service. Examples include PoetryBot, CloudVision (A Photo Bot), or simply News Bot to tweet out headlines. Generally nobody has a problem with these, and so they are happily embraced.

Flip that coin over and as you are perhaps aware, there are also twitter accounts that are constructed to manipulate and deceive, or to simply promote something in exchange for a fee. They masquerade as real humans, but instead are just software algorithms.

The advertising ones simply promote something for a fee, perhaps a new YouTube channel, but the political ones tend to be tools used to manipulate democratic elections or simply destabilise society by striving to polarise domestic politics.

A bit of news this week reveals that in the wake of the recent revelations regarding political manipulation Twitter has quite rightly implemented a bot purge. Net effect, some right-wing users are quite vocally angry this week because many of their followers have suddenly vanished …

Conservative Twitter users raged against the social media company, lobbing accusations of left-wing bias and censorship after thousands of followers were wiped out in an overnight bot purge.

The suspension of multiple accounts followed the indictment by special counsel Robert S. Mueller of Russian nationals for meddling in the U.S. election, including using fake accounts on Twitter to conduct “information warfare” against the United States.

The hashtag #TwitterLockOut was trending in the U.S. on Wednesday morning as thousands of accounts, including those belonging to Michael Flynn Jr., son of former national security adviser Michael Flynn, and Infowars editor Paul Joseph Watson complained that hundreds, and in some cases thousands, of their followers had been shut down.

It is quite frankly very telling that these people had hundreds, if not thousands of imaginary twitter followers that were not actually human at all, just bits of software that latched on to political extremists in order to promote them and sow discord.

Some real humans can’t resist the opportunity to offer them #BotsAndPrayers for their tragic loss.

“The twitter purge is real,” Fox News commentator Dan Bongino wrote. “I woke up and saw I lost 100 or so followers,” columnist Adriana Cohen tweeted.

…Researchers estimate as many as 15% of accounts on Twitter could be fake. Twitter says that number is lower …

Fake accounts on Twitter have been traced to a Kremlin-linked “troll farm” accused of inflaming political divisions on hot-button national issues such as gun control after last week’s Florida school shooting. According to researchers at the University of Southern California, conservatives retweeted Russian trolls about 31 times more than liberals and produced 36 times more tweets.

An organization that tracks Kremlin-backed Twitter accounts — the Alliance for Securing Democracy — says such influence operations have remained active since the election, serving to amplify disputes bubbling on the Web. On Wednesday, #twitterlockout and #twitterpurge were the top and trending hashtags used by the accounts linked to Russian influence operations tracked by the Alliance’s Hamilton 68 project.

Tips on how you can spot a bot

How can you actually tell if a twitter user is real or is just a bot?

There are a couple of things that can give it away, and so here are a few things to consider.

Too many tweets – accounts that tweet out more than about 100 tweets each and every day should be treated with an appropriate degree of suspicion. Some people might retweet lots of things at times, but not every day. If an account that is a year or two old has tweeted 200K tweets, then that’s a red flag.

Example – here is a Pro-Trump Kremlin biased bot named @sunneversets100 – since it’s creation in Nov 2016, it has tweeted out 201K tweets. Humans can’t sustain a rate of over 500 tweets per day – 20 per hour for each and every 24 hours for a couple of years.

No Personal Details – Check back to that @sunneversets100 bot and again there are no personal details here. All it links to is a political site.

Content – Bots are designed to amplify and promote a specific agenda. If there is no actual user created content but instead a stream of retweets promoting a specific agenda or slogans designed to provoke, then you should be suspicious. You can of course fall prey to a malicious chatterbot and so that screaming argument you are having on twitter might actually be you screaming back at a piece of software that simply exists to push your emotional buttons.

Much of it’s content is Sputnik. Seriously now, who, in a US political context, would actually be retweeting Sputnik, a Russian Government controlled news outlet?

US political activists don’t behave like that, but Russian bots do.

Botnets – One variation is that instead of one Bot tweeting out an excessive quantity of content, an array of mostly passive bots are activated to vigorously promote one specific article. If an account that has been around for some time with very little activity is suddenly promoting something that is politically divisive, then be suspicious – especially when many apparently dormant accounts are suddenly promoting the same article.

Egg tweeters – If something is being retweeted by lots of people who apparently don’t have an uploaded image of any sort then be suspicious. You have probably found a botnet in play. “egg accounts” are called that because you used to see just an egg shape instead of an actual profile picture.

Fake People – If you find an account that you have suspicions about, then grab the url for their profile picture and see if the image is being repurposed and reused across many different accounts. Google image search can help you make that discovery.

Another quick check is to take note of the twitter handle. If instead of an actual name @john_smith you note a random array of letters @6gwkxp7nwl then it is machine generated and not a real account.

Can you automate any of this analysis?

Potentially yes, you can create ways of automatically analysing twitter accounts and then rendering a verdict.

Researchers at Indiana University and Northeastern University have built Botometer to do just this. Surf on over and give it a go to see how you get on.

You need an active twitter account (obviously), and so it can check you, then from there fan out to check some of your followers or those you follow and advise you on who is and is not a bot.

It is all part of an ongoing information arms race. As the tools or guidance for sniffing out the malicious bots become more sophisticated so do the bots themselves. Yes, we are getting better at spotting the bots, but they are also getting better at masquerading as human.

The arena is your mind and the prize being fought for is the ability to influence and manipulate you.

If you up your game and learn how to bot-spot, then you are less likely to be manipulated by such bots.

Finally – If you find one of your hot buttons has been pushed and you are in the middle of typing in a reply in which you are yelling back at them explaining that they are a f**king idiot and here are the facts, you should seriously consider pausing and scrubbing your reply instead of hitting send, then either rolling your eyes and scrolling on, or blocking them.  Human or bot, it’s not worth burning time on it.

Think of it all this way – for those that are human, how many times has somebody seen such a response and thought “Well gosh yes, you are right, you do indeed have the facts, I am indeed a f**king idiot“.