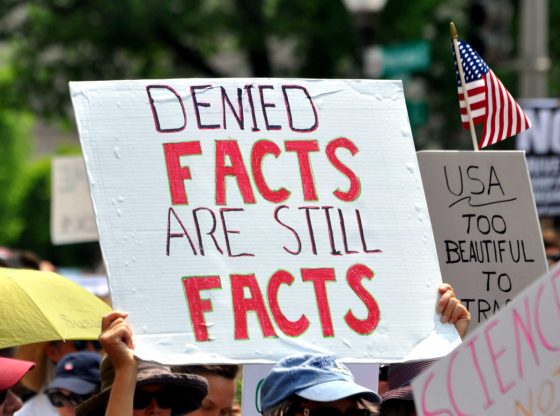 In a world where the prevailing scientific consensus is clear and there is a very solid evidence-based link between our emissions and a changing climate, you have to wonder why denial gets strongly promoted. In a psychological context it is a fascinating question.

There are a couple of very obvious observations.

We have some rather loud voices that the media amplifies …

We also need to contend with another obvious observation.

Social media platforms are structured to give you more of what you appear to like. They use data to note when you show an interest in something. Every time you go back, you are fed more of the same. They want you to come back (clicks = $$), so the automated algorithms will serve up the stuff you appear to digest.

In such an environment what will naturally form are bubbles of information that align with your beliefs. An illusion of agreement is created for what can be very fringe ideas.

Individuals and organizations with a very specific agenda pay for outright lies and misinformation to be promoted. Up go the links with click-bait headlines. Some are curious and click. The algorithms kick in and over time start serving up more of the same and so a percentage of people get sucked in.

There is no motivation for a social media business to do what is right and suppress lies. They want revenue, not “truth” …

What do the subject Matter experts think?

One very good answer for this question comes from Katharine Hayhoe, a climate scientist, Professor, and Director at the Climate Center at Texas Tech University. The question “Why does there seen to be so many climate change skeptics?” was asked on Quora. I find her answer to be very good, and so here it is below (the text in blue “like this” is her answer) …

Why does there seem to be so many climate change sceptics? 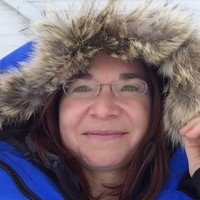 No one really has a problem with basic physics dating back to the 1800s that explains how stoves heat food and how airplanes fly. Yes, that’s how long we’ve known about this and yes, that’s how basic and fundamental the science is. See:

And no one really thinks that a thermometer gives you a different answer depending on how you vote. People are just fine with science if they don’t perceive it as posing a threat to their ideology or identity.

But if the very same science IS seen as a threat? Even if it is literally the number you see on your own thermometer? Then, they’re willing to deny the evidence of their own eyes.

The reason why most people have a problem with climate change is not because they are truly skeptical or they doubt the science: it’s because they believe the solutions pose an imminent threat and the impacts do not.

So there aren’t actually many climate change skeptics at all. There are a lot of people who are cautious about climate change, as you can see here, and then there are a relatively small percentage of extremely loud people who are doubtful or dismissive about it, and who flood the comment section and the social media feeds of anyone who talks about it!

For the first time, the Alarmed are now the largest of Global Warming’s Six Americas

And why do they believe the solutions pose a threat? Because they’ve been told it, over and over, by people they trust: by politicians, by media pundits, and sadly, by people who are being funded by the richest companies in the world to maintain our dependence on fossil fuels as long as possible. To learn more about the well-funded disinformation campaign to muddy the waters on climate change, read the book or watch:

But if I say, “it’s a real problem, but I don’t want to fix it,” that makes me the bad guy. And none of us want to be the bad guy. So instead, we throw up science-y (and even religious-y) sounding excuses to explain why it can’t be real … because if it were, we’d have to fix it!

And that’s why the most effective thing we can talk about are how climate change matters to us, here and now, and what we can do to fix it.

For more on the social science of denial and how to counter it, watch: