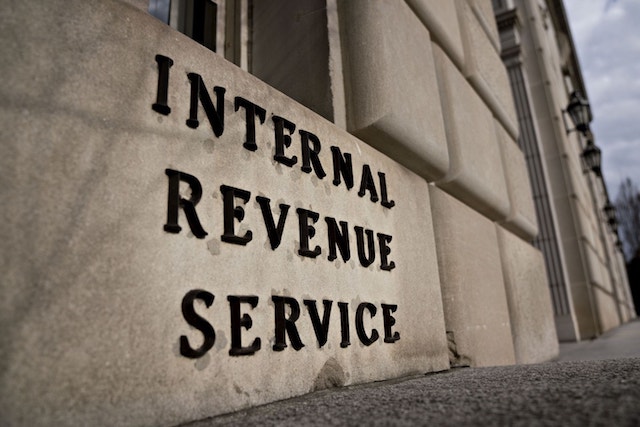 Well yes, a weekend posting, and so something a tad different today. What has caught my eye is the trend of Evangelical Nonprofit organisations converting themselves into a legal “Church”. What is going on here?

Big name examples include “Campus Crusade for Christ” or “Gideons”. You might wonder exactly why such organisations are doing this.

The concept of a Nonprofit is rather clear and well defined. As described on the Gov.us website …

A nonprofit organization commonly performs some type of public or community benefit, without the purpose of making a profit. There are various categories of nonprofits recognized by the Internal Revenue Service (IRS):

Basically you do what you were established to do, and with official IRS “Nonprofit” status you do so with a Tax except status. So why re-register with the IRA as a “Church” if you currently don’t pay tax?

The shift away from “Nonprofit”

The Washington Post reports (on 17th Jan) on the details and also explains why.

This is a move being made to drop the curtains and hide the flow of money. As explained within the Post …

For decades, the U.S. tax code has allowed nonprofit organizations, including religious ones, to be exempt from most taxes. Donors can also deduct gifts to the nonprofit groups on their own taxes.

But tax-exempt organizations that are not houses of worship must also complete an annual Form 990. The form includes information about annual revenue, salaries of the highest-paid employees, names of board members and large contractors, and the amount of money the organization spends on administrative costs and fundraising. In lieu of a 990, some houses of worship (which are all generally described as “churches” by the IRS) choose to publicize their own audits, but doing so is not required.

Lack of transparency and a rush to secrecy sends a very clear signal that something highly dubious is going on.

No 990 means nobody gets to know how much money they took in or where they are getting funding from, or what they did with that cash, or how much of that goes into the pockets of those running the organisation. We are into the domain of dark money.

Just How Dishonest do these folks get when they “convert” to being a church?

You may remember that a few years ago John Oliver pointed out that almost anything can become a church as long as it meets the IRS’ 14 attributes of a church.

Take for example “Focus on the Family”. They managed to successfully pressure the IRS into accepting them as a “Church” roughly about two years ago. That means that they have a “Recognized creed and form of worship” “Definite and distinct ecclesiastical government” “Organization of ordained ministers” “Regular religious services” … and so on. So how exactly did “Focus on the Family” claim any of this?

In the letter, the attorneys claimed that Focus’ 600 employees are both its “ministers” and the members of its “congregation” and that the organization’s “chapelteria”—a cafeteria that also hosts regular staff worship services—is its “place of worship.” The organization’s board of directors are its “elders.” It’s president, Jim Daly, is its “head deacon and elder.” Listeners to the organization’s radio programs are “an extension of its congregation.”

In response to the IRS’ pointing out that Focus doesn’t have Sunday services because its employees are worshiping at their home churches, the attorneys wrote that “Focus on the Family does not hold services on Sunday, but neither do many other churches such as the Seventh Day Adventists.” To the IRS’ comment that Focus’ “provisions for ecclesiastical governance are completely unlike those made by churches generally,” they noted that the Quakers have “long rejected altogether ordination for ministers.”

In response to the IRS’ comment that it “may question” the church status of an organization that, like Focus, “conducts excessive broadcasting or publishing,” the attorneys wrote that the organization’s media efforts have a biblical precedent: “Matthew and Mark record that Jesus got into a boat and went out a little ways to speak to crowds on the shore. Many biblical scholars think this is because of the amplification properties of water.”

To the IRS’ comment that the group’s “congregational/associational activities appear to be incidental to [its] media activities,” they wrote, “The notion that a ‘church’ is simply a building where people gather to hear a sermon every Sunday is not only antiquated, but also inconsistent with the description of the church found in the New Testament.”

Anthea Butler, a professor of religious studies at the University of Pennsylvania, looked over the correspondence and said that “a large part of what I’m seeing in this document about being a church has nothing to do with being a church.”

“A church is basically a pastor, with pastoral staff and members,” she said. “They don’t have that. They have employees.” She pointed out that one consequence of Focus’ contention that all of their employees are ministers is that they could take advantage of a federal law allowing ministers to deduct housing allowances from their income taxes.

If you interpret tax law like this then it basically means that any nonprofit can be a “Church”. On September 27, 2016, the IRS accepted the “Focus on the Family’s” request, and so the doors were opened to this latest trend.

Who Exactly is doing this?

Ministry watch keeps a list of highly paid Christian Ministry executives. What they have is taken from their 990s. They also state that they can’t call the list complete ….

MinistryWatch has identified a growing trend among Christian ministries to identify as churches and thereby withhold their Form 990s. Among the fifty largest Christian ministries in the country who have made this election include: CRU/Campus Crusade for Christ, The Navigators, Gideons International, Willow Creek Association, Billy Graham Evangelistic Association, Joyce Meyer Ministries, and Ethnos360/New Tribes Mission. In addition, many megachurches and their related radio and television ministries. These organizations and individuals include: Joel Osteen, David Jeremiah, Benny Hinn, Creflo Dollar, and Kenneth Copeland.

You will of course recognise some of those names. Osteen, Hinn, and Copeland reap a harvest of vast sums of money and enjoy very lavish lifestyles. Those fraudsters don’t want anybody to know exactly how much, and so as a “Church” they are permitted to keep it all a secret and to also not pay tax.

What is also interesting is that some we do know about via 990 forms award themselves million dollar salaries.

The point is this. If you were considering the idea of making a donation to a nonprofit to help them to do whatever it is they do, then knowing that the senior executives are grabbing a huge chunk of that for themselves would motivate you to pause. Keeping all that under wraps is a very strong motive to switch tax status.

When you think of the word “Christian” or “Evangelical” these days what tends to come to mind are words such as “Intolerant”, “anti-science”, “Irrational”, and “Cult-of-Trump supporter”.

This latest move means we can add other words such as “Dishonest”, “Corrupt”, and “Greedy” to the mix.

The challenge however is that most major evangelical organisations are now doing this and the vast majority of those that support them are quite content to permit these self-appointed grifters to carry on grifting with impunity because they fly a religious banner.

Focus on the Family vs IRS correspondence