The second most potent greenhouse gas that contributes to Climate Change is Methane. This one has been a bit of a puzzle because there has been a dramatic increase in it during the past decade and nobody was able to explain why.

That however has changed.

A Washington Post article by Chris Mooney back in 2016 entitled “Atmospheric levels of methane, a powerful greenhouse gas, are spiking, scientists report” not only reported on this observation but presented the actual observations … 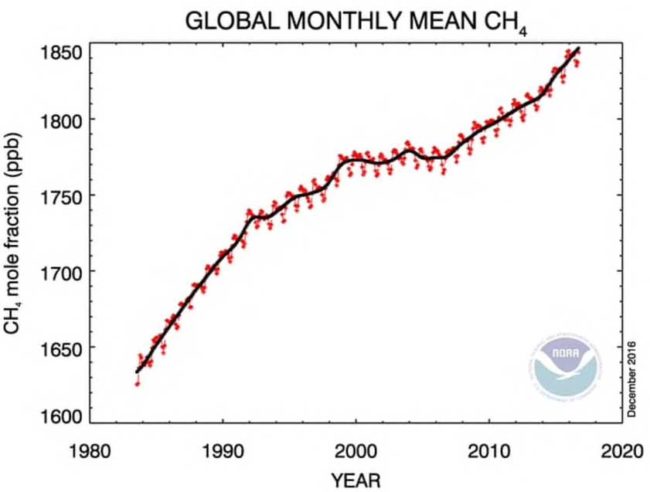 “Methane in the atmosphere was almost flat from about 2000 through 2006. Beginning 2007, it started upward, but in the last two years, it spiked,” said Rob Jackson, an earth scientist at Stanford University who co-wrote the study.

… it’s important to note that there remains considerable scientific uncertainty when it comes to accounting for all the complex, global sources of methane, as well as the processes that withdraw it from the atmosphere once it has been emitted. The paper fully acknowledges that these have not all been adequately understood.

There was of course speculation, and a strong leaning towards specific causes, but no hard confirmation.

Well … that has now changed.

Basically it is these guys, or to be rather specific and crude, the increase is all down to cow farts. 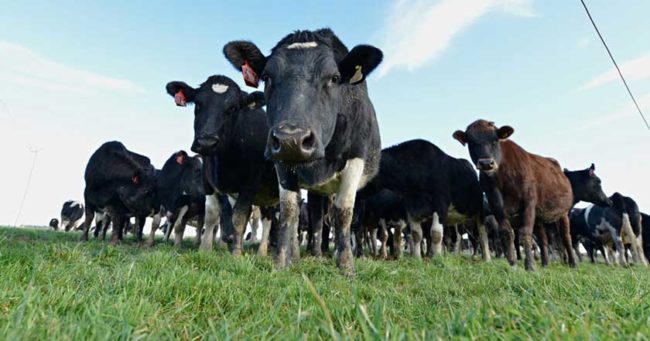 Well yes, “cow farts” a tad simplistic, because what we are actually talking about here as the methane source is both “enteric fermentation” and also “manure management”.

Back in 2006 the IPCC (Intergovernmental Panel on Climate Change) had produced some guidelines for estimating methane that was in need of revision.  A change was needed because livestock are now being fed more and bred to be bigger. Additionally, the manner in which their manure was being handled had also changed.

Once you adjust things to handle the above, they found that this happened to the numbers they had …

This is not the final word on this

The conclusion of the study is that the uptick in agricultural industrialization has been a major contributor to the methane uptick, but doubt still exists that this explains it all. Fingers are still being pointed towards the U.S. fracking boom as a contributor as well.

Science is often like this. We have gained some further clarity, but questions still persist because often there are many layers of complexity lurking under the surface.

If you are tempted to suggest that this is bullshit, then in this case you would indeed be scientifically correct.