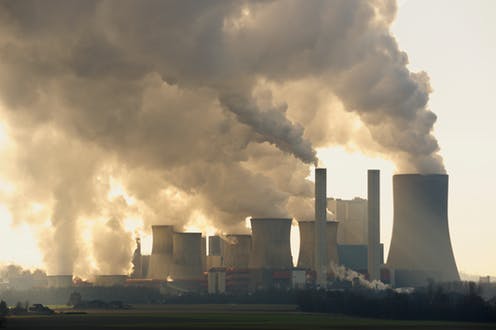 Yesterday’s posting highlighted the observation that as much as one third of all CO2 carbon emissions have been produced by just twenty organisations. That came via a dataset from the Climate Accountability Institute. All are of course oil and gas producers – the leading lights of the fossil fuel industry.

Climate change means that decisive meaningful action is needed and that doing nothing is simply not an option. What we also need to come to terms with is not just the historical emissions, but the fact that our current rates of CO2 emissions are still climbing. In other words our progress so far falls far short of even beginning to address the problem.

As individuals can make personal choices, but when faced with a vast industry that relentlessly continues without even a hint of a pause, then what exactly can be done?

There are some good answers.

Eight Ideas to rein in the fossil fuel industry

Monday’s Guardian lists 8 rather good ideas. They are all viable and meaningful. I’ve distilled the 8 into a brief extract below that I’ve added a few comments (and numbers) …

1. Put climate on the ballot paper

That makes rather a lot of sense. People do passionately care. Voting into office decision makers who have a viable plan of action is truly meaningful and decisive. What exactly does this mean in practise?

All the 2020 democrat candidates have plans. As for the GOP … well, sticking your head in the sand and wishing it to all go away is not exactly rational, but “HMS Rational” is a ship that sailed from their port rather a long time ago.

The coal, oil and gas industries benefit from $5tn dollars a year – $10m a minute – according to the International Monetary Fund, which described its own estimate as “shocking”. Even direct consumption subsidies for fossil fuels are double those for renewables, which the International Energy Agency says “greatly complicates the task” of tackling the climate crisis.

Most don’t appreciate that this is going on, and that their tax dollars are being literally burned to heat the planet.

There needs to be sufficient political will to actually do it – well yes, see item 1. Some might quibble about the cost of the Green New Deal, but the cost of fossil fuel subsidies is a dirty little secret that wholly deserves to be spotlighted.

3. Put a price on carbon

There is a cost associated with it and so holding those who emit accountable makes rather a lot of sense.

This can happen, not just at an industrial level, but also at an individual level. Want to drive a gas guzzler? Sure, why not, but tax the fuel in a manner that reflects the true cost of doing that.

Doing this acts as a motivator to drive efficiency, and carbon neutrality. If there are no consequences then many will simply wait for somebody else to act and do nothing. “Nothing” is a luxury item that our species and many other rapidly shrinking ecosystems can no longer afford.

4. Scale back demand for fossil fuels

If oil and gas are to be extracted, the least oil companies can do is extract efficiently. The World Bank has estimated that the amount of gas wastefully flared globally each year, if used for power generation instead, could supply all of Africa’s electricity needs.

I well remember standing in some remote location in Africa as a teen and being astonished to observe gas being burned. They are after the oil, the natural gas was simply a waste product to be discarded. Even then the utter wastage involved struck me as fundamentally wrong.

Trapping and burying the CO2 from fossil fuel burning is possible but not yet deployed at scale. Without this, the Intergovernmental Panel on Climate Change says tackling the climate crisis will be much more expensive. Oil companies have the expertise to roll out CCS but say that without a price on carbon emissions there is no commercial incentive.

What exactly does this mean?

One example is to grow trees, then burn them to generate power, and capturing the emissions to store. With no cost associated with carbon then there is no motivation – see item 3. Also, once again we are back to item 1.

Translation: Green investing must be regulated to ensure it really is green. If you buy into a “Green” investment trust, then who regulates what “Green” means and verifies that it is real and not simply marketing hype. If you buy your power from a utility that sells itself as a supplier that only supplies renewal generated power, then how do you have any confidence that this is factual if nobody verifies this.

Yes, there is a theme here, we are of course back to regulations and so it is a pointer back to item 1.

…Last week, the governor of the Bank of England warned major corporations that they had two years to agree rules for reporting climate risks before global regulators devised their own and made them compulsory. If markets do not understand what climate change really means for car manufacturers, fossil fuel companies and energy firms, a climate-induced financial crisis is just a matter of time…

As an individual your decision at the ballot box matters.

Who are you going to vote for and why?

For far too long too many vote for a candidate simply because they wear either a red or blue badge. Your mission is to hit pause on that tribalism and instead vote for people who have both the vision and also the drive to take meaningful decisive action to address the greatest threat our species has ever faced.