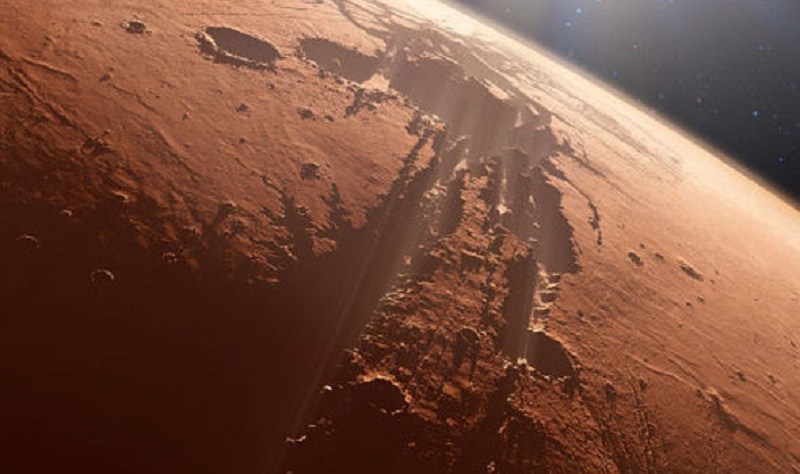 Various media stories have popped up this week concerning a NASA Scientist who worked on the Viking Lander missions back in the 1970s. They report that he asserts that their life detection experiment designed to detect life on MARS was positive and that NASA has simply ignored those results.

Examples of such stories include these …

Yes, the tabloids also ran with it, but the above two are more reasonable sources … so is it true?

Let’s dig in and see what the details are.

This is the Alpha source for all the stories. Within a Scientific American Opinion piece dated 10th October 2019 Gilbert V. Levin, the principal investigator of the Viking mission Labeled Release (LR) experiment, writes as follows …

The Labeled Release experiment on the Viking mission reported positive results, although most have dismissed them as inorganic chemical reactions

He goes on to explain ..

On July 30, 1976, the LR returned its initial results from Mars. Amazingly, they were positive. As the experiment progressed, a total of four positive results, supported by five varied controls, streamed down from the twin Viking spacecraft landed some 4,000 miles apart. The data curves signaled the detection of microbial respiration on the Red Planet. The curves from Mars were similar to those produced by LR tests of soils on Earth. It seemed we had answered that ultimate question.

When the Viking Molecular Analysis Experiment failed to detect organic matter, the essence of life, however, NASA concluded that the LR had found a substance mimicking life, but not life. Inexplicably, over the 43 years since Viking, none of NASA’s subsequent Mars landers has carried a life detection instrument to follow up on these exciting results.

There is much more and he also argues for life on Mars for many other reasons via a list.

Yes, it really is him, and yes he really is making this claim.

… so should we believe him?

The problem is that while he is indeed sincerely convinced, and has also persuaded several others, there is a wider conversation here. If we are going to go for a conclusion, then we need to understand what that wider conversation is and what the counter arguments are. Alternatively, we can also make the observation that he has failed to convince the vast majority of subject matter experts.

He has been banging this drum since the 1970s

What exactly did the Viking lander biological experiments do?

Both Viking landers used a robotic arm to put soil samples into sealed test containers on the craft. The two landers were identical, so the same tests were carried out at two places on Mars’ surface, Viking 1 near the equator and Viking 2 further north.

The  labeled release (LR) experiment inoculated Martian soil with a drop of very dilute aqueous nutrient solution that had been tagged with radioactive 14C. The air above was them monitored for radioactive 14CO2 gas. The idea here is that if they did detect it they they could conclude that microorganisms in the soil had metabolized one or more of the nutrients.

A steady stream of radioactive gases was given off by the soil immediately following the first injection. Both Viking’s got the same results. Subsequent injections a week later did not get the same reaction.

These results convinced Levin and a few others, but for most this was not conclusive.

A gas chromatograph — mass spectrometer (GCMS) also on both Vikings found no organic molecules in the Martian soil. Martian soils were found to contain less carbon than lifeless lunar soils.

This was a rather strong and very convincing signal that LR had not detected life and that something else was going on.

Perhaps the GCMS experiment was flawed and gave a false negative?

However, discussing this means flipping that coin over like this – Is it the LR experiment that is flawed and so it gave a false positive?

Detection of no organic compounds was a big surprise. They seem to be common, for example, on asteroids, meteorites, comets … yet nothing on the surface of Mars.

Like many answers, what we have actually got here are a lot more questions.

If you take earth soil and inject more nutrients into the same sample, then you get more radioactive gas as the dormant bacteria sprang back into action to consume the new dose of food.

On Mars, doing this resulted in nothing.

Others have replicated what happened on Mars and demonstrated how non-organics can, under the right circumstances give a false positive. Ultraviolet light (remember: Mars lacks an ozone layer, so the surface is bathed in ultraviolet) can cause carbon dioxide to react with soils to produce various oxidizers, including highly reactive superoxides. If the LR result was due to a chemical being consumed in the first reaction, then no new gas would be expected, and that is what was observed.

What are the overall conclusions from Viking?

Oxidative chemical reactions are currently deemed to be the best explanation for the LR results.

Gilbert Levin disagrees and is sincerely convinced that it was conclusive. If engaged he will make a compelling case for that and so others are persuaded. In this context the key to the big question is that the vast majority of the subject matter experts, astrobiologists whose entire career involves digging into the detail and drilling right down to the evidential bedrock, are not persuaded. Instead they opt for the far more appropriate “inconclusive” judgement.

The arguments, rebuttals, and counter-arguments will of course rage on as they should. For example …

In other words, lots of arguments, and rebuttals. Questions abound, and so there is no definitive rock solid conclusion … yet.