While on the road in Alaska one little project I tripped over was the creation of a virtual zoo of bones or Virtual Zooarchaeology as they called it.

Herb Maschner and a team of researchers are busy creating an online database of bones from every known Arctic bird, mammal and fish. So when something interesting is found, you can look it up on-line and compare to what they already have and see if it fits or if you have perhaps instead found something new. 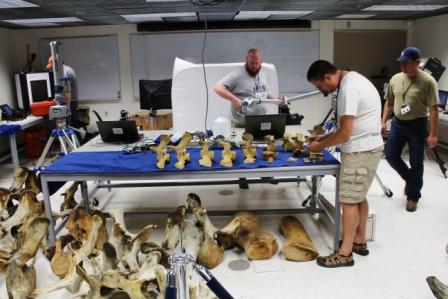 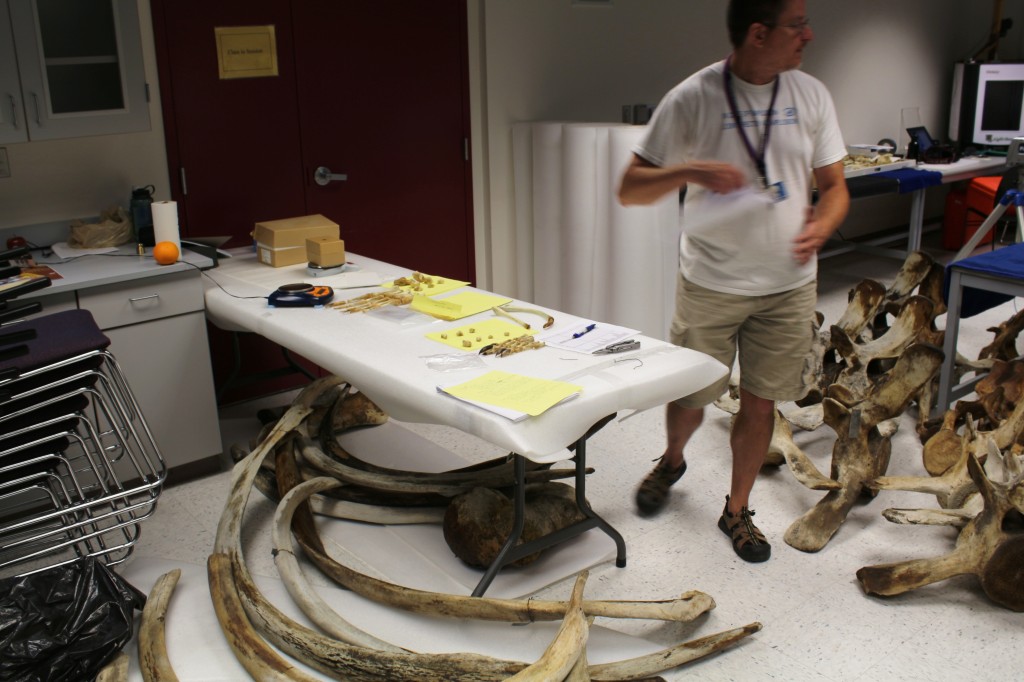 The Virtual Zooarchaeology of the Arctic Project, or VZAP, is a database that pulls together data from universities and museums around the world. That includes the Burke Museum, Smithsonian Institution and the Canadian Museum of Civilization; they have all willingly offered access to their considerable collections to the team.

You can view the database online (links below) through Idaho State University, where Maschner teaches and acts as the director for the Idaho Museum of Natural History. Right now he is up in Fairbanks and so soon the samples from the University of Alaska Museum will be added to the other samples and enrich their collection of detailed images of nearly every fish, bird and mammal species in the North American Arctic and sub-Arctic regions.

Why do this? Well, because access to the images is better than having the actual bones — with the 3-D models, viewers can rotate, take cross sections and perform other tasks – something that anybody can now do from anywhere. The images are so detailed, in fact, that professors and researchers around the world will be able compare their own samples with those available online through VZAP.

How Accurate are the scans? The images are accurate to one thousandth of a millimeter, and that is a resolution that is higher that most PC’s can cope with.

What initiated all this? The idea for VZAP came to Maschner years ago during a research project in the Aleutian Islands. He and other researchers were using animal bones to reconstruct a history of the North Pacific.

“We realized very early on there wasn’t a comparative collection anywhere in the world that was good enough to ID all of these bones,” Maschner said. “It would cost hundreds of thousands (of dollars) to travel to all the sites in the world to do so.”

How is it being funded? The National Science Foundation have provided funds for Maschner and his team of 3-D scanner technicians to make all the Arctic collections accessible to nearly anyone with an Internet connection.

hence the pictures above where you can see the technicians busy in Fairbanks using the last of this project’s funds. They were spending three weeks scanning like crazy to add the specimens at the Museum of the North into the virtual collection.

The project is nearing its end and they have already gathered most of the necessary species, but they really did need the trip to Fairbanks to fill a few gaps.