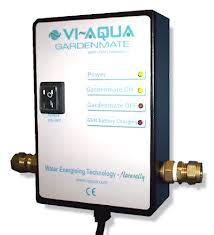 A GROUNDBREAKING new Irish technology which could be the greatest breakthrough in agriculture since the plough is set to change the face of modern farming forever.

It is talking about a product called Vi-Aqua that has been knocking about for quite a few years now. This is not “new” at all, the supposed “scientific” self-published paper on their website is dated 1998.

Claim: “Extensively tested in Ireland and several other countries”

Independently verifiable evidence for this claim … nothing at all.

Claim: “increases the output of vegetables and fruits by up to 30 per cent”

Independently verifiable evidence for this claim …nothing at all.

Makes water wetter!!! well, that is essentially what soap does.

Claim: “In recognition of the groundbreaking technology, the Royal Botanical Gardens at Kew, London, recently took the hitherto unheard-of step of granting Professor Austin Darragh and his team the right to use their official centuries-old coat of arms on the new technology – the first time ever that Kew Gardens has afforded anyone such an honour.”

Nope, this is an outright lie, Kew Garden have confirmed that they do not currently endorse vi-aqua. Apparently they once did, but they no longer do so and have not done so since 2006. I’m asking them for further clarifications on all this, why did they once endorse it, and what motivated them to stop endorsing it; I will let you know what I find out. However, given the outright lie that they still do, not just in the “inaccurate” Newspaper article, but on their website, I think we can happily discard all the other truly daft claims. (“greatest breakthrough in agriculture since the plough“)

There also exists a website called the Bunkhouse (run by a chemist) that lists all the water-related pseudo-scientific quackery that is being marketed, and sure enough, this Vi-Aqua scam makes that quackery list.

It should of course be rather easy to test this …

So has anybody performed any independent verifiable tests? As best as I can tell, apart from their own unverifiable claims, there is nothing available, and until there is a rather basic rule applies …

As for the Irish Independent, what the frack were they thinking to publish such nonsense, they have effectively permitted themselves to become a platform for the promotion of quackery. There is no excuse, all they needed to do was to google the product name to find it listed on the junk science list.

5 thoughts on “Daft Claim: vi-aqua is a Device that makes water wetter and increases the output of vegetables and fruits by up to 30 per cent”