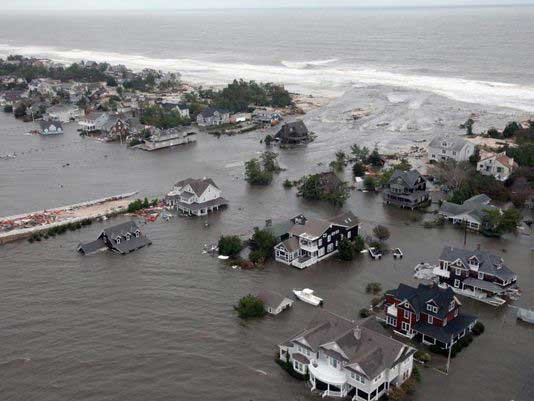 As yet another data point on the chart of the disconnect between the new US Administration and reality, there was a recent press release that highlights how the frequency of US Coastal flooding will double in the next decades. That risk is of course quite distinctly real. What is absent, the elephant that has apparently stepped out of the room, is the explanation for this rather mysterious rise is sea level. All references to climate change have been purged and expunged from this press release.

On the USGS site, the press release issued on 18th May entitled “In Next Decades, Frequency of Coastal Flooding Will Double Globally“, reads …

The frequency and severity of coastal flooding throughout the world will increase rapidly and eventually double in frequency over the coming decades even with only moderate amounts of sea level rise, according to a new study released today in “Scientific Reports.”

The new report from scientists at the U.S. Geological Survey, the University of Illinois at Chicago and the University of Hawaii shows that with just 10 to 20 cm (4 to 8 inches) of sea level rise expected no later than 2050, coastal flooding will more than double. This dramatic increase in coastal flooding results from rising sea levels combined with storm-driven flooding, including the effects of waves and storm surge.

Is this because everybody knows why, and it is obvious?

A deliberate decision was made to obliterate all references to climate change from the press release. This was reported in the Washington Post …

On Thursday, a group of scientists, including three working for the U.S. Geological Survey, published a paper that highlighted the link between sea-level rise and global climate change, arguing that previously studies may have underestimated the risk flooding poses to coastal communities.

However, three of the study’s authors say the Department of Interior, under which USGS is housed, deleted a line from the news release on the study that discussed the role climate change played in raising Earth’s oceans.

“While we were approving the news release, they had an issue with one or two of the lines,” said Sean Vitousek, a research assistant professor at the University of Illinois at Chicago. “It had to do with climate change and sea-level rise.”

Rather obviously the scientists are quite rightly rather upset about this politically motivated censorship, hence they have been drawing attention to what has happened here …

“It’s a crime against the American people,” Neil Frazer, a geophysics professor at University of Hawaii at Manoa and one of the study’s co-authors, said of the line’s removal and of other efforts to limit scientific communication from federal agencies. “Because scientists have known for at least 50 years that anthropogenic climate change is a reality.”

He added: “The suppression of this information is a scandal.”

The paper’s authors acknowledge the deletion did not make the news release wrong. But, they say, it made it incomplete.

The published paper, “Doubling of coastal flooding frequency within decades due to sea-level rise“, is available as an open access paper in Nature, and there the very first line in the abstract reads …

The study itself makes things abundantly clear, it is just the Department of the Interior that is obliterating all references to climate change.

As a point of related interest, the study itself reveals something rather interesting. In costal regions the amount of sea-level rise is smaller than the normal fluctuations caused by storm surges or waves. However, what this study reveals is that even those small sea-level rises in a time period spanning just a few decades will add to all that and so the risk of coastal flooding will rapidly increase. They did the obvious – they combined sea-level projections with wave, tide, and storm surge models and so estimated the increases in coastal flooding. What they found was this …

The 10 to 20 cm of sea-level rise expected no later than 2050 will more than double the frequency of extreme water-level events in the Tropics, impairing the developing economies of equatorial coastal cities and the habitability of low-lying Pacific island nations.

The USGS will happily issue a press release advising you that the risk of costal flooding is going to double in tropical regions over the next few decades, but apparently they have no idea why sea level is rising, not a clue, it is apparently just a big mystery to them.

So how does that work then?