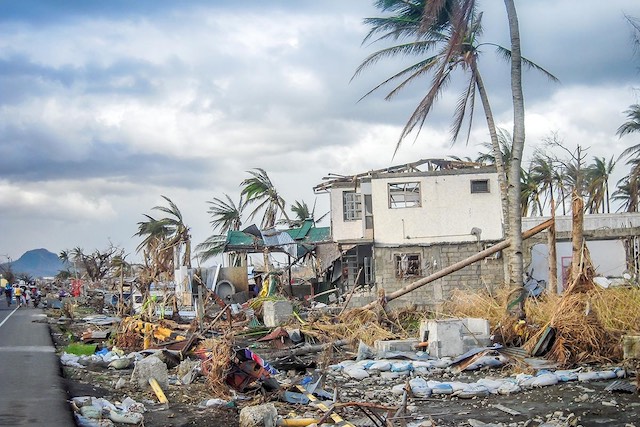 Christian Aid, a UK based relief and development agency, has published a report concerning the impact of Climate Change. Within this they identify 15 x $1 billion disasters either caused by or made worse by Climate Change in 2019

As a group they work to stop poverty and to also provide disaster relief on a global scale. Because they are the feet on the ground and have been doing relief work since 1945 they are aware of what has been happening to the climate. It directly impacts what they strive to do.

Here are the details.

Titled “Counting the Cost 2019: a year of climate breakdown” it identifies 15 of the most destructive droughts, floods, fires, typhoons and cyclones of 2019, each of which caused damage of over $1 billion. Seven of the events cost more than $10 billion each.

As a quick reality check, their numbers are probably wrong. These figures are likely to be underestimates – in some cases they include only insured losses and do not take into account the costs of lost productivity and uninsured losses.

Climate Change is the root cause

All of these billion-dollar disasters that they identify are linked with human-caused climate change. In some cases scientific studies have shown that climate change made the particular event more likely or stronger, for example with Cyclone Idai in Africa and floods in India and the United States. In other cases, the event was the result of shifts in weather patterns – like higher temperatures and reduced rainfall that made fires more likely or warmer water temperatures that supercharged tropical storms – that are themselves consequences of climate change.

The real impact is human and not financial

While the report focuses on the financial cost of climate change-driven extreme weather events, in many developing countries the human cost of climate change to vulnerable communities is even higher than the financial cost, and there are many slow-onset droughts, weather change and sea encroachment that are progressively and devastatingly impacting millions of people worldwide.

What Disasters do they identify?

The most financially costly disasters identified by the report were wildfires in California, which caused $25 billion in damage, followed by Typhoon Hagibis in Japan ($15bn) and floods in the American mid-west ($12.5bn) and China ($12bn). The events with the greatest loss of life were floods in Northern India which killed 1,900 and Cyclone Idai which killed 1,300.

Do the true subject matter experts, the climate scientists, agree with the content of this report?

Short answer: Yes they do.

Dr Adelle Thomas, Director of the Climate Change Research Centre at the University of the Bahamas, Senior Research Associate at Climate Analytics and one of the lead authors of the IPCC’s 6thAssessment Report, said:

“In small island developing states, such as The Bahamas where I’m from, we’ve experienced first-hand the repeated devastation caused by the climate crisis. Most recently, the record breaking Hurricane Dorian destroyed lives, livelihoods and our sense of security.

“This was unfortunately not an isolated event, as multiple hurricanes in recent years have resulted in unprecedented devastation throughout the Caribbean region. The great tragedy of climate change is that it is the poorest and most vulnerable who suffer the most, despite us doing the least to cause it.

“However as this year has shown, no continent is immune from global warming and its impacts.  It’s vital that countries step up and deliver stronger action plans and much increased ambition before the COP26 summit in Glasgow in November.”

“If anything 2019 saw even more profound extreme weather events around the world than last year, including wildfires from the Amazon through to the Arctic, devastating out-of-season, simultaneous wildfires in California and Australia, winter heat waves and devastating superstorms. With each day now we are seemingly reminded of the cost of climate inaction in the form of ever-threatening climate change-spiked weather extremes.”

“2020 is going to be a huge year for how the world responds to the growing climate crisis.  We have the biggest summit since the Paris agreement was signed five years ago, taking place in Glasgow, where countries must commit to further cut their emissions in line with the 1.5C temperature limit, and boost funding for poor countries suffering from the kind of impacts seen in this report.

“Last year emissions continued to rise, so it’s essential that nations prepare these new and enhanced pledges for action to the Paris agreement as soon as possible. That will ensure the world responds urgently to the warnings of scientists, as well as the demands from school children around the globe who are horrified at the kind of world they are being forced to inherit.”

Dr Doreen Stabinsky, professor of global environmental politics at the College of the Atlantic, said:

“This report is an important warning about the substantial current economic and human costs of climate change, costs that scientists tell us will just continue to rise unless we stop burning fossil fuels.”

“It is no wonder youth around the world are taking to the streets to demand that we write a different story towards a better future – a story where we take urgent and immediate actions now to stop the emissions that are leading to these devastating disasters.”