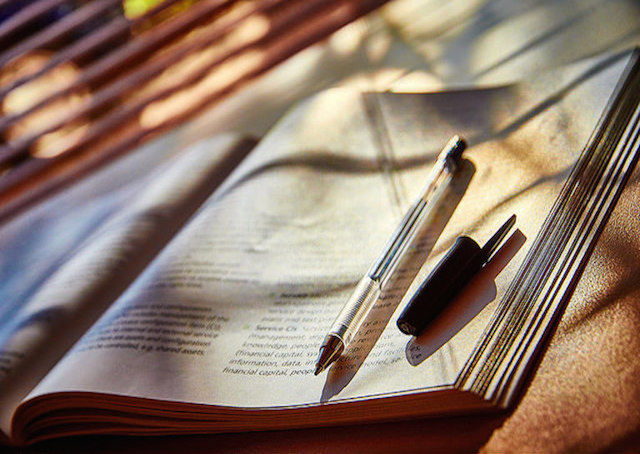 The question I’m asking myself is this – What have been the top 7 most significant Climate Change related scientific papers and reports published in 2019?

To put that another way – what is very robustly founded upon the very latest data and has been composed by the most experienced subject matter experts? Does it also effectively communicate to a wide audience?

There is of course a great deal to review, so I’ve picked a personal selection from from the various papers and reports that have caught my attention during the year.

What you have here is an insight from the cutting edge that has granted our species a better understanding of what is going on and what trajectory we are currently on.

Will we listen and respond in an appropriately meaningful manner?

That is the question that demands an answer in 2020.

Side note: In a couple of instances, I’ve grouped several together as one item because they are related in that they focus on the same topic and/or use a common data source.

This first one comes in two variations but utilised a common foundation. In March we got the WMO Report – the latest “State of the Planet”?

Each year the WMO (World Meteorological Organization) issues their “State of the Planet” report. Because they were founded in 1873 and represent every Meteorological Organization on the planet, all they can do is to be honest and truthful – there is no political spin in the mix. What was of note is that it contained very dire warnings and strong language. This is a very comprehensive distillation that rests firmly upon published scientific papers and cites source for everything.

I’ve included a second document here. In August, the American Meteorological Society also published a “State of the Planet” report. This is also a highly reputable 325 page report, and in a similar manner is a composite of solid evidence-based scientific information from over 475 scientific authors, plus 21 editors, all from 57 countries. (This second one might indeed be dated Sept 2019, but was made available in Aug).

Key message from both was this:

On 8th Aug 2019, the IPCC published a Special Report on Land Use. This is an IPCC special report on climate change, desertification, land degradation, sustainable land management, food security, and greenhouse gas fluxes in terrestrial ecosystems.

Work on the report was initiated back in 2016, and was worked on by 103 experts from 52 countries who were selected as Coordinating Lead Authors. They all worked hard on pulling together this robustly evidence-based scientific report. This has a very solid foundation in the available scientific literature. It has been very carefully reviewed and refined by the best available subject matter experts.

One media outlet summed it up as follows …

The climate crisis is damaging the ability of the land to sustain humanity, with cascading risks becoming increasingly severe as global temperatures rise, according to a landmark UN report compiled by some of the world’s top scientists.

Global heating is increasing droughts, soil erosion and wildfires while diminishing crop yields in the tropics and thawing permafrost near the poles, says the report by the Intergovernmental Panel on Climate Change.

Further heating will lead to unprecedented climate conditions at lower latitudes, with potential growth in hunger, migration and conflict and increased damage to the great northern forests.

3 of 7.(Sept) IPCC Special Report on the Ocean and Cryosphere in a Changing Climate (#SROCC)

Published on 25th Sep 2019, this is a very comprehensive and important document. The statistics behind it will give you a sense of this …

this in a nutshell (if a very dense one) is why we scientists are so totally freaked out: it indicates the changes in the environment (caused by GH gas emissions) are going to get much, much worse if we don’t get our shit together.

The report was coordinated by the World Meteorological Organization and compiled under the auspices of the Science Advisory Group to the UN Secretary-General’s Climate Action Summit. It aimed to present a “transparent envelope” of authoritative and actionable cutting-edge science.

Emerging here is a growing recognition that climate impacts are hitting harder and sooner than climate assessments indicated even a decade ago.

5 of 7.(Nov) The Production Gap discrepancy

Related to the above, in the sense that it carried the same message, was the publication of the UN emissions gap report. This highlighted these main facts …

November also saw publication of the latest WMO Greenhouse Bulletin. This is basically a summary of what is actually happening within the atmosphere of our planet.

The rather shocking insight was this – Despite all the green initiatives, CO2 levels within our Atmosphere are still climbing upwards. There has been no decline at all.

December (this month) saw the publication of the latest Arctic Report card. This Report Card is an annual volume of original, peer-reviewed environmental observations and analysis of a region undergoing rapid and dramatic change. Compiled by 81 scientists from 12 nations.

The essence of this latest report is this – Arctic ecosystems and communities are increasingly at risk due to continued warming and declining sea ice.

Why did I lean towards these reports?

Basically because they do several things …

I can’t simply leave it at that. I have one quote that stands out. If you take nothing else away from all of these reports, then grasp a firm hold of this …

“We will only be able to keep global warming to well below 2°C above pre-industrial levels if we effect unprecedented transitions in all aspects of society, including energy, land and ecosystems, urban and infrastructure as well as industry. The ambitious climate policies and emissions reductions required to deliver the Paris Agreement will also protect the ocean and cryosphere – and ultimately sustain all life on Earth,”

“The more decisively and the earlier we act, the more able we will be to address unavoidable changes, manage risks, improve our lives and achieve sustainability for ecosystems and people around the world – today and in the future,”