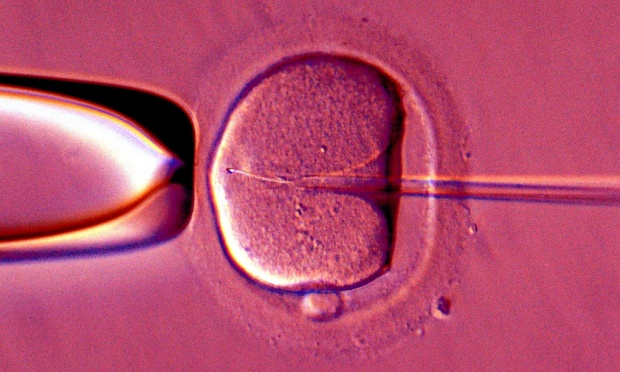 This week the UK’s MPs’ vote on a decision regarding mitochondrial gene therapy. You would think that the obvious rational decision should be “of course” because this is about making a dramatic change in the lives of those who might inherit a mitochondrial disease, which is passed on to children from mothers who possess mutations in the DNA of the mitochondria in their bodies’ cells. The Guardian has a nice little article that spells out the fantastic difference it will make …

An example is provided by one of Turnbull’s patients, Marie Austen from Sunderland. Her son, Adam, was diagnosed with mitochondrial disease that had damaged his heart, but before he could have a transplant he died two years ago, aged 13. “I wanted to see Adam grow up but that has been taken from me,” said Marie.

However, a solution for families like Austen’s is now a real prospect thanks to work pioneered by Turnbull and his colleagues. They have developed an IVF technique that involves taking an egg with healthy mitochondria from a donor female. Its main nuclear genes are then scooped out and replaced with those of a woman affected by mitochondrial disease but whose basic nuclear DNA is healthy. The egg is then fertilised using her partner’s sperm. In this way an embryo is created that has the central genes of the two parents but no longer carries the mutated mitochondrial DNA once carried by the mother. The technique is known as mitochondrial replacement.

This works, but it has never been done on humans yet, and so there is a vote this week to decide if this should be permitted. The obvious answer is “of course”, and so most Doctors give this a thumbs up, including a rather long list of Nobel Prize winners, so what’s the problem?

Basically two factors are in play, one is raw unadulterated fear rooted in scientific ignorance, and the other is religious superstition …

They say that using nuclear DNA from two parents and mitochondrial DNA of a third-party donor would create three-parent babies and that this represents a slippery slope to a “Frankenstein future”. At least 60 MPs have indicated their opposition while the Church of England says the vote is being rushed through parliament.

This claim brings Turnbull close to choking. “We have been working on this for 15 years. There have been scientific assessments, independent safety reviews, ethics reviews, and considerable public consultation. This has been an exemplary example of proper consultation and evidence-based policy – yet they say we are rushing things.

“They want us to delay this, which means the women I treat and who are affected by this disease will not have the chance to have healthy children while that goes on. It has been an intense process to get us to this stage. Who is to say if another government will have the will to go on with it?”

Alison Murdoch, professor of reproductive medicine at Newcastle University, says: “The people who oppose this work are much better organised than the people that actually need the treatment.

“They say around 30% of the population is against this kind of medical intervention. But when you actually sit down with a group of people and explain what you want to do, they all say the same thing: why not?”

How is it that the Church of England gets to interfere like this?

Well basically because we still have a collection a dusty ignorant bishops in the house of lords, and a tabloid media that indulges in fear-mongering. So on what basis do we have bishops in a position that empowers them to keep us in the victorian era and refuse to permit us to progress? The only criteria they have for being there is that they have an imaginary friend whom they consider to be quite real, and rather a lot of people pander to this and play along with it for cultural reasons.

We might indeed be tempted to point to other nation states where Islamic Mullahs interfere and impose a religious theocracy that oppresses modernity, progress, and liberty, but before we do that too many times, we should not forget that we are not too different, we also still retain the head of a religion as head of state, and empower clerics to interfere in the day to day running of the state. Granted such powers have been greatly moderated and those who wield such power often do act in a moderate and rational way, but not always as is the case here.

The elimination of genetically inherited diseases means that successive generations will not carry the genes … how exactly is this a bad idea in any ethical or moral framework I truly struggle to grasp.

One further observation … the big objection that the Church of England raises is the concept of children being children of three genetic parents.