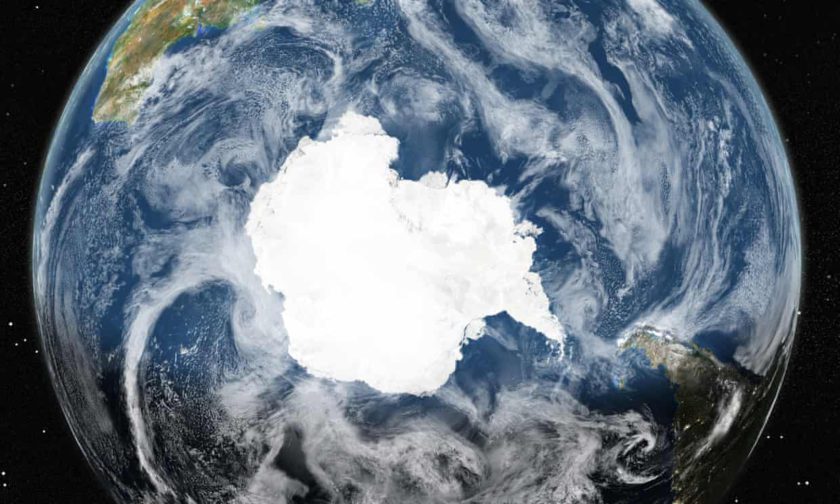 The title of this posting is the title of a paper published in Nature on Jun 29, 2020. The essence of this South Pole warming is this …

Over the last three decades, the South Pole has experienced a record-high statistically significant warming of 0.61 ± 0.34 °C per decade, more than three times the global average.

The Antarctic is far away, nobody lives there, so why worry?

Well … let me put it this way. What would happen if all the ice in the Antarctic melted? The 2013 Bedmap2 paper has the answer …

What we will not see in our lifetime is all of it melting. However, what we will find is that in a warming world sea level will rise, and will continue to rise at an accelerating rate. Projections for 2100 are that a global sea level rise of 200 to 270 cm (6.6 to 8.9 ft) this century is “physically plausible”.[8][3][9].

There is nothing magical about the year 2100. In other words, it will not simply stop. Instead the increase will continue relentlessly year after year and keep going. That’s the big picture here.

Let’s dive into this latest paper.

What is in this new study?

They examine the recent SAT changes at Earth’s southernmost weather observatory, the Amundsen–Scott station located at the South Pole. An analysis in the ‘State of the Climate in 2018’ report showed that Amundsen–Scott station (and Vostok, the only other Antarctic Plateau station with a similarly long SAT time series) recorded their warmest year on record in 2018, both being +2.4 °C above their 1981–2010 climatological averages.

Why has this happened?

The study reveals that the warming resulted from a strong cyclonic anomaly in the Weddell Sea caused by increasing sea surface temperatures in the western tropical Pacific. This circulation, coupled with a positive polarity of the Southern Annular Mode, advected warm and moist air from the South Atlantic into the Antarctic interior.

The point is this.

There is an intimate linkage of interior Antarctic climate to tropical variability.

But There are huge natural variations at the South Pole

The observed south pole temperature, with measurements dating back to 1957, shows 30-year temperature swings ranging from more than 1℃ of cooling during the 20th century to more than 1.8℃ of warming in the past 30 years.

This variability at the south pole is so extreme it currently masks human-caused effects.

However, what the study brings to the table is an understanding that extreme variations in south pole temperatures can be explained in part by natural tropical variability.

They have run the numbers and analysed more than 200 climate model simulations. This reveals that recent increases in greenhouse gases have possibly contributed around 1℃ of the total 1.8℃ of warming at the south pole.

Sorry, but HMS Worry sailed decades ago. Now is the time we need to be taking decisive meaningful steps to address the problem.