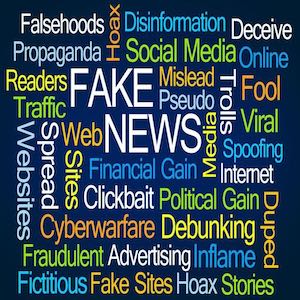 Last Friday I was writing a bit about prebunking under the title “Disinformation Vaccines” and highlighted several online games that have been specifically designed to inoculate the player against misinformation. There is a new one that I can add to the list called “Harmony Square“.

First let’s briefly cover a few questions that might arise.

What exactly is prebunking?

The concept is akin to a vaccination against misinformation. The spread of misinformation is a growing problem, particularly online, with serious consequences in the real world. We have literally millions of people who have happily voted from a con man because they truly believe the misinformation they have been fed.

Even last weekend there were marches in the streets by people protesting against mask wearing. Do they have a valid point, is their stance that masks will kill you in any way factual?

The strategy is to teach you how to con people with misinformation. In other words, once you become familiar with the techniques used to manipulate, then you can soon spot them.

I should perhaps also add one important point. Such games are not the only solution, but rather is one potential line of defence. A great deal more will be needed beyond this. For example, legislation that will hold social media companies to account if they fail to tackle misinformation, public media Literacy education, etc..

Is there any scientific evidence that using games to induce pre-emptive resistance against misinformation are effective?

The University of Cambridge launched the browser game called “Bad News” in 2018. They then proceeded to conduct a study. Thousands of people spent fifteen minutes completing the game. Many allowing their data to be used. The study was published in the journal Palgrave Communications in 2019. It showed that the perceived reliability of fake news before playing the game had reduced by an average of 21% after completing it. Yet the game made no difference to how users ranked real news. The researchers also found that those who registered as most susceptible to fake news headlines at the outset benefited most from the “inoculation”.

“We wanted to see if we could pre-emptively debunk, or ‘pre-bunk’, fake news by exposing people to a weak dose of the methods used to create and spread disinformation, so they have a better understanding of how they might be deceived.

“This is a version of what psychologists call ‘inoculation theory’, with our game working like a psychological vaccination.”

“We find that just fifteen minutes of gameplay has a moderate effect, but a practically meaningful one when scaled across thousands of people worldwide, if we think in terms of building societal resistance to fake news,”

The team have translated the game into nine different languages, including German, Serbian, Polish and Greek. WhatsApp have commissioned the researchers to create a new game for the messaging platform.

The team have also created a “junior version” for children aged 8-10, available in ten different languages so far.

“We want to develop a simple and engaging way to establish media literacy at a relatively early age, then look at how long the effects last,” said Roozenbeek.

Where can I find more detail?

The Harvard Kennedy School has a lot of detail that they published on this – available here.

There is also of course the original “bad News game itself – available here.

The developers of Bad News have used what they previously learned and have created a new game called “Harmony Square.

Over the course of 4 levels, players learn about 5 manipulation techniques commonly used in the spread of political media content: trolling, using emotional language, polarizing audiences, spreading conspiracy theories, and artificially amplifying the reach of their content through bots and fake likes.

Does this work, have they conducted studies for this version as well?

You bet they have.

Overall, they find that people who play the game …

This data supports Harmony Square’s effectiveness as a tool to inoculate people against online manipulation.

You can find the full study – available here.

Is the effect being measured truly a result of the game? – Players know that the game is designed to “inoculate” them. Does that knowledge in any way skew the results?

Is this an effective strategy?

It is a good first step, but can never be a complete solution. Being aware of how people can be misinformed, needs to be coupled with enhancing critical thinking skills. People should become aware of confirmation bias and motivated reasoning.

Does intelligence play a role? Perhaps, but not in the manner you might expect. The smarter you are, the better you can be at dreaming up ways to rationalise batshit crazy beliefs.

Learning new skills can be effective tools to better insights, but can also be abused. For some, a minority, learning how to effective deploy misinformation means that they will go out and do exactly that.

Will such games truly impact our culture on a broad scale?

Steve Novella points out the following on Nurologica …

I see this as an interesting baby step which may have utility, but by itself is unlikely to have a significant positive impact on the culture. If you look at the totality of research, and this conforms to my personal experience, people need not only media savvy, but also scientific literacy and critical thinking skills to have real resistance to misinformation and deception. And these skills need to be fairly advanced. But also the skills themselves are not enough, they have to be combined with a genuine desire to believe only what is true, and have the willingness and humility to acknowledge that what you currently believe may be wrong (and is almost certainly incomplete). There has to be a genuine dedication to process and validity that is greater than the desire to maintain a certain position, even if that position is closely tied to your ideology or identity.