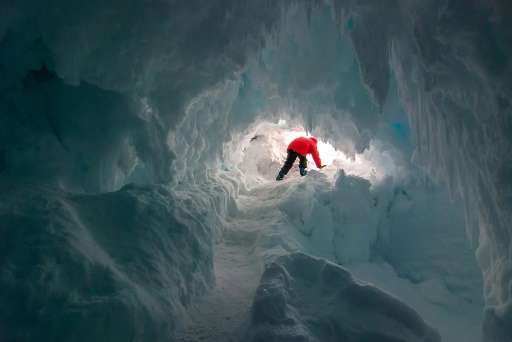 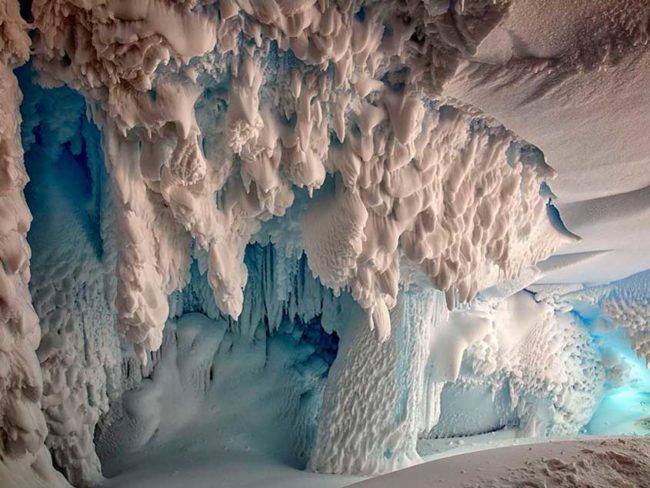 The Antarctic is of course glaciated and very very cold, that is well understood. What is new is the realisation that it is not all a barren lifeless landscape, but instead contains niches where life has potentially gained a foothold in a rather surprising way. Hidden under the ice are Geothermal ice caverns. This is because Antarctic is volcanically active.

There is a new paper entitled “Evidence of plant and animal communities at exposed and subglacial (cave) geothermal sites in Antarctica” that documents this new insight.

What exactly does the paper establish?

Basically their hypothesis is that Geothermal areas, such as volcanoes, might have acted as glacial microrefugia for a wide range of species.

To explore this idea they carried out metabarcoding (eDNA) analyses of soil samples taken from exposed areas on three volcanoes in Victoria Land, and subglacial caves on Mount Erebus. Below is a simplified representation of a metabarcoding pipeline:

This paper contains the results. They found evidence of numerous eukaryotic groups, including mosses, algae, arthropods, oligochaetes and nematodes, at both exposed and subglacial sites.

In other words, they have got results that do support the notion that geothermal areas—including subglacial environments—can nurture biodiversity in glaciated regions.

Within the region they explored, Mount Erebus, the subglacial cave systems are extensive and can be interconnected. It is potentially not a unique aspect of just this one area. Geothermal caves have also been identified on other volcanoes in Antarctica, including Mount Berlin and Mount Melbourne. For the record, it is not just the Antarctic,  Mt Rainier in Washington State in the US contains such ice caves at the top (I’ve climbed it and can verify that). The same is also true of Grımsvotn in Iceland. Such Geothermal cave systems could potentially exist within many Antarctic Volcanos. We simply don’t know because they have not been explored.

There are more than 15 volcanoes in Antarctica that are either known to be currently active or show evidence of recent activity. New subglacial volcanoes continue to be discovered, so this is all a distinct possibility.

What we have is still very much an unknown, a mystery. We simply do not know how extensive life might be within these Geothermal caves, or for that matter how common such caves might be.

As you might perhaps anticipate, most of the sampled DNA matched to fungal sequences on GenBank. That is perhaps what you would expect to find within a cave system.

What about non-fungal eukaryotes, did they get any hits?

Actually, yes they did. Now that is fascinating for life in such a region. To be clear here, the term eukaryote describes an organism with complex cells, or a single cell with a complex structures. In these cells the genetic material is organized into chromosomes in the cell nucleus. We are basically talking about Animals, plants, algae and fungi.

Yes, you read that correctly, they found animal sequences.

So what are the implications of this?

Their results suggest a diversity of invertebrates including nematodes (roundworms), oligochaetes (earth and aquatic worms), and arthropods (an invertebrate animal having an exoskeleton), as well as plants such as mosses and green algae, occur at geothermal sites in Antarctica, and did (or still do) inhabit subglacial cave systems on Mount Erebus.

It’s a fascinating hint at just how diverse life really is and how it can find and then colonise ecological niches in the most surprising and unexpected places.

One last observation … most of what they found exists elsewhere and so is not a surprise, but some of it does not appear to match any other group of plant or animal. That perhaps points to something entirely undiscovered.