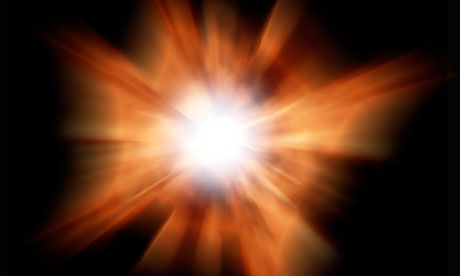 The UK’s Guardian reports that the discovery of primordial gravitational waves by the Bicep telescope at the south pole could potentially give scientists insights into how universe was born.

There is intense speculation among cosmologists that a US team is on the verge of confirming they have detected “primordial gravitational waves” – an echo of the big bang in which the universe came into existence 14bn years ago.

Rumours have been rife in the physics community about an announcement due on Monday from the Harvard-Smithsonian Center for Astrophysics. If there is evidence for gravitational waves, it would be a landmark discovery that would change the face of cosmology and particle physics.

Gravitational waves are the last untested prediction of Albert Einstein’s General Theory of Relativity. They are minuscule ripples in the fabric of the universe that carry energy across space, somewhat similar to waves crossing an ocean. Convincing evidence of their discovery would almost certainly lead to a Nobel prize.

“If they do announce primordial gravitational waves on Monday, I will take a huge amount of convincing,” said Hiranya Peiris, a cosmologist from University College London. “But if they do have a robust detection … Jesus, wow! I’ll be taking next week off.”

Now, it is perhaps about here that a few will be scratching their heads and wondering what the big deal here is.

OK, lets briefly delve into all this a bit.

Einstein described it like this – imagine a stretched rubber sheet. Now roll a table tennis ball across and it would move in a straight line – in a similar manner an object would travel in a straight line in the absence of gravity. Put a bowling ball in the middle and the sheet would then  stretch. This is the bending of spacetime. If were to then roll the table tennis ball across the sheet again, it would now follow a curved path. It is attracted towards the bowling ball because of its gravity. 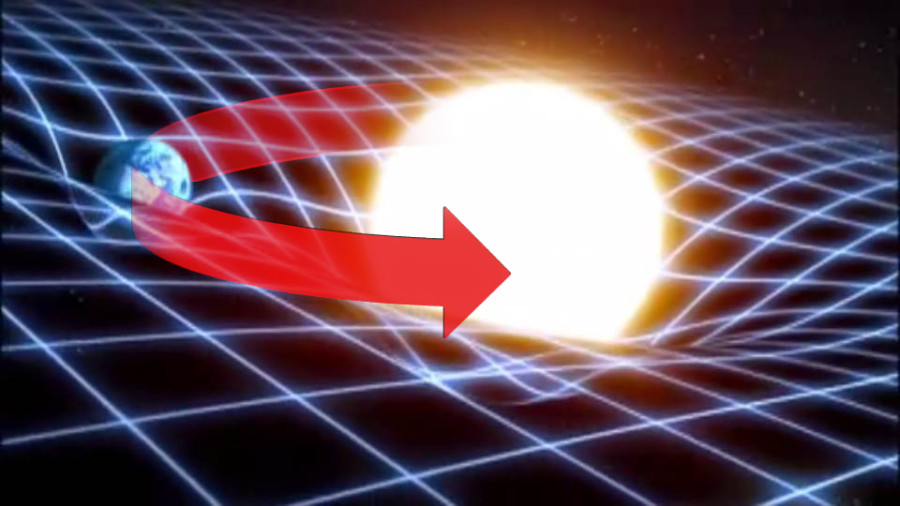 Yes OK, that’s gravity, so what are gravitational waves?

When massive objects move, the curvature of spacetime must change to follow their new positions. However (and this is the key to all this) it takes time for spacetime to react, because information can only propagate at the speed of light. There are therefore ripples in spacetime, just like there would be ripples on a pond if you were to disturb its surface. These ripples in spacetime are gravitational waves.

We already know that gravitational waves are real, Hulse and Taylor got a Nobel Prize for that back in 1993 for the discovery of a binary pulsar whose signals change frequency due to the emission of gravitational radiation at just the rate predicted by General Relativity.

Yes, but why is this such a big deal?

If we can indeed detect primordial gravitational waves (it has yet to be officially announced, however you only need to wait until Monday) then it gives us a completely new window into the universe … think of it as being akin to the discovery of the telescope. Detecting primordial Gravitational waves will offer a unique probe into some of the most extreme systems in the Universe. The originate from merging supermassive black holes; from binary stars orbiting at close to the speed of light, and from the Big Bang itself. The trick in primordial gravitational wave astronomy is detecting the waves, and then disentangling the signals to extract the information they contain.

The rumour is that the folks at the Bicep telescope at the south pole have finally cracked that challenge.

“If Bicep have made a detection,” he says, “it’s clear that this new window on the universe is really opening up.” – Martin Hendry at the University of Glasgow

“The primordial gravitational waves have long been thought to be the smoking gun of inflation. It’s as close to a proof of that theory as you are going to get,” – Hiranya Peiris, a cosmologist from University College London.

“If a detection has been made, it is extraordinarily exciting. This is the real big tick-box that we have been waiting for. It will tell us something incredibly fundamental about what was happening when the universe was 10-34 seconds old,” – Prof Andrew Jaffe, a cosmologist from Imperial College, London

We live in exciting times folks … enjoy it.

Gravitational radiation is a strong prediction of General Relativity, but that is a theory for which we already have abundant evidence, so finding yet more evidence would be exciting but not revolutionary. However, proving that inflation took place probes at the most fundamental physics – now that is exciting, and would be a discovery that makes a lot of waves that will ripple out into the scientific community (yes OK, I could not resist the pun).

The announcement will be made on Monday at 4pm GMT.