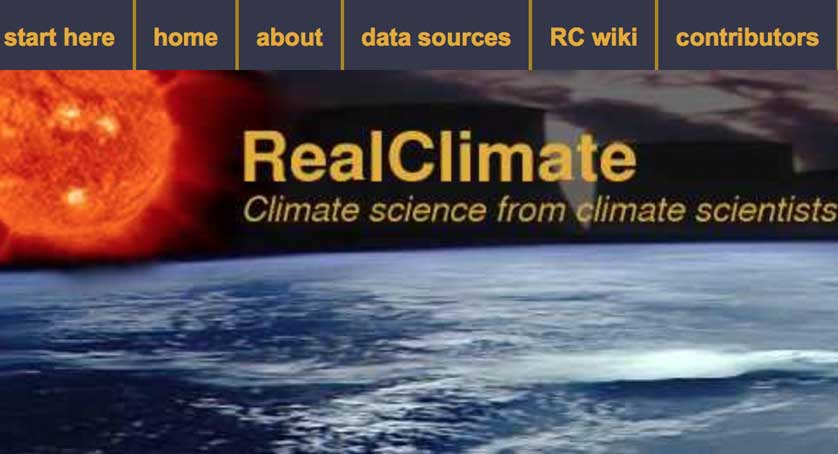 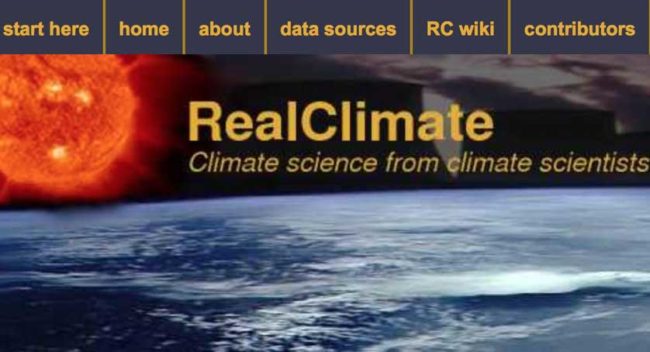 The website RealClimate has a great “StartHere” option where you can learn all about climate science. Is that really a good place to start, or is it simply one lone subject matter expert listing things from his unique viewpoint?

Actually, it really is a great place to start. The website consists of commentary on climate science by active climate scientists. To be a tad more precise, specifically these guys. If you are familiar with the movers and shakers in the climate science arena then you will most probably recognise these names …

Where should I start if I know nothing?

I’m not asking that question in the context of a career change, nor am I proposing that you should abandon everything and embark upon an university education, but rather, “Where should I go to learn more about climate science?” in the context of simply being interested.

There is a booklet on Climate Literacy from multiple agencies (NOAA, NSF, AAAS) available here(pdf).

The UK Govt. has a good site on The Science of Climate Change (added Sep 2010).

Those with some knowledge:

The IPCC AR4 Frequently Asked Questions (here are an excellent start. These cover:

Updates to these questions were provided in the 5th Assessment report (pdf).

The UK Royal Society and US National Academies of Science produced a joint Q&A on climate change in 2014, and an update in 2017.

RealClimate: Start with our index

Informed, but in need of more detail:

All of the below links have indexed debunks of most of the common points of confusion:

Please feel free to suggest other suitable resources, particularly in different languages, and we’ll try to keep this list up to date.

Why Does it matter, why should we be interested?

Climate Change will impact our entire species, and if we do nothing, then those impacts will unfold in a dramatic manner. Cities we are all familiar with such as New York and London will cease to exist as dramatic levels of sea level rise unfold. Many areas of the planet will no longer be capable of sustaining human life as temperatures soar beyond the limits of human tolerance. We face an actual existential crises.

Luckily none of this is inevitable. If we take decisive meaningful action then we can and hopefully will avoid such worst case scenarios.We have already embarked upon that path with the signing of the Paris Agreement, but that is just a beginning, there is still a long way to go, and we need to rapidly take the steps required.

There are those that deny the very existence of the very robustly evidence-based reality of what we face (waves to Trump, Scott Pruitt, Lamar Smith, and others). I’m sure the huge oil and gas donations they have received has not in any way influenced their positions. There are also institutions dedicated to denialism such as the Heartland Institute, the same folks who previously pushed hard against the idea that tobacco caused cancer. These tribal leaders are bought and paid for to promote these positions by commercial interests, and so their anti-intellectual denialism becomes mantra within the Republican tribe and that leads to many, not all, within the tribe to fall in line.

Regardless of where you stand within the political arena, if you care about facts and reality then you can gain a good understanding of why climate scientists have been expressing a considerable degree of alarm concerning global warming, and also why the counter arguments simply do not withstand any analysis.

If you start with a conclusion, you will be able to cherry pick stuff that confirms that preexisting conclusion. If however you put that very natural emotional bias to one side and seriously examine the available evidence, then you will be able to reach the best possible conclusion that is is not simply opinion based but instead is wholly objective.

Bottom Line: Doing nothing is not an option. Burying you head in the sand and ignoring it will not change reality.