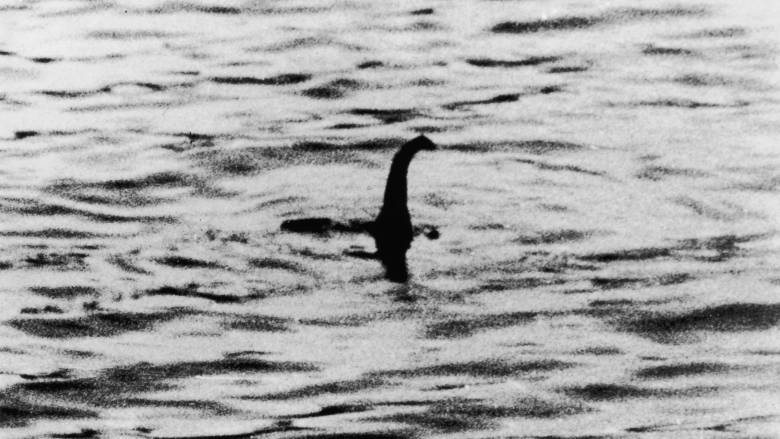 There is a story that has been picked up by the media regarding a group of scientists who have embarked upon a hunt for the Loch Ness Monster. For example we have this Reuters story …

LONDON (Reuters) – A global team of scientists plans to scour the icy depths of Loch Ness next month using environmental DNA (eDNA) in an experiment that may discover whether Scotland’s fabled monster really does, or did, exist.

The story even includes this quote …

“This DNA can be captured, sequenced and then used to identify that creature by comparing the sequence obtained to large databases of known genetic sequences from hundreds of thousands of different organisms,” said team spokesman Professor Neil Gemmell of the University of Otago in New Zealand.

They are not the only ones playing the monster angle, some very reputable sources also made a splash with this …

It’s not actually a monster hunt

The one tiny little flaw with all of this media hype is that it is not really what is going on. The problem is that any hint of “research” associated with Loch Ness will rapidly result is media stories that wade rapidly into the deep end of monster mythology.

Where did the media get this from?

The University of Otago in New Zealand put out a press release on 21st May. This is the alpha source for it all.

Otago scientist set to tackle the mystery of Loch Ness

The story of the Loch Ness monster is one of the world’s greatest mysteries. We have waited more than a thousand years for an answer on its existence. Now, it is only months away.

A global team of scientists, led by Professor Neil Gemmell of the University of Otago, New Zealand, is set to investigate the murky waters of Loch Ness in June 2018.

The team will use environmental DNA (eDNA) sampling of the waters to identify tiny DNA remnants left behind by life in the loch.

What do those involved in this “monster hunt” actually say when quoted?

If there is any evidence of DNA sequences similar to those predicted to come from a large extinct marine reptile, the so called “Jurassic hypothesis”, Professor Gemmell says he will be surprised, but he is open minded about what they might find.

That’s because this is not a monster hunt …

“While the prospect of looking for evidence of the Loch Ness monster is the hook to this project, there is an extraordinary amount of new knowledge that we will gain from the work about organisms that inhabit Loch Ness – the UK’s largest freshwater body.”

He predicts the team will document new species of life, particularly bacteria, and will provide important data on the extent of several new invasive species recently seen in the loch, such as Pacific pink salmon, while also gaining a better understanding of the native species that reside there.

The use of eDNA sampling is already well established as a tool for monitoring sharks, whales, fish and other animals. It should readily reveal what species live in the dark, mysterious waters of Loch Ness.

Professor Gemmell says the approach works because life is messy.

“Whenever a creature moves through its environment, it leaves behind tiny fragments of DNA from skin, scales, feathers, fur, faeces and urine. This DNA can be captured, sequenced and then used to identify that creature by comparing the sequence obtained to large databases of known genetic sequences from 100,000’s of different organisms – if an exact match can’t be found we can generally figure out where on the tree of life that sequence fits.”

The real story is eDNA

Life leaves bits of itself behind … poo, skin, etc…. If you take samples of water or dirt then you will be able to isolate and decode this environmental DNA (eDNA). That can then be matched that against a DNA database to see what you have got. This is becoming an increasingly powerful scientific tool for two reasons …

The value of this approach is that you can in effect take a complete snapshot of an entire ecosystem. The value this brings is that you gain extremely valuable insights that are not practically possible via any other means. To illustrate what else it has been used for here is a quote from National Geographic …

eDNA is helping scientists make major discoveries. In 2011, biologists found the DNA of Asian carp in the canals around Chicago, suggesting that the invasive fish was poised to move into the Great Lakes. In 2016, biologists sampled seawater off the coast of Qatar to understand the genetics of a massive “swarm” of whale sharks. In 2017, researchers announced that they had isolated Neanderthal DNA from soils in Spanish, Russian, and Belgian caves.

Why Spin it at Loch Ness with monster mythology?

Professor Gemmell when interviewed roughly about a year ago (May 2017) was asked this very question. He explained it as follows …

Some of my colleagues have said, oh, this is just a bit silly and you’re diverting attention from important questions – why don’t you tell them about the really cool stuff, not this nonsense? And I said, well, you know, I’ll tell them about whatever people are interested in. And I will try to take the conversation in a direction where I can add a bit of knowledge in and around what we do, attached to the idea of something that people actually give a damn about.

… If we found anything that looks a bit different, I think that would be world breaking news, right? Even if we found there were DNA traces of something that hadn’t been described in science before, I can see people getting very excited about that. Whether or not it’s a monster – it might be a new species of bacteria – I don’t know. But anything new that we can link to that loch will, I think, be interesting.

OK, I get that. Latch on to something that hooks people and then use it to communicate the power of science.

There is also perhaps another factor in play, namely funding. Mention that you want to eDNA sample some anonymous lake and watch as eyes rapidly glaze over. Mention that a university is off on a monster hunt to Loch Ness and you may indeed find various TV companies falling over each other to both film you and also fund you.

Is there any evidence that this is really what is driving the spin?

A SCIENTIST from New Zealand believes he can finally uncover the mysteries of Loch Ness.

Neil Gemmell, geneticist and professor at the University of Otago, travelled to Drumnadrochit to meet researchers at the Loch Ness Project and has plans in place to return next summer with equipment and funding to collect water samples.

Mr Gemmell (50) said: “I’ve been interested in the monster myth for a long time.

“I saw some tweets by Darren Naish – he had just published the book Hunting Monsters  and I wondered if anyone had used environmental DNA technology on Loch Ness so I started making enquires.”

Mr Gemmell plans to start crowdfunding for the research. He believes it will cost around £100,000 to undertake the project.

He has already been approached by companies looking to make TV documentaries and has been offered help with boats and people power from Adrian Shine at the Loch Ness Project.

He added: “I don’t believe in the Loch Ness Monster but I am open to the idea of something unusual living in the loch.

“It is a great opportunity to have an adventure, to explore what is at those depths and hopefully shed some light on the loch’s mysteries.”

There is no secret here, he is quite open about the fact that he does not believe there is a monster, but will happily play that angle to get funding.

Will we finally get a definitive answer?

I can more or less guarantee you that no matter what the result is, those that believe will continue to believe, even if they don’t really believe. Tourism is a valuable source of income, and so a bit of monster mythology helps to boost that. It will never go away because it is simply too valuable.

Meanwhile, the value of the hype is recognised as a positive …

Publicity is also no small thing, especially for a rapidly developing scientific field. “I was skeptical about my lab head joining the hunt for the Loch Ness monster,” Taylor wrote in 2017, “until I realized it was an excellent way to promote the amazing possibilities of environmental DNA.”