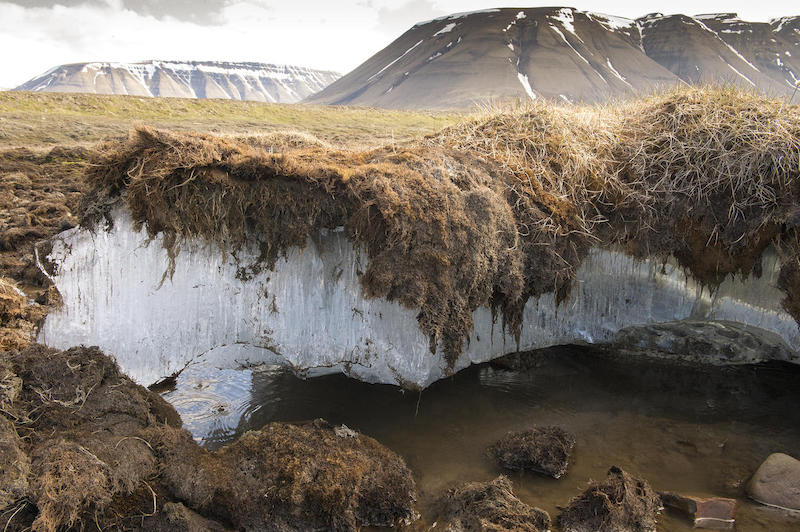 There is a Global collaboration that monitors Permafrost. You can find their website here. This is basically a network of boreholes that is managed by the international scientific community.

Who exactly runs it all?

Their GTN-P database is hosted at the Arctic Portal in Akureyri, Iceland. It is managed in close cooperation with the Alfred Wegener Institute for Polar and Marine Research in Potsdam, Germany, which was also the coordinator of the PAGE21 project within EU 7th framework programme, the main sponsor.

Well the point is this. Via this network they can measure over the years the following …

The reason for writing about this now is that they have just formally published the first ever comprehensive dataset within Nature Communications.

New Study: Permafrost is warming at a global scale (Jan 2019)

As you might perhaps anticipate, the list of authors is rather large – 48 to be precise. That’s a reflection of this being a collaborative scientific endeavour. This latest paper was published on 16th January 2019 in Nature Communications. If you have your finger on the Climate Change pulse then what this latest paper reveals will most probably not be a surprise.

One quarter of the Northern Hemisphere and 17% of the Earth’s exposed land surface is underlain by permafrost. The word “Permafrost” is ground that has a temperature remaining at or below 0 °C for at least two consecutive years.

Why does measuring this matter?

The thermal state of permafrost is sensitive to changing climatic conditions and in particular to rising air temperatures and changing snow regimes. This is important, because over the past few decades, the atmosphere in polar and high elevation regions has warmed faster than elsewhere. Even if global air temperature increased by no more than 2 °C by 2100, permafrost may still degrade over a significant area. Such a change would have serious consequences for ecosystems, hydrological systems, and infrastructure integrity.

Key Concern: Carbon release resulting from permafrost degradation will potentially impact the Earth’s climate system because large amounts of carbon previously locked in frozen organic matter will decompose into carbon dioxide and methane. This process is expected to augment global warming by 0.13–0.27 °C by 2100 and by up to 0.42 °C by 2300.

Permafrost change is not (yet ) adequately represented in most of the Earth System Models that are used for the IPCC projections. One major reason for this was the absence of a standardized global dataset of temperature observations for model validation. Well, that’s what the GTN-P is all about, it fills that gap.

What does this paper do?

Starting with a global baseline in 2007 they have been building up a dataset of data that measures what has been happening since then.

What does we learn from this study?

This study is the first formal review of the state of the global permafrost.

“We can now say with certainty that permafrost is warming at the global scale,” said Hugues Lantuit of the Alfred Wegener Institute for Polar and Ocean Research, a co-author of the new study.

“This rate of warming suggests substantial change underway,” said Ted Schuur, a permafrost expert at Northern Arizona University. “This is important and often overlooked news. We often don’t think about what we can’t see deep under the ground.“

Schuur said the study indicates that even areas with very old and cold permafrost, including parts of Greenland, may be more vulnerable than previously thought, with signs of thaw changes, like areas of sinking land, visible at the surface.