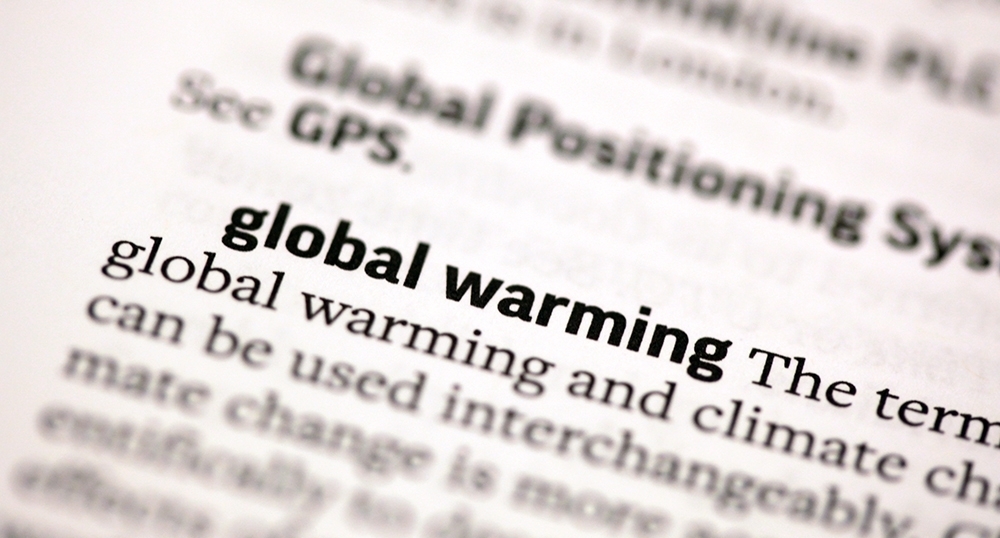 So the news is in fact about the news itself, or to be more precise, is about a decision that has been taken by Associated Press, they have decided that they will no longer deploy the term “skeptic” or “denier” to describe those that reject the current scientific consensus regarding manmade climate change. Their blog explains (Yes, AP have their own blog)  …

We have reviewed our entry on global warming as part of our efforts to continually update the Stylebook to reflect language usage and accuracy.

We are adding a brief description of those who don’t accept climate science or dispute the world is warming from man-made forces:

Our guidance is to use climate change doubters or those who reject mainstream climate science and to avoid the use of skeptics or deniers.

I do fully understand the rejection of the word “skeptic”, it is indeed not an appropriate tag to label climate change doubters with, and the way they explain it is indeed spot on …

Scientists who consider themselves real skeptics – who debunk mysticism, ESP and other pseudoscience, such as those who are part of the Center for Skeptical Inquiry – complain that non-scientists who reject mainstream climate science have usurped the phrase skeptic. They say they aren’t skeptics because “proper skepticism promotes scientific inquiry, critical investigation and the use of reason in examining controversial and extraordinary claims.” That group prefers the phrase “climate change deniers” for those who reject accepted global warming data and theory.

OK, but why do they also reject the term “denier”, it is a wholly factual and accurate alternative? They explain that as follows …

But those who reject climate science say the phrase denier has the pejorative ring of Holocaust denier so The Associated Press prefers climate change doubter or someone who rejects mainstream science.

… so basically the deniers don’t like the term because “denier” tends to associate them with folks that deny well-documented facts. That strikes me as a wholly accurate association, and yet I do get it, because the remit of AP is to report the news, remain neutral, and not to take a specific stance, so perhaps I need to simply recognise that their goals are not aligned with mine and just roll with it.

global warming The terms global warming and climate change can be used interchangeably. Climate change is more accurate scientifically to describe the various effects of greenhouse gases on the world because it includes extreme weather, storms and changes in rainfall patterns, ocean acidification and sea level. But global warming as a term is more common and understandable to the public.

Though some public officials and laymen and only a few climate scientists disagree, the world’s scientific organizations say that the world’s climate is changing because of the buildup of heat-trapping gases, especially carbon dioxide, from the burning of coal, oil and gas. This is supported by more than 90 percent of the peer-reviewed scientific literature.

In a joint publication in 2014, the U.S. National Academy of Sciences and the Royal Society of the United Kingdom stated: “Human activities – especially the burning of fossil fuels since the start of the Industrial Revolution – have increased atmospheric carbon dioxide concentrations by about 40 percent, with more than half the increase occurring since 1970. Since 1900, the global average surface temperature has increased by about 0.8 degrees Celsius (1.4 degrees Fahrenheit). This has been accompanied by warming of the ocean, a rise in sea level, a strong decline in Arctic sea ice, and many other associated climate effects. Much of this warming has occurred in the last four decades.”

To describe those who don’t accept climate science or dispute the world is warming from man-made forces, use climate change doubters or those who reject mainstream climate science. Avoid use of skeptics or deniers.

Least you wonder, and I speculate that you will, the Associated Press stylebook is something you would need to buy, they sell this press bible so no free access.

Climate Change – what is known and who knows it?

Meanwhile, if the topic of climate change is indeed something you consider to be a myth, then it may be appropriate to appreciate that today there is a huge gap between public perception and the prevailing scientific consensus.

See here for verification that …

The scientific consensus is that the Earth’s climate system is unequivocally warming, and that it is extremely likely (at least 95% probability) that humans are causing most of it through activities that increase concentrations of greenhouse gases in the atmosphere, such as deforestation and burning fossil fuels.

… and see here for verification that the above message is simply not getting through to some.

It is perhaps not helped by the observation that Michael Crichton wrote a novel (hint: it is found in the fiction section of bookstores) called State of Fear about a conspiracy by scientists and others to create public panic about global warming. Would anybody be stupid enough to consider fiction to be fact? Well yes, in a Senate speech on 4 January 2005, Inhofe (the snowballs in the senate nut) mistakenly described Crichton as a “scientist”.

If indeed you are in the market for a conspiracy, then there are better far more credible ones going that are backed with some real evidence. As documented by Greenpeace, ExxonMobil have been funding groups that are opposed to the theory of global warming, so it should be no surprise to find a disconnect between the scientific consensus and public opinion when there are mixed messages floating about.

In the end it all comes down to who has the evidence, and for me that is the prevailing conclusion reached via the scientific methodology.  It is not a closed book, but rather is open and if indeed everybody within the scientific community has got it wrong, then credible evidence will be a rather effective persuader.

Meanwhile, I suspect the doubters will continue to doubt, not because of the evidence, but despite it, because the fundamental issue is that often we embrace an idea for emotional reasons and not because it is actually true.