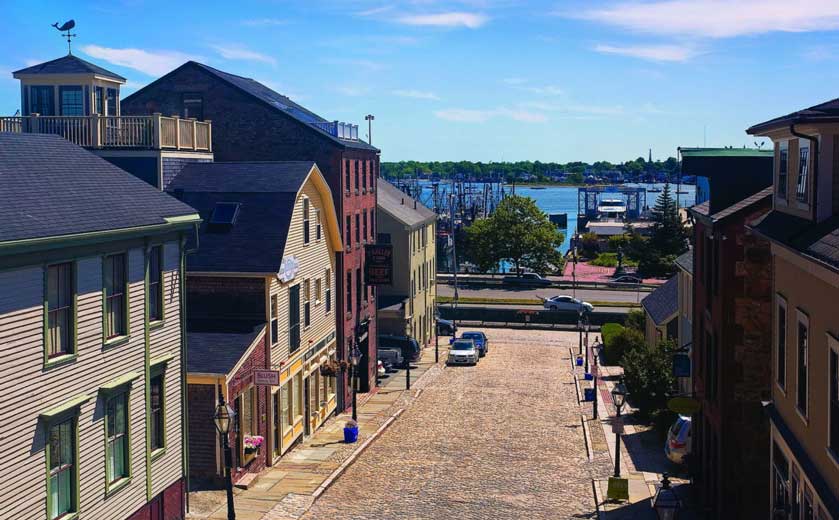 Elizabeth Shogren writes in Reveal on 10th Sept about the censorship of National Park foundation documents. Apparently they contained naughty words that should not be committed to paper. To be specific it involved the specific term “Climate Change”.

Under the title “National park officials were told climate change was ‘sensitive.’ So they removed it from a key planning report“, she explains …

Park officials scrubbed all mentions of climate change from a key planning document for a New England national park after they were warned to avoid “sensitive language that may raise eyebrows” with the Trump administration.

The superintendent of the New Bedford Whaling National Historical Parkin Massachusetts had signed off a year ago on a 50-page document that outlines the park’s importance to American history and its future challenges. But then the National Park Service’s regional office sent an email in January suggesting edits: References to climate change and its increasing role in threats to the famous whaling port, such as flooding, were noted in the draft, then omitted from the final report, signed in June.

The draft and the emails were obtained by Reveal from The Center for Investigative Reporting in response to a Freedom of Information Act request.

The specific example in the report is an email from Amanda Jones, a community planner within the park service’s northeast region. It was sent to Meghan Kish, the superintendent of a New Bedford park that includes a 13-block historic district showcasing the famous 19th century port town’s cobblestone streets. In reference to a foundation document that they distribute to visitors, the email directs Ms Kish to edit the document …

“You’ll see that anything to do with ‘climate change’ has been highlighted in these documents. In a nutshell, we’re being told that we can talk about climate change in terms of facts – if we have data to back our claim, that is ok. We should, however, avoid any speculative language – like what ‘may’ happen in the future,”

In other words, eliminate all statements concerns future risks.

Steven Beissinger, a professor of conservation biology at University of California, Berkeley was asked to review all the emails and document edits. He commented that it was …

“irresponsible to future generations of Americans”

“We should have confidence in scientists’ projections and prepare for those kinds of scenarios,We can hope they won’t happen, but we surely want to be prepared for them. We have to be looking at the future because places are going to be changing.”

They have the draft and the copy that was finalised in June. All references to Climate Change have been removed …

Among the sections highlighted for review and then deleted were references to climate change in charts outlining threats to New Bedford’s historic structures, port and natural resources.

Also, in a section about research needs, the original draft called for a “climate change vulnerability assessment.” That’s missing from the final version, which instead calls for an “assessment of park resilience to weather extremes.”

In several places, the phrase “changing environmental conditions” is substituted for the deleted term “climate change.”

Also deleted is a mention of how development near the park “could impact character and ambiance of historic district.” Elsewhere, a reference to “gentrification” is replaced with “urban renewal.” Mentions of declining park service funding and the limited control that managers have over privately owned buildings in the park are also removed.

This censorship is not an isolated Event

The email appears to suggest that this is not about just one document in one park, but is part of a far broader  censorship of foundation documents that Vietzke assigned a park service official named Ed Clark to conduct for the northeast region, which includes 83 national parks in 13 states.

Nor is this broader review itself isolated. In an even wider context other examples of such censorship exist.

Earlier in the year there were Reveal articles, also by Ms Shogren, into the attempt by National Park officials to censor a scientific report. The publication of the articles on that censorship resulted in the uncensored version being published.

The US interior department administers over $5.5bn in funding to external organizations, mostly for research, conservation and land acquisition. At the beginning of 2018, interior secretary Ryan Zinke instated a new requirement that scientific funding above $50,000 must undergo an additional review to ensure expenditures “better align with the administration’s priorities”.

Zinke has signaled that climate change is not one of those priorities: this week, he told Breitbart News that “environmental terrorist groups” were responsible for the ongoing wildfires in northern California and, ignoring scientific research on the issue, dismissed the role of climate change.

You can edit document – not minds

While documents might be given a Trump purge, it will not change the people who work within the National Park Service. They will continue to talk to their visitors with passion and deep knowledge. They are the true interface into the national park system and tell the stories about what is there, and what they can see.

Below is a ranger led lecture I quite enjoyed in Denali national park in Alaska. Given that the nearest road was literally 100 miles away, nobody was going to censor this guy and no booklets were involved. He laid out the details of what climate change was doing to the park for everybody at the campground. 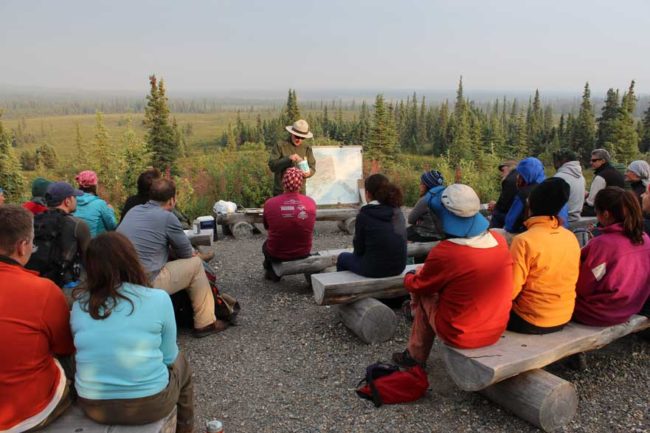 The National Park Service does not pivot upon administration officials censoring words in documents, it rests firmly upon the passion and dedication of the individuals within it – editing documents will not change that reality. They will focus upon reality and the best possible scientific evidence, not political policy.