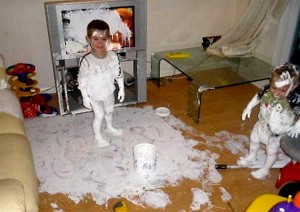 If you have kids, you will in fact live longer, this has been observed to be true, but why? A new study gives us some interesting insights.

There is a study reported within “Journal of Epidemiology and Community Health” entitled “Childlessness, parental mortality and psychiatric illness: a natural experiment based on in vitro fertility treatment and adoption“.

The question being pondered is to wonder if actually having the children, or if it is simply being a person who is prepared to have children and wants children that leads to better longevity.

To answer this, Dr Esben Agerbo of the University of Aarhus in Denmark and his team attempted to answer it by simplifying the problem, they focused on people who all wanted children and took decisive action to have them, those who were undergoing in vitro fertilisation (IVF). To achieve this they used Denmark’s comprehensive national-health records and looked at 21,276 couples who had sought IVF between 1994 and 2008

This gave them 15,149 who had children and 5,354 who remained childless, so here they now have a large group who all desired and wanted children, with different outcomes, so what were the results?

Well, the number of deaths were low, you would expect that for such a recent period of time for the IVF, but after factoring in variables such as age, education and income that are known to affect life expectancy, they found the following:

It is indeed interesting, but this does not really nail the question. Those who gave birth between 1994 and 2008 will still have young children, hence by default will be more inclined to stay in the nest to nurture. In contrast, the childless have more freedom to be out and about hence may be statistically exposed to more risks such as road accidents.

Having said that, it still adds some weight to the idea that children are an elixir of life, but perhaps only because the parents have taken on care responsibilities and have become more risk averse. Also, as a side effect of their carer role, they will have potentially taken better care of themselves (better diet), hence a better longer term outcome for themselves as well.

Oh yes, almost forgot, the study also looked for a correlation between mental illness and having or not having children and found none.