Children can benefit from learning philosophy from a young age. It is not necessary to drill them on Descartes and Kierkegaard; children can learn logic, evaluate ethical dilemmas, learn empathy, and consider the way they experience the world around them by playing philosophical games that are fun and simple. Keeping the age of the children … Read more Philosophy Games for Children

If you have kids, you will in fact live longer, this has been observed to be true, but why? A new study gives us some interesting insights. There is a study reported within “Journal of Epidemiology and Community Health” entitled “Childlessness, parental mortality and psychiatric illness: a natural experiment based on in vitro fertility treatment … Read more Why does having children make you live longer? 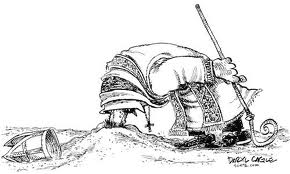 The Vatican has finally responded to the scathing criticism directed at them by the Irish Taoiseach, Enda Kenny. A few months ago the findings of the Cloyne report revealed on-going abuse and cover-up,  so caused considerable anger. In response the Taoiseach (the head of the Irish government) stood up in the Dail (the Irish Parliment)  and gave a speech in which he described “the dysfunction, disconnection and elitism” in the Vatican and accused them of interferring by blocking the reporting of abuse to the Irish Authorities.

A 25 page reply from the Vatican has now been issued in which they state:

“… significant reservations that the speech made by Enda Kenny… in particular, the accusation that the Holy See attempted to frustrate an inquiry in a sovereign democratic republic, is unfounded.”

Read moreVatican Responds to Irish Criticism: 25-Pages of “Nope, not our fault”

There has been an bizarre press release today from the Vatican … it is quite extraordinary in that is illustrates the astonishing degree of pure stupidity and complete detachment from reality. Here it is … with my comments in red … VATICAN CITY (AP) — Pope Benedict XVI told Vatican officials Monday that they must … Read more Vatican Press Release: “must reflect on what allowed abuse” !!