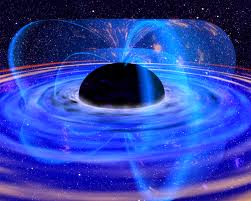 A Muslim has posted the following claim that is currently doing the rounds at the moment … (I’ve had to truncate the text a bit, it is too long to post it all) …

THE SCIENTIFIC MIRACLES OF THE QURAN : BLACK HOLES

… the verse below may also be pointing to this scientific discovery about black holes:

Moreover, stars of great mass also cause warps to be perceived in space. Black holes, however, do not just cause warps in space but also tear holes in it. That is why these collapsed stars are known as black holes. This fact may be referred to in the verse about stars, and this is another important item of information demonstrating that the Qur’an is the Word of Allah:

Sigh! … what can one say. It is of course the usual stuff, pluck some vague poetical phrase out of context, massage the words a bit, then crowbar in a claim about it describing modern science.

Was this an original claim?

Nope, not at all, it came from elsewhere. The guy who posted the text simply cut and pasted (as usual) without any thought.

Did he truly think it would impress?

Perhaps, but things have changed, no longer can individuals be conned so easily. If, for example, I key in “Quran black hole debunk”, the first hit is this YouTube rebuttal … (it is part of a  collection that debunks many of these “Miracles in the Quran” claims) …

It took me 30 seconds (or less) to find this, and there are many other rebuttals out there, it is not alone.

What is clear is that the Internet is now very much becoming the marketplace for ideas and beliefs. Stuff that would have been previously unchallenged is now robustly debunked. All you need is just one or two clicks and you have the answer, so when challenged with stuff like this, go and search to see what the other side is saying and become familiar with the full conversation.

It is perhaps also worth pointing out that the vast majority of serious Islamic scholars simply do not go along with any of these “Modern Science in the Quran” claims, so you do have to wonder where it all comes from.

So where does the claim come from and who is it being propagated by?

Many of these claims originate from profiteers such as Harun Yahya (real name is Adnan Oktar) – also known as Adnan Hodja (Preacher Adnan) and, to his followers, Adnan Agabey (Big Brother Adnan). What is truly weird about his stuff is the cherry picking. We face claims that modern science is in the Quran, but at the same time we are advised that the parts of modern science that conflict with belief are rejected. For example, he gives evolution a big thumbs down. So who exactly is this guy?

If all this stuff has indeed been robustly debunked, then why does it persist?

Mr Oktar will carry on because it is e$$entially a license to print money, and has made him very wealthy $elling the books and tapes to the guillable. As for the believers, the term that perhaps best describes it is “Confirmation Bias“, they have been successfully conned. In a world where previously cherished ideas are being challenged there is a rising tide of religious insecurity, hence the market for stuff like this that apparently confirms the original belief, and permits little things such as reality to be happily ignored. It is perhaps a worrying trend, and illustrates how some are retreating away from modern science back into religious dogma.

After I give lectures, I am often approached by honest and sincere young Muslims who have been deluded into believing that important ideas of modern science were anticipated in the Koran or by Muslim ‘scholars’. I always ask them for examples, and the ones they produce are always pathetic testaments to the power of wishful thinking.