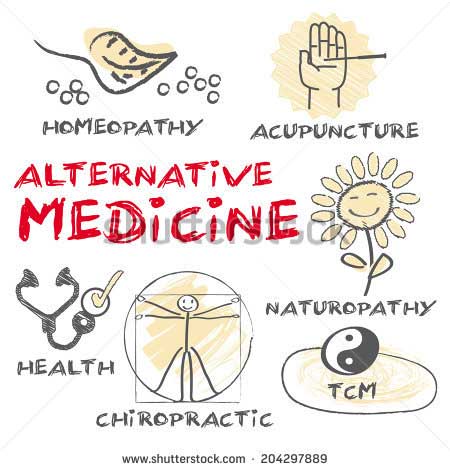 What the study reveals is that if you decide to use alternative medicine as a replacement for conventional cancer therapies, then your chances of survival will be greatly reduced. It can only ever be a personal choice, and so if you are making such a decision then you need to do so with the best possible information available.

Published within the Journal of the National Cancer Institute and entitled “Use of Alternative Medicine for Cancer and Its Impact on Survival“, it lays it all out.

Delay or refusal of conventional cancer treatment, when done in favor of alternative medicine, may have serious survival implications for cancer patients.

To understand what happens they researched the four most prevalent cancers (breast, prostate, lung, and colorectal) in the United States. This involved the identification 281 cancer patents who had refused conventional treatment and had instead decided to opt for an alternative. As a comparison they also identified another 560 cancer patients who had opted for conventional treatments

Breast Cancer: women who used Alternative Medicine as their initial treatment without any conventional treatment had more than a fivefold increased risk of death. That’s a huge contrast.

Colorectal and Lung Cancer: Alternative Medicine Patients had a more than fourfold and twofold increase in risk of death, respectively.

Prostate Cancer: Interestingly enough there was no statistically significant association between Alternative Medicine use and survival for conventional treatment patients with prostate cancer. This was not unexpected, given the long natural history of prostate cancer and the short median follow-up in this study.

The conclusion is rather Stark

If you choose to treat cancer with an unproven alternative treatment instead of a proven conventional treatment then your chances of survival will be greatly reduced.

In October 2003 Steve Jobs was diagnosed with pancreatic cancer. In a manner that was very much in character for him he resisted his doctors’ recommendations for medical intervention for nine months and instead tried unproven alternative treatments.

Here are a few quotes from his Wikipedia page …

According to Harvard researcher Ramzi Amri, his choice of alternative treatment “led to an unnecessarily early death”.[116] Other doctors agree that Jobs’s diet was insufficient to address his disease. Cancer researcher and alternative medicine critic David Gorski, for instance, said, “My best guess was that Jobs probably only modestly decreased his chances of survival, if that.”[120] Barrie R. Cassileth, the chief of Memorial Sloan Kettering Cancer Center’s integrative medicine department,[121] said, “Jobs’s faith in alternative medicine likely cost him his life…. He had the only kind of pancreatic cancer that is treatable and curable…. He essentially committed suicide.“[122] According to Jobs’s biographer, Walter Isaacson, “for nine months he refused to undergo surgery for his pancreatic cancer – a decision he later regretted as his health declined”.[123] “Instead, he tried a vegan diet, acupuncture, herbal remedies, and other treatments he found online, and even consulted a psychic. He was also influenced by a doctor who ran a clinic that advised juice fasts, bowel cleansings and other unproven approaches, before finally having surgery in July 2004.”[124]

Two points arise from what happened to Steve Jobs.

If you face a cancer diagnosis then picking alternative medicine instead of conventional medicine is really not a good idea.