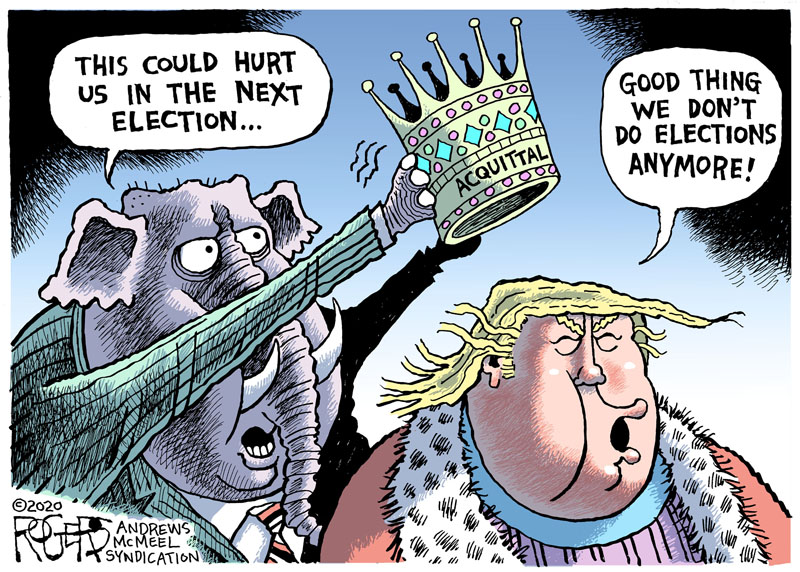 What does the acquittal by the wingnut senate majority tell us about Trump?

Nothing at all. No amount of evidence mattered, nor did actually listening to credible witnesses, so they blocked all that.

What we do perhaps learn is that Trump is a test of who would have done what in Nazi Germany. Who would have attended the various rallies and would have been vigorously shouting “sieg heil” with enthusiasm, and who would have the humanitarians that would have been secretly been hiding members of the Jewish community in their basement. I think we have a very clear answer.

And so each and every week the wingnuttery continues. Below is the latest selection.

You can of course make a difference and change things. You chance to do that is coming in November.

State of the DisUnion ..

And that’s a wrap for this week.