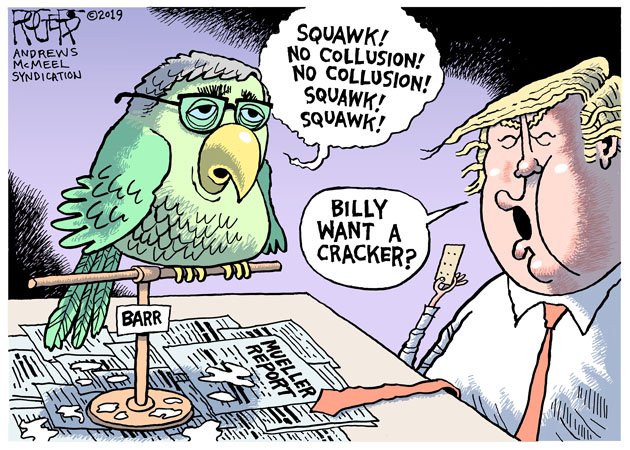 When you embrace a literalist interpretation of a religious text, and are deeply invested in the ideas that yields, and then merge that with the concept that your specific “truth” is the only truth because it has been divinely inspired by a god, and so you have a moral duty to impose this “truth” upon everybody by force, then what results is the deeply weird. It is an incarnation of intolerance, and ignorance.

It is also rather common these days.

Notre Dame still has a bit of traction…

Daniel Lapin: Notre Dame Fire Was Divine Retribution for the Burning of Jewish Books in 1242

E.W Jackson Thinks He’s the Victim of a ‘Homocracy’ Conspiracy

Right-wing pastor and radio host E.W. Jackson says that he has been temporarily suspended from using his Twitter account, reportedly over an anti-Muslim tweet he sent out in response to the multiple terrorist attacks that occurred in Sri Lanka on Easter Sunday. But on his radio program yesterday, Jackson shared his suspicion that his suspension was not really due to this particular tweet, but rather that it was payback for the statement he made on his radio program last week when he claimed that if Pete Buttigieg is elected president, he’ll seek to turn America into a “homocracy.”

(Idiots tend to be wholly unaware that they are idiots)

Hijacking a Rainbow is apparently a “Crime”

Scott Lively declares that … “hijacking God’s Rainbow to associate it with the same sexual conduct that He severely condemns in both the Old and New Testaments is not a minor spiritual crime.”

(Bible also declares eating shellfish to be an abomination, but for some reason the homophobic bigots don’t appears to be too concerned about everybody eating shellfish)

Dave Daubenmire: ‘The Holy Spirit Has Issued an Indictment’ Against Hillary Clinton

On Monday, radical Religious Right activist Dave Daubenmire drove 16 hours round-trip from his home in Ohio to Chappaqua, New York, so that he could stand alone outside of the Clintons’ home and demand that President Trump arrest Hillary, all because God reportedly told him to do so.

Last night, right-wing radio host Rush Limbaugh appeared on Fox News, where he declared that Hillary Clinton needs to be indicted and put in jail, which Daubenmire is now taking as absolute confirmation that “the Holy Spirit has issued an indictment” against her.

(Everything about this guy just screams “Deranged nutter”)

Conspiracy of the week

“That whole thing at Christchurch was nothing but a set-up,” he said. “There were too many false flags in this to believe that this was not nothing but a planned attack to make Christianity look bad and it set the stage for what happened Sunday.”

(Both have already done so long before he said this, he said this to craft the illusion that they had not)

(She does this for every storm that pops up, and then claims “victory” when the storm is over)

A Spy in the White House

Rick Wiles asserts that Monica Lewinsky was probably “placed” in the White House by the Israeli government to spy on the Clinton administration.

There was of course lots more weirdness …

And remember, all for just the past 7 days …