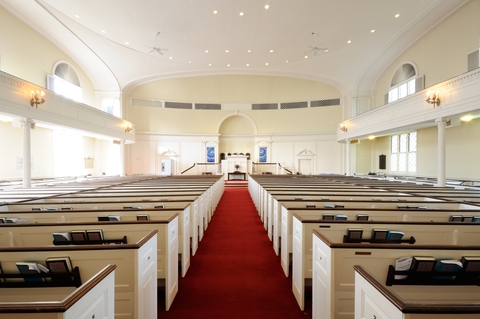 U.S. church membership was 70% or higher from 1937 through 1976, falling modestly to an average of 68% in the 1970s through the 1990s. The past 20 years have seen an acceleration in the drop-off, with a 20-percentage-point decline since 1999 and more than half of that change occurring since the start of the current decade.

They illustrate the data

To be clear, this is data that records church membership and is not data that records what people actually believe. The sharp decline does also align with the sharp rise of the nones, so there does appear to be a relationship there.

What does all this actually tell us?

Gallop make the rather obvious statement …

It is clear then, that the nature of Americans’ orientation to religion is changing, with fewer religious Americans finding membership in a church or other faith institution to be a necessary part of their religious experience.

The data is just that … data. It is an observation, a measurement. It does not tell us why.

We can perhaps speculate, and what follows is indeed speculation on my part …

In the context of that last one, there is some data of interest …

Gallup has previously reported that church attendance has dropped more among Catholics than among Protestants. Consistent with this, the decline in church membership has been greater among Catholics. Twenty years ago, 76% of Catholics belonged to a church; now, 63% do.

… er well yes. Give the reports of abuse on an almost industrial scale, and the conspiracy to cover it all up, the only real surprise is that the decline has not been even sharper.

Will the downward trend continue?

We can be confident that it will. One other key factor that the data reveals is that the younger people are the less religious they are …

Religiosity is strongly related to age, with older Americans far more likely than younger adults to be members of churches. However, church membership has dropped among all generational groups over the past two decades, with declines of roughly 10 percentage points among traditionalists, baby boomers and Generation X.

Most millennials were too young to be polled in 1998-2000. Now that they have reached adulthood, their church membership rates are exceedingly low and appear to be a major factor in the drop in overall U.S. church membership. Just 42% of millennials are members of churches, on average.

In other words, as the older generation passes away with time, they will be replaced by a rising generation that is far less religious – so yes, the decline will most probably continue.

What more or less guarantees the continuance of the decline is the observation that organised religion is still very much a cess poll of ignorance, stupidity, obnoxiousness, and intolerance. While all that persists, so also will the ongoing decline.