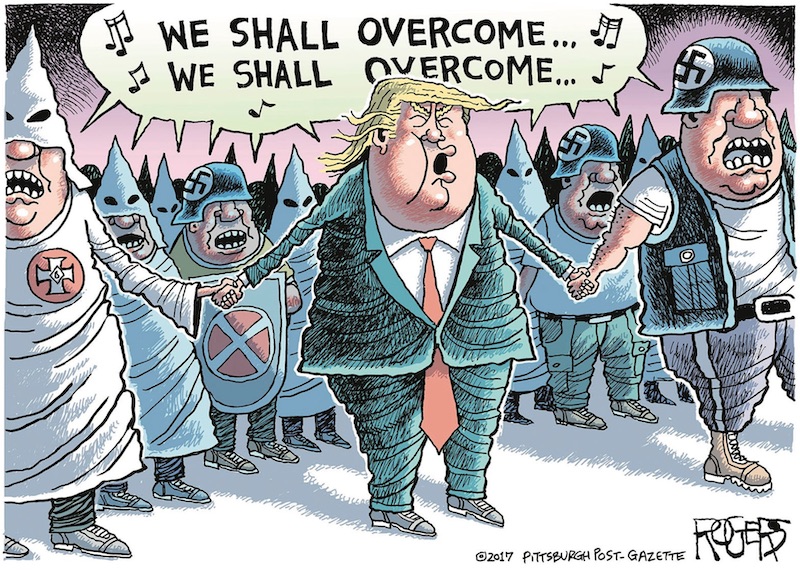 It’s that time of year again when we have what must be more or less a wet-dream for that blend of right-wing politics and religious fundamentalism. This past week saw CPAC (Conservative Political Action Conference) take place. No longer is this event a traditional Conservative event, this is a new shiny CPAC reformed in the image of Trump…

CPAC 2019 looks pretty much like a Trump campaign event, gathering the important voices of his base around the hot-button, fear-based issues emerging as the campaign’s messaging themes: abortion and guns, with some red-baiting tossed in for good measure. Other right-wing grievances, such as the false claim of widespread voter fraud and LGBTQ rights, will also be addressed, of course. And there will be cries of “Fake news!” along with fantastical tales of censorship of conservatives, too. There’s a little something for everyone.

It’s all basically MAGA Hucksters, Conspiracy Theorists, All-Around Extremists, Professional Moralists, Stokers of Manufactured Grievance, Capitol Hill Sycophants, and associated Supporters of all this lunacy. This motley crew are not exactly awe inspiring unless you just apple to be a right-wing fundamentalist.

I’m really not kidding about CPAC. The Washingtonian asked the various media reporters attending what they thought of it all. Most had some truly weird encounters.

So what has the last week brought us, both from at CPAC and also from the wider the community of this delusional band.

Mike Lindell: Trump Is ‘The Greatest President in History’ Because ‘He Was Chosen by God’…“God answered our millions of prayers and gave us grace and a miracle happened on November 8, 2016,” –

The promotion of Intolerance

Linda Harvey warns New England Patriots players and coaches to stay away from Tom Brady because his wife, Gisele Bundchen, is a witch: “A warning to Brady’s Patriot teammates and coaches: don’t stand too close to him on the field. Or sit too close to his wife. Just sayin’.”…

(None of the above is a surprise anymore. What is perhaps a surprise is that they still have people who identify as Catholic)

Weirdest Item of the week?

As usual there is lots to choose from. My choice this week is this …

The truly weird bit here is not just that she promotes this claim, but that her entire audience appears to be as delusional as she is.

Well OK, one last pun. You do know of course that this is simply a self-appointed prophet trying to make a bit of profit.