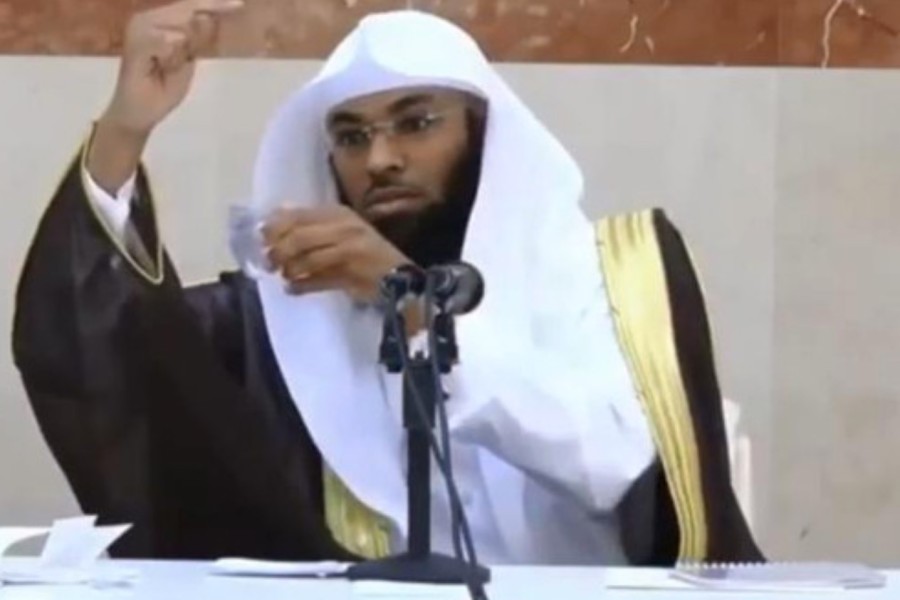 Yesterday, when I posted some of the rather strange claims being made by Pat Robertson on US TV, I had convinced myself that perhaps that was as weird as it gets. Well, it turns out that I was quite wrong about this because a friend shared something even more eccentric.

A Saudi cleric has popped up on YouTube to assert the claim that the earth does not revolve around the sun, but rather that the sun revolves around the earth. Now in one sense I do get it, because if you embrace 7th century beliefs within the Quran as the final and ultimate truth, then it is not a huge leap to also embrace the associated 7th century cosmology embedded within that same text.

So his thinking works like this (Yes OK, I’m abusing the word “thinking” in this context)…

“First of all, where are we now? we go to Sharjah airport to travel to China by plane, clear?! focus with me, this is Earth;” he said, holding a sealed water cup.

About here is perhaps the best place to proceed to face-palm.

It should come as no surprise to learn that he also buys into all the other usual conspiracy theories such as the moon-landing hoax claims.

So here he is making this claim …

The good news is that regardless of their belief or non-belief, lots of people have popped up on twitter to mock this silliness and laugh at it … the arabic hash tag is داعيةينفيدوران_الأرض# which translates to #cleric_rejects_rotation_of_Earth

… and just to make things a tad more ironic, he made this daft claim on 15th Feb which is Galileo’s birthday.

If you know me, then you will know that I often criticise and ridicule religious ideas that don’t have a jot of evidence to back them up, but in his specific case I simply don’t need to do that because he is doing a fine job of achieving exactly that all by himself, I simply can’t compete with him.

.. and yes, he made the UK papers, here it all is being reported the Independent, but is is still the folks on twitter who nail it … 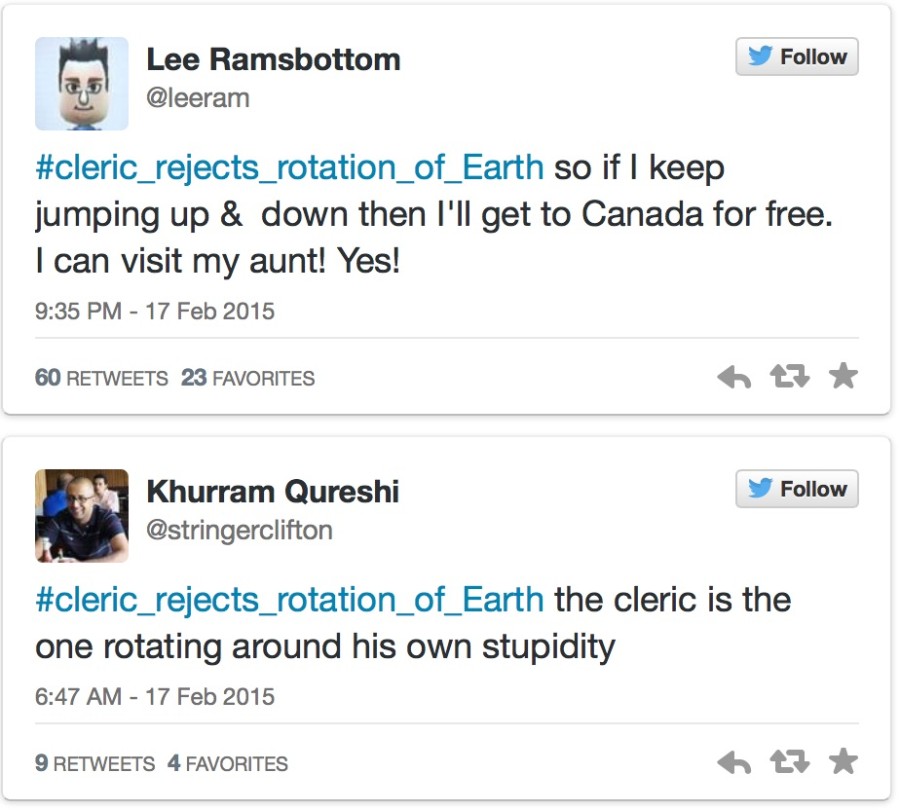 Meanwhile, I’m off on a round-the-world trip, I’ll simply jump up and down lots of times and let the earth rotate under my feet.