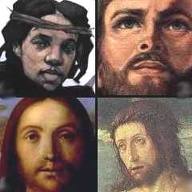 If you went back a few years and asked for my thoughts on who Jesus was, then, as a believer, I would have claimed that he was the son of God. As proof, I would have pointed to the four Gospels in the New Testament and explained that they are four independent biography’s written by his closest disciples who were eyewitnesses, and even though they might disagree on minor points, they are all in agreement. I might have also asserted that minor discrepancies are to be expected, and illustrated this point with the oft quoted traffic accident metaphor where individual witnesses tell you slightly different things, but generally agree on what happened.

The problem here is that while this is indeed a very common view held by many, its factually incorrect. First of all, the writers of the gospels were not his disciples, nor were they even eye witnesses. Within these various narratives we find events that nobody could have witnessed. For example, when Jesus was off by himself in the wilderness, or his one-to-one dialogues with various individuals. The author of Luke tells us at the start of his Gospel that he himself was not an eyewitness, but was instead writing down details that had been passed on to him by others, however even that written statement is not factually correct because the author of Luke’s Gospel quite clearly copied about 93% of Marks gospel, and in doing so changed the bits he was not happy with.

OK, lets take a closer look at some of the documents we have and see what they actually say.

Mark – Who was Jesus?

Since Mark’s Gospel was first (it was written in the period 65-7- AD), lets take a look at the description of Jesus in there and discard the other Gospels for the moment. Remember, at the time of writing, the other Gospels did not exist, the author viewed it as a standalone complete account.

Inside we find that Mark’s Jesus is a misunderstood messiah, he works miracles, but people don’t understand who he is. We are also told that his family think he is crazy (3.v21), the Jewish leaders think he is Satan (3.v22), and even his own disciples don’t appear to understand who he is (4:41; 6:51-52; 8:28). When he asks them, Peter says that he is the Christ [that term literally translates as “the anointed one”, in other words, the Jewish Messiah], he quickly tells them not to tell anybody … keep it a secret. In fact, this is a reoccurring theme, he keeps telling people not to tell anybody after healing them or casting out demons. Why the secrecy? A couple of reasons have been suggested. This may have been used to explain why his followers claimed him to be the Messiah and that he worked miracles, but he was generally known by locals not to have done so. This is a story about a suffering misunderstood messiah, not a divine king, but a servant who needs to suffer.

So how does it all finish? Mark abruptly ends with his followers not telling anybody because they were too frightened. (16.v8). The modern ending that we have today, 16.v9-20 was a later addition and is not in the original text.

One additional observation, this suffering servant theme is very much in tune with events at that time, the text was written during the period of the Jewish uprising that resulted in Rome crushing and slaughtering vast swaths of the population, so a suffering messiah very much fits into this cultural context and is perhaps symbolic of what was happing to the nation of Israel at that time.

Matthew – Who was Jesus?

Once we move on to Matthew, a document written about 10-15 years after Mark, we find quite a different story and a very different Jesus. Here he openly proclaims that he is the messiah early on, his family don’t think he is crazy, instead they know he is special. We have angels proclaiming his birth, and astrologers seeing signs in the sky, even his followers understand that he is the messiah, there is no confusion. We also find odd little snippets added in such as Pilate’s wife receiving a warning in a dream (27.v19). The theme is clear, not only is he is the Jewish messiah, but also the nation of Israel is accountable and nobody has the right to reject him. We find an emphases on his conflicts with Pharisees, they get slagged off about 32 times, so are clearly a group that would have opposed accepting him as the messiah. There is also a deep emphases on his fulfillment of Old Testament law and also a clear statement about the imminent establishment of the Kingdom of heaven. This is understood to be a literal Kingdom, the restoration of rulership as promised to King David, by the one anointed by God.

This text has been designed for a Jewish audience familiar with their history and messianic expectations, for we also find Jesus symbolically reliving parts of historical Jewish mythology and history. After his birth his family flee to Egypt and so he is exiled in a foreign land just as the Jews were exiled in Babylon. The first main event after the nativity is that he passes through water (his baptism), just as the Israel passed through the red sea. Then he is off in the wilderness by himself for 40 days, just as Israel supposedly wandered in the wilderness for 40 years.

Quite clearly we have moved beyond Mark’s suffering servant to quite a different individual who is now clearly understood by all (in the authors mind) to be the Jewish Messiah, but thats it, nothing more than just that.

Luke – Who was Jesus?

Turn to Luke, (written about the same time as Matthew), and once again we find quite a different message. Here its the story, of an individual who is not just the messiah, but is also a prophet who has come for all of humanity. Everybody recognizes him as a great prophet (7.v16), but he is also a rejected prophet (13.v33-34).

No longer is he just a Jewish messiah, he is now for the first time presented as universal, the emphases is quite different. While Matthew presents a Genealogy that establishes his messianic credentials with an ancestry that goes back through King David to Abraham, Luke has a different agenda, and so has a different ancestry that stretches all the way back to Adam as a means of underlying that he is not just the messiah for Israel, but is for all.

In Matthew its very much a message of “Now” being the end-times (Mat 16.v38), yet in Luke, this gets toned down (21.v7-32), because time is needed for the message to spread out across the world.

This is quite a new twist that is not in either Mark or Matthew, and is a distinctly different character with goals not seen in any of the other gospels.

John – Who was Jesus?

Move on to John, (written long after the others in approx 90-100 AD), and you find that the understanding of who he is has changed and evolved once again. Here we discover, for the first time, a very clear description of a Jesus who is God. The language and layout is quite different, even when the stories are the same, the text has no similarities. This suggests that the author did not copy from any of the earlier Gospels, but instead drew upon a common oral tradition.

The text starts with the claim that Jesus created the universe and that he is God, none of the other earlier Gospels have this emphases. We also find that changes have been made to accommodate this new emphases. Within the earlier gospels, the last supper is the passover meal, here it changes and now his death takes place at passover, the last supper becomes the night prior to passover so that Jesus can now be presented as the passover lamb.

Missing from this story is the temptation in the wilderness. This is God, so he cannot be tempted. There are also no demons being cast out, most of the parables are also missing and there are no declarations about bread and wine at the last supper. Instead we have God as a man declaring that you must be born again.

What the four gospels demonstrate is that as time passed, the portrayal of who Jesus was evolved. The stories are simply not in sync, the individual within each text is distinctly different. We can also see that each of these gospel stories have been written with very specific goals and audiences in mind, hence the starkly different portrayals of who Jesus was changed to fit the authors needs.

When asked if you believe in Jesus, the most factually correct response would be to reply, “Which one?” We have lots to choose from, not only do we have these four conflicting descriptions, but we also have the modern blending of these four as yet another alternative. You also have a variety of others as well. Islam claims him as one of a line of Prophets (Luke would be closest to that one), but they have their own spin on it all. Many other belief systems do the same and have their own unique flavor.

So when faced with a discussion regarding Jesus, their are lots to choose from that enables him to fit in with a diverse range of beliefs … most people can find one to fit their requirements … as for me … I’m skeptical. If you have read this far, then I suspect you can begin to understand why.

1 thought on “Will the real Jesus please stand up …”