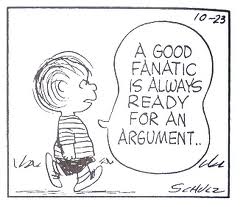 While waiting to catch a flight this morning, I surfed through a few Facebook groups to see what was cooking. There is one I’m in that can be quite entertaining at times. Now, if you think that there is nobody on the planet loonier than the batshit crazy Christian fundamentalists, well you would be wrong, because the Islamic folks can offer up even crazier stuff. (Its almost akin to watching a car crash at times).

One chap  arguing against evolution proposed that it was crazy to even consider the possibility that we had evolved from apes, and offered as evidence the suggestion that folks should go watch “Planet of the Apes”. …<thud> … Yes, indeed, that sound you just heard consisted of many jaws hitting the floor. There is so much in that thought that is so out of whack with reality that what he was saying was not just ‘wrong’. Normally you can perhaps suggest that we did not evolve from apes, but rather that we and the apes share a common ancestor … but for fracks sake, where can you even begin when faced with somebody who thinks “Planet of the Apes” is akin to a documentary.

Was this the only bit of insanity I found this morning?

Nope, not a chance. One other chap had done the usual cut and paste of some long rambling hand-waving nonsense to justify the claim that the Qu’ran was magical and authored by some supernatural entity. This is best described as religious levitation – in other words he is hanging there apparently in mid-air without any visible means of support. A quick Google search enabled me to find his source where a quick check gave me what I needed. So I replied and pointed out that he had cut-and-pasted stuff that was not his, had claimed it as his own, was clearly in breach of the copyright on the site in question, and that I was not too impressed with his ethics. This appears to be common practice; quite a few of them do this, and even when challenged, don’t see anything wrong with it.

We also had … (now this is truly weird as well) … several  links to Ray (banana man) Comfort YouTube videos. They were being cited by several of these deeply fundamentalist Muslims as proof that God was real. I could not resist … I  replied congratulating them for renouncing Islam and embracing Christianity. They don’t appear to do “Irony” very well, which is in itself very ironic when you consider just how surreal it is to find Ray (kook of the year) Comfort being touted as the water-tight case for Islamic apologetics.

I also noted that one chap piled in with a long rant on why Jesus was not God. Was this bizarre? Well yes, this is a group that consists of only Muslims, and Atheists, so I’m not sure where he thought he was. I can only speculate that perhaps he though we were “Christian” atheists as opposed to “Muslim” atheists and hoped it would be a convincing argument.

Finally, I noted that PZ Myers made a welcome appearance … no, not as a commenter, but rather via a YouTube link. The context was the usual tired old argument that the Qu’ran contains modern science. When challenged for an example … yes indeed, the infamous fetus description is cited. To which a few quick atheists pop up the PZ video. Ah, now perhaps you are not all familiar with that, so I better explain. When the Atheists International conference took place in Dublin a couple of months ago some Muslims turned up and stuck cameras in faces and started interviewing folks. They caught PZ outside and asked him why he did not believe in the Qu’ran. He explained that it was all nonsense. “Ah”, go the Muslims, “it has modern science”, and started babbling about the fetus. (They clearly had no idea who he actually was). PZ explaind that what was there was vague and also wrong, so they challenged that and more or less said, “Who are you to question that, real embryologists” have confirmed it all. PZ then explains that he is an embryologist, and that it is his specialist subject, then went on to expand on it all and clarify exactly why the qu’ran is wrong … they quickly changed topic to Geology … at which point AronRa, who just happened to be standing there with PZ, chimes in.

OK, that is all just too good to miss, so here it is for you to enjoy … (the reveal that PZ is an embryologist comes at 19:05) … Oh and just to be 100% fair, this is the video made and edited by the Muslims themselves …

Hopefully your head is not suffering too much from that exposure to a dose of “stupid”.