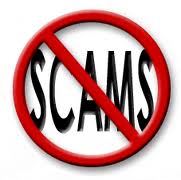 I came across this utterly tragic story of loss and the hideous manner in which some truly unscrupulous psychics leveraged a human tragedy to enrich themselves.

I first found out about this from an article that Brandon K. Thorp wrote here in Gawker on 20th Aug where he writes …

Leaks in the Fort Lauderdale police department claim the best-selling author of Days of Gold, A Knight In Shining Armor, [Jude Deveraux] and almost 40 other works of literacha paid some $20 million to the Marks clan, a notorious family of fortune-tellers and occultists, to secure supernatural aid for her deceased son. The boy died at the age of eight in a motorcycle crash. Allegedly, a “psychic” told Ms. Deveraux that her son was trapped “somewhere between heaven and hell.”

Police in Fort Lauderdale, where much of the Marks clan makes its home, arrested several Markses on Tuesday and seized cars, gold coins, and “…more than 400 rings, many with large diamonds, at least 100 watches and 200 necklaces,” many of which “were from Cartier, Tiffany and Co., and Gucci.” These items reportedly come from individuals who were told donation of such trinkets were necessary to protect their loved ones from harm. Other individual victims allegedly donated sums in excess of $100,000 to the clan. Their identities haven’t been revealed.

Well, the news is now out and circulating and it is not just a whisper now, so I feel comfortable writing about it. The UK Independent reports it here today where we learn that it was not just her, they had conned others as well, and so it looks as if the total the scammed amounts up to $40 million. (msnbc also reports on this story here).

So how did it work? Well apparently they took the money and property with promises that it would be returned once their work was done, but of course their work never was “done” and so it was never returned. They also deployed fear as a tool of the trade to manipulate and often warned that terrible things might happen  if they did not do as the fortune-tellers requested.

The Independent give some further insights …

Among those arrested in the round-up of clan members last Tuesday was Rose Marks, 60, who uses the name Joyce Michael; Cynthia Miller, 33; Rosie Marks, 36; and Vivian Marks, 21. Prosecutors said victims of the fraud included a person from Denmark and another from Japan who gave them almost $500,000.

Prosecutors face the tricky task of differentiating sheer gullibility on the part of the victims who saw fit to part with so much money and actual criminal exploitation by the defendants.

“If you understood the severity of what these victims were going through, it makes more sense,” Mr Bardfeld told the court.

Some may question and challenge skeptics for debunking such frauds, often saying, “It is just a bit of fun at best and is perhaps offering a bit of comfort for those attempting to cope with grief, so what possible harm could it do?”. Well, this case illustrates the harm that can result. Let us be 100% clear here, there are no real psychics (hopefully you already knew that). Anyway, since the actual evidence is zero, not one jot, anybody claiming such powers is either deluded or is making a fraudulent claim in order to make a quick buck. Do you really want to leave them out there unchallenged and ready and willing to pry upon … perhaps those whom you love?

I must confess, I very much like Randi’s TED talk where he tackles this very issue and also shows how easy it is to be fooled. here is that talk: