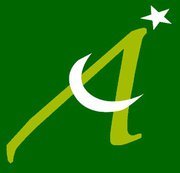 Pakistan is generally perceived to be a nation populated with rather a lot of religious lunatics, and I do not mean just your average culturally religious individual, but rather people who embrace the medieval idea that murdering those of a different belief is a really good idea, so much so that they act upon that thought.

While it is true, that such individuals do indeed reside there, the real truth is that like everywhere else, most Pakistanis are not that fanatical at all. Belief is not a binary condition – people will hold different ideas and thoughts with different degrees of confidence, and so like everywhere else you will find the complete spectrum that runs from total non-belief all the way through to the violent extreme.

So why all the violence?

The real problem is not that the fanatics are not “true” Muslims, but rather they they are, in the sense that they embrace the words in the Quran quite literally as truth and act upon them. The problem is that the content of the Quran breaks down as follows:

Because the Quran is filled with such bad ideas, it motivates good people to behave in an abhorrent manner within a context where it is all deemed to be literal “truth” and not simply a poetical metaphor. To illustrate this point, here is an actual example …

Luckily most do not act upon this idea, but it does create a climate of considerable fear and also generates a lot of intimidation against any who simply dare to doubt or simply hold a slightly different variation of Islamic belief. Rather sadly a minority do indeed put this thought into action and will reach out violently and strike against all whom they believe to be apostates. This manifests itself as Muslim upon Muslim violence, because it the eyes of one specific group, all others are in fact apostates.

So are there Non-Believers in Pakistan?

Actually yes there are. There is an interesting article (here) all about the Pakistani Atheists and Agnostics, a five-year-old group that advertises itself on Twitter as “a social organization for freethinkers of Pakistan.” Two or three times a month they gather to talk about religion—or rather, about rejecting religion—and about politics.

These are not individuals who just live in the west outside Pakistan, but rather they live in Pakistan and openly meet up. The article explains …

The eight young people who gathered recently at a popular restaurant in central Lahore looked like any others, laughing over samosas with tangy chutney sauce as a table of older ladies in hijab looked on from a nearby table. But the jokes the boisterous twenty-somethings were sharing were about the absurdities of religion, and they weren’t social friends.

Rather, they were members of Pakistani Atheists and Agnostics ..

I gleaned the following insights from that article …

So how many non-religious people are there in Pakistan?

We have an answer from a 2012 poll. Within the pdf that contains all the details we can learn …

What is also interesting is that Atheism is also rising.

My point here is not to play the numbers game because of course reality is what it is regardless of the prevailing opinion, we don’t get to vote on what is and is not actually true.

What is actually happening is that as the tide of fanatical belief rises and becomes more extreme, it also motivates many decent honourable people to abandon their moderate beliefs. In other words, the best argument in favour of non-belief is the very existence of the fanatics and their constant stream of intolerance, misogyney, violence and murder.

Meanwhile, the Pakistani Atheists and Agnostics have a big day coming up soon. Every April 1st they throw a big birthday party for Allah at an Islamabad ice-cream parlour.

Well, because it is April Fools’ Day of course. They even go as far as having a birthday cake decorated with the words “Happy Birthday, Allah!”, and strangely enough, Allah never turns up to blow out the candles.