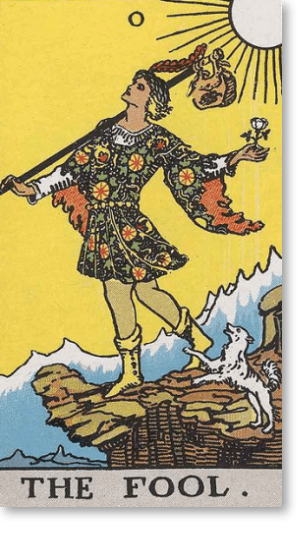 Franklin Graham, son of the more famous Billy Graham and also CEO of the Billy Graham Evangelistic Association, has written an article in which he claims that those that do not believe in God are fools.

Since he has a quote from the bible that says this is so, then I guess it just must be true … right? … because the bible is never ever wrong about anything ever … er, well perhaps not.

So anyway, here is a small sample to get your blood boiling …

The Bible tells us in several places that only the fool says that God does not exist.

“The fool has said in his heart, ‘There is no God’” (Ps. 14:1). That Scripture is repeated verbatim in Psalm 53:1, and the same sentiment is expressed in numerous other biblical passages.

Despite the witness of an ordered and remarkable creation (Rom. 1:20) and the universal witness of an internal conscience, a growing number of influential people are blatantly and forcefully scorning and mocking the Christian faith and followers of our Lord Jesus Christ.

It is quite fascinating that he is prepared to behave like this.

[Edit: The above sentence is a correction applied to replace my previous incorrect assertion that the bible only says this in 1 place]

He does also go on to observe that most non-believers are academics and since they do not believe, then they are “fools” and to justify this stance the evidence he then proceeds to present is a series of more bible quotes. Nothing else pops up, just bible quotes, and then finishes off with “Bow to Jesus now or else”.

Yes indeed, his punchline is that there is an all-knowing (so he should know what you need to be able to believe), and an all-loving god, who will burn you in hell forever if you don’t just believe on the basis of exactly zero evidence that he is real, and you are a fool if you don’t.

Why did he write this?

The context here is that this is an article within an outlet for Christians, and not non-believers, so clearly this is not an article designed to convince anybody of anything that they do not already believe to be true. So why is he writing stuff like this in such an outlet? Well, perhaps because this is his job, as CEO of the Billy Graham Association, he needs to be seen to be active, and so having an article like this is a bit of self promotion and also a reminder to the believers to keep the donations flowing and so he is simply ticking boxes inside the heads of all those that believe.

OK, so why does the term “fool” get tossed about so easily?

It is rather common for humans, regardless of the stance they take, to label those that do not believe exactly what they believe, “fools”, or to use alternative similar terms, “idiots” or “stupid”. Yes, the religious label those in other beliefs as stupid for being gullible enough to believe such nonsense, and those that do not believe as “fools”, and many within the non-theist community will also label those within the theist community as “stupid”.

When it comes to the deployment of this specific label nobody is.

In reality smart intelligent well-educated humans will often embrace some truly weird ideas as truth. We can of course assume that when presented with specific facts that falsify a specific belief, humans will change their minds. In reality some will, but many don’t, so clearly there is some rather complex psychology in play here.

We live in a world that is awash with lots of claims that are embraced as truth, yet for all of these there is no evidence at all – ghosts, psychic powers, astrology, lake monsters, UFO’s, and of course religious claims.

So are those that retain weird beliefs “fools”?

As for those that do label those that do not believe in a god due to the lack of evidence as “fools”, well, I get it, the bible says so, and so it must be true from their viewpoint. As for the bible itself, it is simply not that simplistic, because what is often forgotten by such believers is that Jesus is quoted as saying in Matthew 5:22 that those that go around calling other people “Fools” will go to hell. But then again that is the bible for you, it often tends to contradict itself like that.

3 thoughts on “Claim: “You are a fool if you do not believe in god””