So I have a Morality claim from “TheBlaze” … well yes, identifying that as the source is perhaps sufficient to trigger a “here be some BS” alarm, because taking anything from TheBlaze seriously would perhaps be as viable as using Answers In Genesis as your go-to reference for science.

As a bit of background context, TheBlaze was founded by Glenn Beck, a chap who has a reputation as a bit of a conspiracy nutter, so it very much panders to bizarre claims.

Anyway, the article itself is interesting because it promotes a rather common by quite frankly silly claim, namely that you can’t be moral and good without being religious. The opening reads as follows …

Guillaume Bignon, a Parisian who currently lives with his family in New York, was an atheist before converting to Christianity and becoming a theologian — an experience that led him to deliver some pointed messages about faith in the wake of Friday’s terror attack.

Initial Point : It is really really wholly inappropriate to use a religious atrocity in Paris as a soapbox to stand upon and promote a religious message, that is quite frankly repugnant.

The actual argument presented is this …

“The only option for French atheists (among whose ranks I used to count myself), is to maintain that there isn’t really any such thing as evil,”

Bignon wrote. “When one denies the existence of God as a transcendent creator of the universe who ordains how humans ought to live their lives, one is left only with conflicting opinions about what individuals like and dislike.”

… and yet if you solicit an opinion from amongst those that do assert a god claim, you very quickly find that they also have no consensus on what is moral or how to live, all you have are conflicting opinions that each would assert is ultimate truth …

He continued, “If there is no God then there is no objective truth about the good and the bad.”

Bignon said that he believes denying God’s existence also means throwing out the notion of “objective good” and “objective evil.” It is with that in mind that the theologian then framed what it means to be a “consistent atheist.”

“To be a consistent atheist one must affirm that the Islamic terrorists in Paris didn’t do anything ‘wrong’, as such,” he wrote. “They only acted out of line with our personal preferences, (and in line with theirs). If there’s no ultimate arbiter of right and wrong, that’s all we are left with.”

What he is actually trying to go for is a claim that Atheism embraces what is known as Moral Relativism, in the sense that all opinions are equally valid within context. That in itself is utter nonsense. OK, so let’s try and clear this up for you.

Atheist: A person who rejects religious claims due to the lack of any evidence … and that’s it, that is the entire scope.

Moral Relativism: An assertion that nobody is objectively right or wrong, and morality is just a subjective opinion.

Objective Morality – Is it real?

The religious claim is that specific moral judgements are factually true, so what exactly does that mean?

If something is just bad, and god is simply telling you about it, then it is quite independent of this god, and so you don’t really need this god to advise you. If however something is bad because a god has decided it is bad, then how is that not relative morality? If for example god tells you to murder all your neighbours, would that be a moral act? That last part is no thought experiment, within the bible we find god telling his chosen tribe to slaughter other tribes, and so we can only wonder how exactly is this divine genocide moral?

Stepping back and keeping it simple

If you start to dig into all this you will very quickly find yourself getting sucked into a philosophical discussion, so let’s not go there within this posting.

Instead we shall put all the philosophy to one side, step back and take an honest look at what actually happens, and how the people around you work out what is and is not moral.

Point 1: Nobody, and I really do mean nobody, gets their moral guidance from a book.

Try this – Is Slavery a jolly good idea, or a really really bad immoral idea?

Almost everybody today (generally) will quite rightly identify slavery as immoral, but how exactly did they work that out? The Bible is a pro-slavery text from cover to cover, and contains explicit instructions on not only whom you can enslave, but also how you may beat your slave, and I’m not sticking to the old testament, the new is also pro-slavery (“Slaves, obey your masters” wrote Paul on Col 3:22).

Point 2 : We use Reason, Empathy and compassion

Empathy and compassion is what rests at the heart of what enables us to determine what is moral and what is not. We inherit much from the culture we are born into, but things do not stand still, we evolve – physically, socially and emotionally, both as a culture and also as individuals. A great example of this is the recent emergence of a far greater acceptance for Gay people.

Back to Moral Relativism

Now let’s do a quick “Moral Relativism” check. We do not accept slavery as moral, yet clearly if you go back in time (not too far) then you find that slavery was a socially acceptable institution – was it moral then in that historical context?

Clearly not, they were behaving in an immoral manner. Our evolved morality grants us this insight, and so it becomes clear that the Moral Relativism” argument being deployed within the article is quite frankly absurd.

Nobody, except for other Islamists, considers the behaviour of ISIS to be acceptable in any context, and nobody needs a religious belief to work that out. The core issue with ISIS and their abhorrent behaviour is not a lack of morals due to a lack of belief in a god, but rather is very much down to their devotion and embrace of what they believe to be the directives of a god. 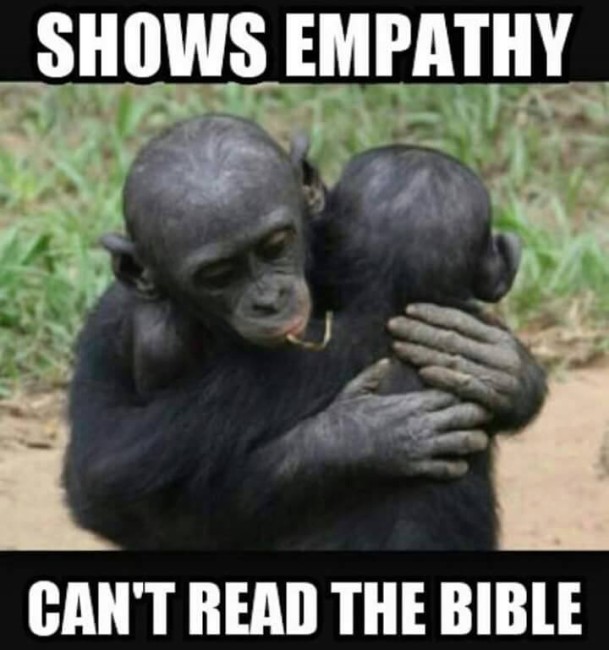 3 thoughts on “Morality with and without a god”