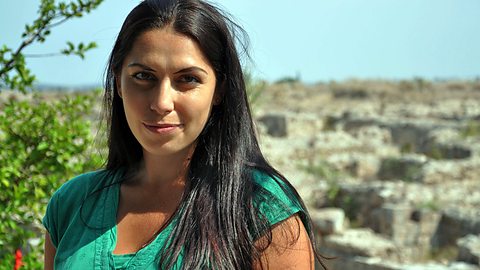 Francesca Stavrakopoulou is Professor of Hebrew Bible and Ancient Religion in the Theology and Religion department at Exeter University, but she is also perhaps better known for the BBC series that she has done. She presented a three-part BBC documentary series about the Bible and archaeology, called Bible’s Buried Secrets, broadcast in the UK on BBC 2 in March 2011.

Here below is the First Episode in which she addresses the question – Did King David’s empire exist?

As an academic, she covers the actual evidence, and the answers that emerge are rather uncomfortable for those of a religious disposition. While the religious PR might indeed claim a specific narrative, the factual truth turns out to be something far more complex and quite distinctly different than the biblical narrative.

It’s well worth investing a bit of time to watch this, and remember, as the professor of the Hebrew Bible and Ancient Religion in the Theology and Religion department at a major university in the UK, this is not a fringe view from a crank, but rather is the generally held consensus of modern scholarship …

Why does the truth of any of this really matter?

It’s ancient history, so why should we really care?

It matters because modern day Israel uses the Mythological claims about King David to justify their modern politics in the region. If indeed the foundation of all that is built upon a lie, then the very idea itself can and should be challenged and not given a free ride.

6 thoughts on “Did King David, as described in the bible, actually exist?”