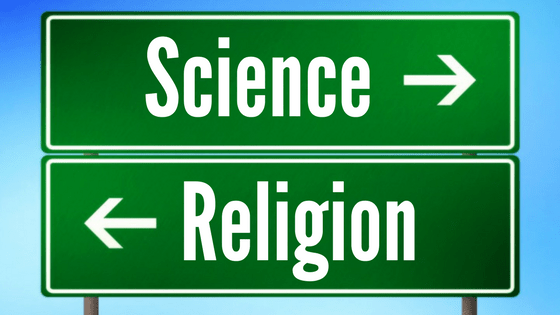 The Discovery Institute, a group of Creationists, have published an extract from the latest book by the deeply religious mathematician John Lennox. It asserts a claim that they rather like, one that very much resonates with their deeply held beliefs.

The essence of it is this ..

Science and God mix very well. It is science and atheism that do not mix

Science proceeds on the basis of the assumption that the universe is, at least to a certain extent, accessible to the human mind. No science can be done without the scientist believing this, so it is important to ask for grounds for this belief. Atheism gives us none, since it posits a mindless, unguided origin of the universe’s life and consciousness.

Er … no. Right out of the gate there is a game of switch and bait in play.

When it comes to the Philosophy of Science, there is no consensus. It is however true that there are some essential assumptions that are untested by scientific processes. For example …

However, what that all quickly gets switched with is a claim regarding the nature of Atheism …

it posits a mindless, unguided origin of the universe’s life and consciousness

When you get your opening premise this wrong, and that is the foundation that the rest of your argument rests upon, then you know that the entire claim is simply wrong.

Atheism makes no claims regarding the origin of life and consciousness. It is rather simpler than that – it is a lack of belief when faced with a claim that there is a God.

A rejection of a religious claim is not in any way a claim regarding the origin of life.

How does his argument Build

He quotes Darwin, but does not explain the context of the quote or give you a reference you can check. Here is that quote …

“With me the horrid doubt always arises whether the convictions of man’s mind, which has been developed from the mind of the lower animals, are of any value or at all trustworthy.”

It actually comes from a letter Darwin wrote and not from one of his books. It is a quote that is commonly quote-mined by creationists.

When you see an isolated quote with no context and no reference, you can be sure that games are being played. Sure enough, look at the quote in context and you find something rather different than the idea expressed by the quote when viewed in isolation.

Darwin was writing a letter of criticism regarding some ideas within a book to the author of that book. He expressed what he felt was his “inward conviction” regarding the concepts he expressed, and then rightly adds a caveat politely explaining that he may of course be wrong, hence the quote.

Mr Lennox then proceeds with a few more quotes. To be honest, after checking the first, the Darwin one, and discovering that it was not being honestly presented, I can only assume the rest are similar misrepresentations. They might or might not be, I lost interest in checking after he blew it with the first one. The first clearly demonstrates that I can’t trust him to honestly quote, so I don’t.

Additionally, even if all the quotes were reliable and accurately represented the opinions of others, they are still opinions and not facts.

That is, naturalism, and therefore atheism, undermines the foundations of the very rationality that is needed to construct or understand or believe in any kind of argument whatsoever, let alone a scientific one. In short, it leads to the abolition of reason — a kind of “abolition of man,” since reason is an essential part of what it means to be human.

In essence he is seriously claiming that naturalism is irrational, and hence by implication, that only the supernatural is truly rational.

That’s quite frankly not rational. Until somebody demonstrates anything supernatural, then the natural is all we have. It makes no sense to appeal to something that nobody has demonstrated is real.

It is no surprise to read this …

I reject atheism because I believe Christianity to be true

Well, yes, and apparently there is a rumour that the Pope just might be Catholic. However, that is just the opening, the claim he is building up to is actually this …

I also reject it because I am a mathematician interested in science and rational thought. How could I espouse a worldview that arguably abolishes the very rationality I need to do mathematics? By contrast, the biblical worldview that traces the origin of human rationality to the fact that we are created in the image of a rational God makes real sense as an explanation of why we can do science.

Er no. Once again, Atheism is not a “worldview”, it is simply the rejection of a God claim that has no evidence and that is the entire scope of it.

I’m also rather blown away by the claim that the “biblical worldview” is rational.

I’m not exactly convinced that the God described by the Bible is in any way rational. For example, this entity supposedly creates humans, is fully responsible for them, then throws a hissy fit and wipes them all out, except for one family, in a flood. It also sets up some weird blood-magic rules where a human sacrifice is required to appease its own anger because a talking snake supposedly tricked a distant ancestor into eating some fruit … and all this is supposedly rational?

To be brutally honest, sincerely believing all of this to be true is simply not rational.

Do Science And Religion Mix?

Humans are complicated. There are plenty of deeply religious people who are also scientists. However, these are distinctly different endeavours.

When we think of science, we are thinking about a process that involves making observations, forming a hypothesis, and then testing that hypothesis. We have a process that is open and transparent and is one that recognises that we can all be fooled, so it is filled with checks and balances. Nothing is ever right, conclusions are simply not wrong. If better evidence emerges, conclusions are revised.

Newtonian mechanics was the emergence of an amazing understanding, and a very powerful tool – it works and provides extremely accurate results. However, when dealing with the very small we needed something better – quantum mechanics. When dealing with the extremely massive, again, we needed something better –  general relativity. To describe velocities that are not small compared to the speed of light, special relativity is needed.

As a rather stark contrast, we have religious belief. It is generally asserted on the basis of no empirical evidence at all. It is a process that is not rational or evidence based, but instead is a cultural artefact that we inherit and adopt without giving it too much thought, and it operates on an emotional level.

So do Science and Religion mix?

In one obvious sense, yes, there are humans who are both religious and also scientific. However, make no mistake in recognising that one is a process that is focused on building our understanding of how things really are and is open to modification, and the other is very much rooted in non-negotiable dogma, has no evidence, and is closed to modification.

While humans can and do embrace both, when it comes to understanding reality, they are simply not compatible, so we compartmentalise them.

If, as is asserted by Mr Lennox, Science and Religion mix well, then we should expect them to reach the same conclusions regarding the nature of reality, but rather obviously they don’t. The answers from each regarding how things really are conflict.