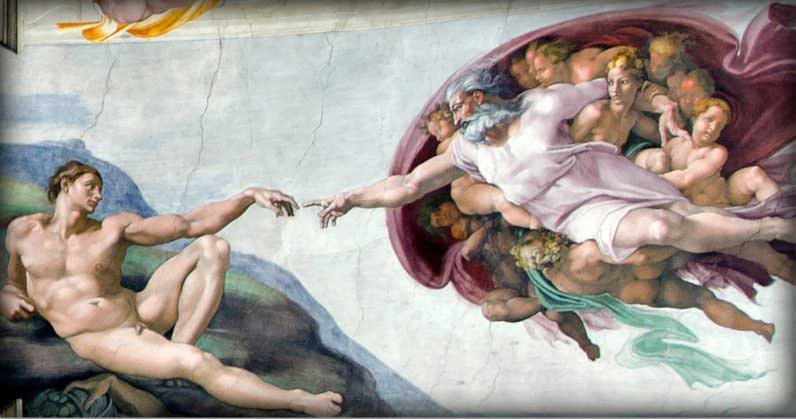 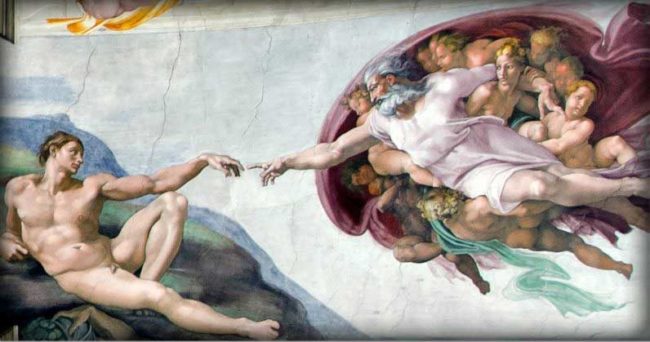 There are humans who doubt and do not believe, and there are humans that do sincerely believe. Today I’d like to briefly mull over some of the common arguments presented by those that embrace the concept of a God.

Disclaimer: I’m not a believer.

Well something much have started it all

Everything is caused by something.

Since the universe exists then something must have caused it.

That cause is God.

You will find many variations of the above. This is known as the cosmological argument. If curious you can read up on it here on the Wikipedia page that describes it in great detail.

There are of course objections. To be specific, if everything has a cause, then what caused God. “Ah”, runs the rebuttal, “God has no cause”. But if the entire argument is founded upon everything having a cause, and the answer turns out to be an exception to this rule (on the basis of no evidence at all), then how can that possibly be the answer?

You can of course also dig a bit deeper into what is being claimed as follows. If we are discussing the origin of the universe having a cause then that is basically a meaningless claim. When we use the term “universe”, we are talking about space-time, and so the origin of this is the start of time itself. To claim a cause for time outside of time is as meaningful as claiming that there is more land south of the south pole.

In summary: There are things we know and understand, and there are also things we do not know or understand. Sticking a “God did it” claim as an explanation for the things we don’t understand is not a solution, but instead is simply making stuff up on the basis of no evidence at all.

Another very common argument concerns watches. Suppose you happened to be walking along and found a watch lying on the ground. You would immediately understand that this was not natural and that the watch had been made by somebody. In a similar manner, look at how complex life is. We are supposedly like that watch, and so there must have been a watchmaker who made us because there is no way for us to have happened naturally.

This is known as the Watchmaker analogy. It also has a Wikipedia page that describes it along with all the counter arguments in great detail.

You will often encounter variations. For example “Intelligent Design”, or a claim that the universe is fine-tuned just for us. The argument itself was popularised by Rev William Paley in his 1802 book Natural Theology or Evidences of the Existence and Attributes of the Deity. The idea does however predate him.

One popular example cited by some advocates is the human eye.

The generic pattern is essentially this – Here is something very complex, I don’t understand how it happened naturally, therefore God.

For some examples cited, such as the previous one involving the eye, there exists a real evidence-based grasp on it all. Nevertheless, our knowledge and understanding does have a boundary, so it will be possible to be able to point beyond that boundary out into the unknown and cite something we do not understand. When faced with that, the only honest answer is “I don’t know, and neither do you“. What you don’t get to do is to claim “God did it”, because once again that is simply making stuff up.

The Problem Of Evil

God is often claimed to have various attributes. God knows everything, God can do anything, and God is perfectly moral.

The reality of the world we live in is that terrible things do happen. This leads to the following questions

Rebuttals to this usually run along the lines of a suggestion that due to our free will, God does not intervene. The counter arguments to this is that people do pray and yet nothing happens, and also that there are things that happen that have nothing to do with human free-will. That includes natural disasters such as storms or earthquakes.

Other counter arguments include, “Ah, but God does not intervene to prevent an even greater evil” – but that is just making stuff up … again.

The Wikipedia page The Problem Of Evil covers the argument in great detail.

When faced with a lack of any possible reason for believing in the existence of a God a standard fall-back is to deploy “Faith”. That is essentially believing things for no reason at all on the basis of no evidence.

There is one key problem worth mulling over here.

There is nothing that you can’t assert by Faith. No position or variation of religious belief is excluded. To put that another way, because you can use Faith to assert anything at all, then it is not a reliable means for determining what is and is not true. This is not a path that leads to either knowledge or truth, and so if you do care about the things that are actually true, then this is not a viable means of achieving that.

The above are some of the most common arguments. The field is vast and diverse, For example the Wikipedia Page “Existence of God” contains a good summary.

In the end, those that believe tend to do so for emotional reasons and have often inherited the idea from their cultural context. It is quite natural for us to attempt to retain an emotional investment by filtering and so people will discard the things that conflict and embrace the things that don’t.

I once truly did, but I no longer do. I can find no objective evidence.

Do you feel that you have some good solid robust objective verifiable evidence for a god, then please do feel free to drop the details in a comment.

Some Questions to Ask yourself

If this is a topic of interest and you are wondering what is and is not true, then here are a couple of questions that might help.

What do you mean when you use the word “God”?

The word itself is very broad and covers a lot of territory. If you find that you do believe in a God, then it is worth thinking about what that means to you. For example do you mean the traditional Christian God, or perhaps the Muslim, Hindu, or some other variation? Do you perhaps instead think of God as an entity that started things rolling, and keeps completely out of the way, permitting things to run by themselves?

Perhaps you think that the Universe itself is God, or perhaps you have other quite different thoughts.

How confident do you feel about this?

Having established what it is you believe, the next avenue to explore is to think about how confident you feel about this. We often hold different degrees of confidence about different things. I might, for example, be confident that the next Star Wars movie will be a good one, but if I think about that a bit more then I might rank that degree of confidence to be only a 70 on a scale of 0 to 100.

What leads you to express that degree of confidence?

Is it something subjective and emotional, or is it something wholly independent and truly objective? Does whatever it is warrant that degree of confidence?

I do like this quote. It is often attributed to Marcus Aurelius, but it is not him. (No really, it is not), but hey, I still like it.

If there are no gods, then you will be gone, but will have lived a noble life that will live on in the memories of your loved ones.”