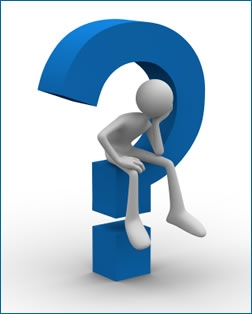 Perhaps “Most Important” is a rather subjective measure, but let me argue for the specific question I have in mind.

I’m not Christian, nor do I believe, and so it might indeed appear to be rather odd that the question I’m putting on the table is this:

What happened on that first Easter?

For most Christians, this should be an easy question, not simply because today is Easter Sunday as I write this, and so the concept is fresh in everybody’s mind, but because it is “the” question that is central to all of Christianity, and I’ve been inspired to ask it by Dan Barker’s posting that he first wrote back in 1992

I’m not asking for specific proof or evidence, and that is because I recognise that the claim is essentially untestable and is a belief and not a knowledge claim.

Instead I’m simply asking this – exactly what happened on that first Easter?

As outlined by Dan in his original challenge …

Since the gospels do not always give precise times of day, it is permissible to make educated guesses. The narrative does not have to pretend to present a perfect picture–it only needs to give at least one plausible account of all of the facts. Additional explanation of the narrative may be set apart in parentheses. The important condition to the challenge, however, is that not one single biblical detail be omitted. Fair enough?

So there you have it, using just the bible, map out the sequence of events of what is perhaps the most important event in the Christian belief.

I would argue that this is the most important question to ask today, because it is one that motivates 2.18 billion humans on the planet and that is roughly 31-32% of the entire population of humans, no other single issue can claim such an audience.

Why does it matter?

Well because this is the foundation of Christianity:

There is no middle ground here, it is one or the other and can’t be both. Either way, it still remains a profoundly important question, one that I still argue is the most important one we face.

We all know what is claimed to have happened?

It should be easy, the central claim is repeated in five different places, The Gospels (Matthew, Mark, Luke and John), and also in Paul’s letters, and so by putting them all side by side we should be able to come up with a consistent story.

The problem is that we don’t, and instead discover huge discrepancies.

One common metaphor often applied to explain all this, one that I’ve personally listened to many times, is that it is akin to a car accident seen by several witnesses. You will get reasonable variations, for example they might not all agree on the exact time of the accident, they might have small variations in the sequence of events, or make a mistake about the make or colour of one or both of the cars, and so the discrepancies are explained away like that.

Slight flaw: many of the discrepancies are not small variations, but instead are huge glaring differences, and would be akin to the various witnesses reporting that they had seen the accident happen, not just on a different day, but in a completely different city. (when exactly did Jesus first appear to the disciples?)

To even deploy the accident metaphor is to also admit that there are indeed mistakes in the bible, but it is supposed to be the divinely inspired word of god, so if that is correct, then what went wrong? If is such mistakes are there, then how can you possibly have confidence in anything you read?

Has Anybody ever taken up Mr Barker’s challenge?

An Assembly of God minister whom I was debating a couple of years ago on a Florida radio show loudly proclaimed over the air that he would send me the narrative in a few days. I am still waiting. After my debate at the University of Wisconsin, “Jesus of Nazareth: Messiah or Myth,” a Lutheran graduate student told me he accepted the challenge and would be contacting me in about a week. I have never heard from him. Both of these people, and others, agreed that the request was reasonable and crucial.

It should be easy to meet the challenge, and so the fact that it is not should act as a big bold red neon sign announcing clearly that there is something not quite right here with this most central core claim, because clearly they can’t all be right, and so some of the accounts in the bible are wrong.

Since that observation is indeed demonstrably correct, then how exactly do you work out what is and is not true, how do you decide what you will believe and what is not factual?

It would appear that the bible is not the absolute truth, and turns out to be a text in which people simply pick the bits they like and discard the rest by sweeping all such discrepancies under the rug. If you are going to base your entire life upon an ancient religious text, then picking one that is not consistent and reliable puts you in a very questionable place.

But what about Meaning?

If you did put the bible down and came to terms with the realisation that it might not be true, then does that imply a life with no meaning?

Life Driven Purpose: How an Atheist Finds Meaning (Amazon UK, or Amazon US)

.. and the kindle edition has a very reasonable price ($7.18 – that is on par with a cup of coffee and a muffin). Even if you believe, and don’t agree, it is still worth taking the time to pick it up and understand what the folks standing on the other side of the fence are saying, because once you understand the full conversation taking place, then that puts you in a stronger position.

Some of the  Discrepancies

As listed by Dan in his posting, here are some of the questions to ponder over …

What time did the women visit the tomb?

Who were the women?

What was their purpose?

Was the tomb open when they arrived?

Who was at the tomb when they arrived?

Where were these messengers situated?

What did the messenger(s) say?

Did the women tell what happened?

When Mary returned from the tomb, did she know Jesus had been resurrected?

When did Mary first see Jesus?

Could Jesus be touched after the resurrection?

After the women, to whom did Jesus first appear?

Where did Jesus first appear to the disciples?

Did the disciples believe the two men?

What happened at the appearance?

Did Jesus stay on earth for a while?

Where did the ascension take place?

1 thought on “The most important question today for all humans”