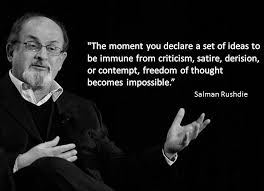 The European Union’s Foreign Affairs Council has been giving the idea of “freedom to believe” some thought, so what have the come up with?

They have issued  18 pages of EU Guidelines on the promotion and protection of freedom of religion or belief.

It basically endorses the concept of freedom of thought and points out that this includes all forms of religious belief. Well, that is of course correct, people should indeed be free to believe whatever they wish, even if it has no evidence at all, and is obviously not true.

In line with these provisions, the EU has recalled that “freedom of thought, conscience, religion or belief, applies equally to all persons. It is a fundamental freedom that includes all religions or beliefs, including those that have not been traditionally practised in a particular country, the beliefs of persons belonging to religious minorities, as well as non-theistic and atheistic beliefs. The freedom also covers the right to adopt, change or abandon one’s religion or belief, of one’s own free will.

Ah but there is one very important aspect here, how do they square the circle, what happens when freedom of thought conflicts with freedom of expression; these can often conflict. So here is how they do it …

32. In the event that violence is threatened or carried out, or restrictions are imposed in connection with an expression of opinions on religion or belief, the EU will be guided by the following principles:

a. When critical comments are expressed about religions or beliefs and such expression is perceived by adherents as being so offensive that it may result in violence towards or by adherents, then:

i. Resist any calls or attempts for the criminalisation of such speech;
ii. Individually or jointly with States or regional organisations, endeavour to issue statements calling for no violence to be committed and condemning any violence committed in reaction to such speech;
iii.Encourage state and other influential actors, whether religious or non-religious, to speak out and to engage in constructive public debate concerning what they see as offensive speech, condemning any form of violence;
iv. Recall that the most effective way to combat a perceived offense from the exercise of freedom of expression is the use of freedom of expression itself. Freedom of expression applies online as well as offline. New forms of media as well as information and communications technology provide those who feel offended by criticism or rejection of their religion or belief with the tools to instantly exercise their right of reply.

… or to put all that another way … the right to freedom of religion or belief, as enshrined in relevant international standards, does not include the right to have a religion or a belief that is free from criticism or ridicule.

Restrictions to the freedom of expression are in some circumstances appropriate, for example to safeguard individual rights and reputation – you don’t have the right to slander or libel (write or say things about people that are not actually true), however the key point is this; international human rights law protects individuals, not Beliefs. People can and should be free to believe, and others can and should be free to criticise such ideas.