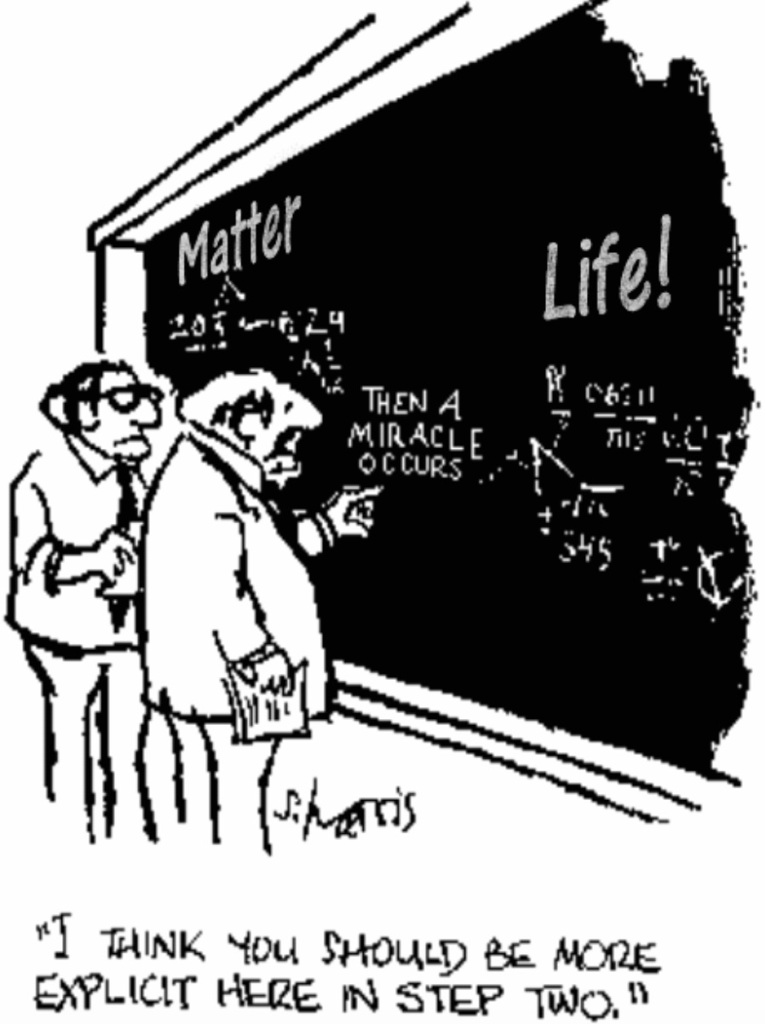 So the Christian News Network, has an article entitled “Renowned Chemist Says Evolutionists Do Not Understand the Origin of Life“, and that surprises me because the word, “Evolutionist” is one that tends to be utilised by highly religious folks taking an anti-science stance and is not a word deployed by “renowned chemists”, thus I was curious to take a peek and see.

Here is how it plays out.

A prominent chemist who was recognized this year as one of the 50 most influential scientists in the world says most scientists do not understand how evolution could explain the existence of life.

Dr. James Tour is a well-known professor at Rice University, specializing in chemistry, nanoengineering, and computer science. Over the last 30 years, Tour has authored over 500 research publications, and he was recognized as one of “The 50 Most Influential Scientists in the World Today” by TheBestSchools.org. Tour has also received awards and recognitions from the American Chemical Society, Thomson Reuters, Honda, NASA, and others.

Now my immediate go-to thought when faced with such a build-up is to think, “this is going to be an Appeal to an Authority, and if so, then that is a rather common logical fallacy. This is because the things that are true, are true, not because famous person X says they are, but rather because there is independent objective evidence, and when such evidence is lacking then this is a rather common gambit that is often deployed to try and assert a religious claim.

If Mr Tour was an evolutionary biologist and not a chemist, then commenting upon evolution would perhaps be an appropriate thing for him to do, but for him to comment upon something that is not actually his area of expertise makes this a rather obvious fallacious argument from authority.

In a video released in late 2012, Tour explained that he has had extensive experience studying the origin of life.

Say what! … this article is actually based upon something Mr Tour said on YouTube over two years ago, now that strikes me as very odd and immediately sets even more alarm bells ringing.

So the article then claims …

Despite his experiences and expertise, Tour admits that he does not understand how evolution could account for life’s existence.

Actually no, that is not what Mr Tour claims, all they offer as evidence for that is something that completely blows the above apart. From the viewpoint of his supposed “expertise” he explains that he does not understand evolution at all …

To say, “Here is something I don’t understand” is fine, but to then assert, “Therefore god did it” is just making stuff up. So the article suggests that this is his stance, but that does not appear to be factually correct at all.

In 2001, Tour did indeed sign the Discovery Institute‘s “A Scientific Dissent From Darwinism“, a rather controversial petition which the intelligent design movement uses to promote their claims, but when challenged about this, Mr Tour has commented on his blog as follows …

to those who “are disconcerted or even angered that I signed a statement back in 2001” he responded “I have been labeled as an Intelligent Design (ID) proponent. I am not. I do not know how to use science to prove intelligent design although some others might. I am sympathetic to the arguments on the matter and I find some of them intriguing, but the scientific proof is not there

So there you have it then, that is his actual position on all of this.

In conclusion, I have these key observations …

The basis of the entire article is a two your old YouTube clip in which a guy who does not understand evolution, and admits that he does not understand evolution, then proceeds to express doubt about the very thing that he clearly says he does not actually understand, and sort of implicitly suggests “therefore god” … but when pressed, will admit that he has exactly zero evidence for the god did it claim, and so dissociates himself from that specific idea. Here indeed we see a smart guy struggling to come to terms with the conflict between scientific facts and religious beliefs. He clearly embraces those religious beliefs for what are most probably cultural and emotional reasons, and yet finds that he now suffers a bit of an inner storm as he tries to align that with what he knows, and so I have nothing but sympathy for him.

My actual criticism here is primarily directed towards the author of the article, Mr Garrett Haley, and not Mr Tour who appears to have been grossly misrepresented. If you would indeed like to see an example of something being magically created out of complete nothingness, then I can perhaps suggest that this article appears to be an example of exactly that.

1 thought on “Claim: “Renowned Chemist Says Evolutionists Do Not Understand the Origin of Life””