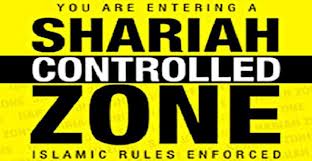 The rather surprising news is that Brunei has put in place a new sharia code, a very very strict version, that includes fines and jail terms for offences such as failure to attend Friday prayers, and also with future penalties that will include flogging and death by stoning.

Hey Brunei, welcome back to the 7th Century.

The sultan of oil-rich Brunei has announced the introduction of tough Islamic criminal punishments, pushing ahead with plans that have sparked international condemnation and rare domestic criticism of the fabulously wealthy ruler.

“With faith and gratitude to Allah the almighty, I declare that tomorrow, Thursday 1 May 2014, will see the enforcement of sharia law phase one, to be followed by the other phases,” the absolute monarch said in a royal decree on Wednesday.

Plans for the sharia penalties – which will eventually include flogging, severing of limbs and death by stoning

You can only wonder why. When asked, he claimed …

in his decree that the move was “a must” under Islam, dismissing “never-ending theories” that sharia punishments were cruel in comments clearly aimed at detractors.

“Theory states that Allah’s law is cruel and unfair but Allah himself has said that his law is indeed fair,” he said.

Some might refer to all this as medieval, but that is not factually correct, the term “medieval” is far too modern and tame a word for ideas firmly rooted in 7th century superstitious thinking.

One thing is certain, this has nothing to do with the Sultan of Brunei suddenly becoming more religious. As a guy who is part of a family that enjoys a lifestyle that includes a harem of western paramours and a luxury yacht named “Tits”, it is clear that something else is going on, so why would he do this?

In my own mind, what appears to be in play here is that this is a survival strategy. In an age in which moderate Islam is on the decline and the more fundamentalist variations are growing, there is a need for the prevailing regime to align with that reality if it is to survive intact.

The problem is that once you get into bed with such fundamentalism it will potentially turn on you anyway and utterly consume and devour you. The Sultan himself may in fact have no actual intent to start stoning people in public and is in all probability paying lip service to the idea as a form of appeasement, but opening the door to those that truly do think stoning is all a rather good idea may also result in them accusing the very westernised Sultan of being an ideal candidate for first to the wall when the stones start flying.

If there is indeed one thing that we have learned the hard way from history, pandering to religious lunatics is never a good idea. In this case the enforcement of this barbaric ideology risks ripping the entire culture apart – it really is not going to end well, and if you are not too sure about that then just ask anybody who lives in Syria or Egypt.