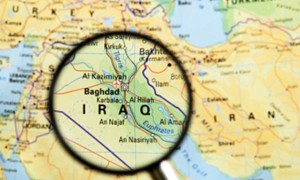 There is of course much that is being written by many as both Syria and Iraq rip themselves apart and so while this latest turn of events might appear to be a surprise, it should not be. This is because the sequence of events that is playing out is the inevitable consequence of the belief driven sectarianism that has been in play for many centuries.

When it comes to events in the Middle East a good source of insightful writing is Thomas Friedman, a New York Times Columnist, not simply because he has won the Pulitzer Prize three times, but also because he goes there and spends time learning about what is really going on. He lived in Beirut during the civil war, and in  Jerusalem during the First Palestinian Intifada. He also personally encouraged  Saudi Crown Prince Abdullah to make a comprehensive attempt to end the Arab-Israeli conflict by normalizing Arab relations with Israel and from that came the Arab Peace Initiative at the Beirut Summit. In fact even Obama has sounded him out when it comes to Middle East issues.

So what does Mr Friedman have to say about the latest turn of events?

Well, having been in Iraq only two weeks ago, he has written a rather interesting article – 5 Principles for Iraq – from which I shall pluck a few key observations that yield a degree of insight that is not often found.

The Sunni jihadists, Baathists and tribal militiamen who have led the takeover of Mosul from the Iraqi government are not supporters of a democratic, pluralistic Iraq, the only Iraq we have any interest in abetting. And Iraq’s Shiite prime minister, Nuri Kamal al-Maliki, has proved himself not to be a friend of a democratic, pluralistic Iraq either. From Day 1, he has used his office to install Shiites in key security posts, drive out Sunni politicians and generals and direct money to Shiite communities. In a word, Maliki has been a total jerk. Besides being prime minister, he made himself acting minister of defense, minister of the interior and national security adviser, and his cronies also control the Central Bank and the Finance Ministry.

Maliki had a choice — to rule in a sectarian way or in an inclusive way — and he chose sectarianism. We owe him nothing.

So given a choice between supporting a gang of religious thugs, or a greedy power grabbing jerk who is out for himself, who will the US or the UK support? To be frank, neither … ever … and so there will be no UK or US boots on the ground. Both have learned that lesson the hard way and have no political appetite left for yet another replay of a rather pointless conflict.

What is of course desirable to the US, UK and others outside, is stability, or at least some semblance of it, so that oil can continue to flow, but beyond a few small steps that try to achieve that, nothing will happen and events will be left to play out without any intervention.

Second Observation
When it comes to Mr Friedman’s thoughts on why the sequence of events have now turned in this direction, well he has this interesting insight …

It was Iran that armed its Iraqi Shiite allies with the specially shaped bombs that killed and wounded many American soldiers. Iran wanted us out. It was Iran that pressured Maliki into not signing an agreement with the U.S. to give our troops legal cover to stay in Iraq. Iran wanted to be the regional hegemon. Well, Suleimani: “This Bud’s for you.” Now your forces are overextended in Syria, Lebanon and Iraq, and ours are back home. Have a nice day.

Indeed yes, Iran will now reap the bitter harvest from the seeds they have planted, and letting that continue is very much in the interests of the US.

It is not a complete disaster

The Kurds in the North have nailed it and took a very different approach, they appear to have abandoned sectarianism and found a better way …

I visited Kirkuk, a city that has long been hotly contested between Kurds, Arabs and Turkmen. When I was there five years ago, it was a hellish war zone. This time I found new paved roads, parks and a flourishing economy and a Kurdish governor, Najimaldin Omar Karim, who was just re-elected in April in a fair election and won more seats thanks to votes from the minority Arabs and Turkmen.

“We focused on [improving] roads, terrible traffic, hospitals, dirty schools,” and increasing electricity from four hours a day to nearly 24 hours, said Dr. Karim, a neurosurgeon who had worked in America for 33 years before returning to Iraq in 2009. “People were tired of politics and maximalism. We [earned] the confidence and good feelings of Arabs and Turkmen toward a Kurdish governor. They feel like we don’t discriminate. This election was the first time Turkmen and Arabs voted for a Kurd.”

In the recent chaos, the Kurds have now taken full military control of Kirkuk, but I can tell you this: Had Maliki governed Iraq like Karim governed Kirkuk, we would not have this mess today. With the right leadership, people there can live together.

Now there resides hope for a pattern, that if embraced, can lead to a solution. It might not be perfect, but it is a damn sight better than the alternatives in play in the south.

There really is a better way

The Kurdish example is not unique, there are other examples …

Why is it that the two states doing the best are those that America has had the least to do with: Tunisia and the semiautonomous Kurdistan region of Iraq?

Answer: Believe it or not, it’s not all about what we do and the choices we make. Arabs and Kurds have agency, too. And the reason that both Tunisia and Kurdistan have built islands of decency, still frail to be sure, is because the major contending political forces in each place eventually opted for the principle of “no victor, no vanquished.”

The two major rival parties in Kurdistan not only buried the hatchet between them but paved the way for democratic elections that recently brought a fast-rising opposition party, that ran on an anti-corruption platform, into government for the first time. And Tunisia, after much internal struggle and bloodshed, found a way to balance the aspirations of secularists and Islamists and agree on the most progressive Constitution in the history of the Arab world.

Now there indeed are patterns for a better world, … and gasp! … they worked it out themselves. Given time, those in the South will eventually grow weary and look for a better way, and need look no further than Kirkuk to find it, but tragically a great deal of blood will be spilled on the road that takes them there.

Until they are prepared to let go of the belief-driven sectarianism they will not be able to get there, and this I suspect is something that will in the end only be realised the hard way after much time.