So my ballot papers have arrived and as I opened them up to vote (yes, I get to vote early by post, so it is make-my-mind-up time) I suddenly realised that I still have no idea which box I should tick … yet.

Initially it was tempting to tick the box against the guy I voted for last time, but that is not really a great way to make such a choice. It is also tempting to simply tick a box against either the Con guy or the Labour guy (the two main parties) because anything else would be a wasted vote … but damn it, I care about specific things, so why should I not go evidence-based and tick the closest match to those who hold similar views.

Oh wait, there is a better solution, because the BHA have already done a lot of that and so they have some excellent guidance. Here is a summary of that .. 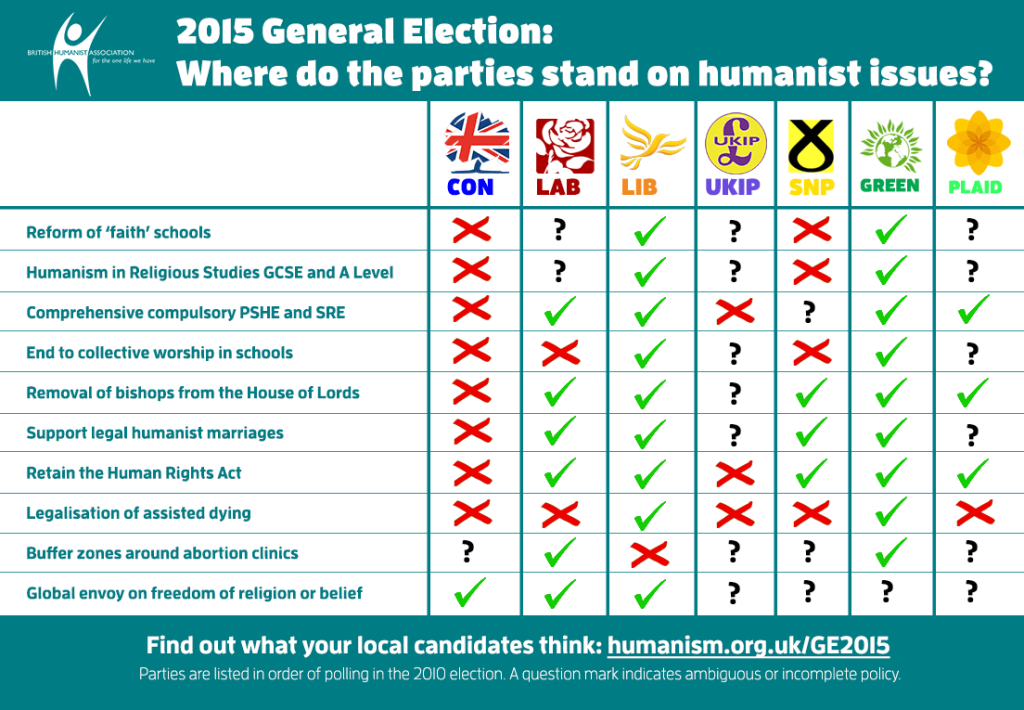 So that appears to point towards Lib-Dems or Green, and yet that is just a small selection of issues, there are of course other concerns as well, namely fiscal responsibility, and a focus on people over money (Hint: funding the NHS sends a good message, selling it does not).

So who will I vote for?

I think I know, but I’ll sleep on it for now.