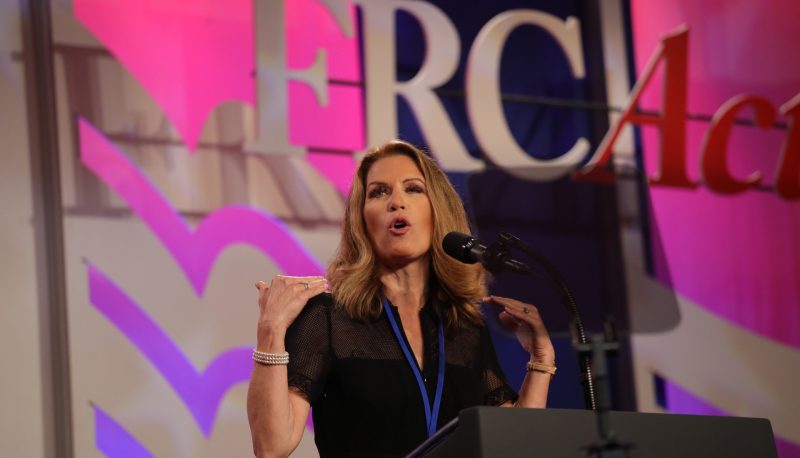 Normally this is a weekly posting, but I skipped doing it last week because I was at QED. So what happens this week, will I scan over 14 days worth of news, or will I simply stick to looking back over 7 days?

I’ll stick to scanning over the past 7 days.

If I had done a posting last week then what did I miss?

If for example I take a quick peek at postings done by the Friendly Atheist then there was clearly plenty of religious weirdness that week. For example …

The challenge each week is not finding three items of weirdness to highlight. Instead it is the struggle to restrict myself to just three. That however was another week, so what happened this week, who popped up to announce that they can not only believe strange things, but will quite happily and very vigorously promote it without any embarrassment at all?

Here is my personal selection of three from the past seven days.

Saying that he is sick of people mocking him because some of his prophetic warnings have not yet come true, Bakker bellowed that “when God says something to you, you don’t always know the exact time it’s going to happen. [So] stop beating up the prophets because God says, ‘Woe unto you when you beat up on the prophets.’”

“God is speaking to his people,” he continued. “The only ones who probably aren’t talking to God these days are mean people in America, people who just are anti-Christ.”

“If you don’t want to hear it, just shut me off,” Baker said. “Especially you folks that monitor me every day to try to destroy me. Just go away. You don’t have to be there, you don’t have to hear it. But one day, you’re going to shake your fist in God’s face and you’re going to say, ‘God, why didn’t you warn me?’ And He’s going say, ‘You sat there and you made fun of Jim Bakker all those years. I warned you but you didn’t listen.’”

Hey Jim, as long as you keep popping up in the public square and saying weird things, then we will all continue to laugh at you. If you truly don’t like being laughed at, then stop promoting absurd nonsense.

For anybody wondering and not familiar with this guy, then be aware that he is a grifter who uses religious end-of-the-world claims to drum up fear that is designed to motivate the gullible into buying overpriced buckets of survival goop (which is truly horrendous stuff).

So why do people mock him and not listen to him?

God has apparently selected a highly dubious con-artist to be his official prophet. Not only has he been previously jailed for religious fraud, but he was also accused of drugging and then raping a 21 year old church secretary, and then used $279,000 of church funds to try and bribe her to be silent. When accused, he did not deny it, but instead claimed that it was consensual.

This is not a nice guy who is simply being misunderstood, and so I have no scruples about mercilessly mocking and ridiculing him for his ongoing use of religion to con gullible people.

Item 2 – Michele Bachmann: “Every Archeology Find” Has Proven the Truth of the Bible 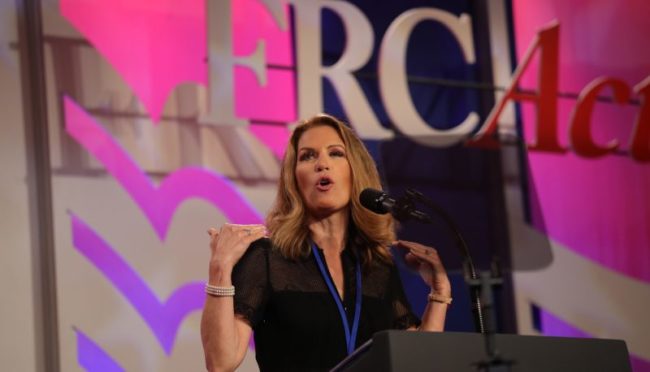 Again via Right Wing Watch, we have the deeply religious former Minnesota Rep. Michele Bachmann popping up. While speaking to the 2017 Values Voter Summit she went off range and started preaching at everybody, urging them to accept Jesus Christ as their personal savior or spend eternity in hell. Values Voter Summit is not a church or even a religious group, but is instead an annual political conference held in Washington, D.C. for American social conservative activists and elected officials.

Bachmann opened her remarks by celebrating the election of Donald Trump before dedicating a significant portion of the remainder of her speech to recounting the history of Christianity and the saving power of Christ.

“You know, the remarkable thing,” she said, “when you read the Bible, every archeology find that has ever come forward has only proved the authenticity of the Bible.”

“We can’t even conceive of how great eternity will be with Him,” Bachmann declared. “It will be fabulous. And as fabulous as heaven will be, there will also be a literal hell. In the greatest tragedy in all of history, people who do not receive this free gift, there will be a place called hell and hell lasts just as long as heaven.”

It takes about roughly 30 seconds on google to fact check this claim. If curious, just surf on over to the Wikipedia article on the historicity of the Bible. There you will discover that …

Archaeological discoveries since the 19th century are open to interpretation, but broadly speaking they lend support to few of the Old Testament’s historical narratives and offer evidence to challenge others

To quote mine that article for you, here are a few snippets that illustrate rather glaring challenges …

…The battles involving the destruction of the Canaanites are not supported by archaeological record, and it is now widely believed that the Israelites themselves originated as a sub-group of Canaanites…

..archaeological evidence as well as textual criticism has led many modern historians to treat Israel/Samaria and Judah as arising separately as distinct albeit related entities centered at Shechem and Jerusalem respectively, and not as a united kingdom with a capital in Jerusalem….

It is perhaps in some ways rather ironic that she is deploying a popular modern myth (that the bible is 100% accurate, historical, and supported by archaeology), in order to persuade those listening to embrace her religious mythology at “truth”. I suspect she sincerely believes all this, but the facts reveal that she is also sincerely wrong.

Via the Friendly Atheist, we learn that Pastor Howard-Browne is making a claim that the powers that be in Hollywood are apparently drinking the blood of young children. OK, so he is perhaps using a metaphor to describe how filmmakers are focused on profit and don’t give any consideration to the impact on younger viewers … right?

Er no … apparently he is claiming this as a literal fact and not a metaphor, it really is that daft. Just to be clear, this guy is a grade 1 gold-plated conspiracy nut …

… so this latest claim regarding actual child sacrifice in Hollywood is not a huge leap for him.

This is from about 1 min into the above clip …

…It’s time to mock the false gods of the age and their prophets,…

.. indeed yes, that is exactly why I’ve done this posting …

They’re prophets of the enemy … These people are full of the devil, these people can’t even be reasoned with, these are not people you can talk to,

“They sacrifice children at the highest levels in Hollywood,” Howard-Browne declared. “They drink blood of young kids. This is a fact. That is why the next thing to be exposed will be all the pedophilia that is going to come out of Hollywood and out of Washington, D.C. The human sacrifice and the cannibalism has been going on for years. Some of you say, ‘Oh, they don’t do that.’ It’s worse than what you think. You remember when the whole spirit cooking thing came out? That’s commonplace, ladies and gentlemen. And many of the Hollywood actors that you go see on a screen, what you don’t know [is] they bring a witch, they do a big seance right there on the set and they worship devils and they allow devils to come into them before they take the part of what they’re going to act.  It’s a fact what I am telling you.”

He claims, “Its a fact what I’m telling you“. Er .. no, what he is telling you is fiction. Shouting over and over that something is a fact does not make it so.

You can fact check what he is claiming. As is pointed out by the Friendly Atheist this spirit cooking thing he refers has been fact-checked and established to be fiction …

(“Spirit cooking,” of course, is one of the hoaxes that spread in far-right circles as they worked last year to discredit Hillary Clinton.)

What is truly scary about this guy is not that we have yet another nutcase touting such stuff that most, except perhaps for the most gullible, will recognise to be BS. Instead, here we have a pastor who not only touts this BS,  but is also the same pastor that has been invited to the White House to put his hands on the President, pray for him, and guide him.

Of all the vast diversity of humanity, the intellects and thinkers, the extremely delusional conspiracy nuts such as this guy are the people that Trump opts to surround himself with. Now that’s the truly scary part of all this.