So the story is this, shadow Health Minister Darren Millar sent the following questions to economy minister Edwina Hart in the welsh assembly …

… and no doubt upon receiving that, the initial thinking must have been either, “This guy is playing a prank on us”, or “Oh FFS, this guy is a nutter”, or similar, and so deployed the following wholly appropriate official reply …

… and yes, while that might indeed look like Welsh, it is actually Klingon, the made-up language from Star Trek. It translates to ““The minister will reply in due course. However, this is a non-devolved matter.”

While everybody else is of course amused by the wholly appropriate response to a nutter wasting official resources by asking daft questions, the chap in question tried to manufacture a bit of political capital out of it all with the following quip …

“I’ve always suspected that Labour ministers came from another planet. This response confirms it.”

With a hat tip to xkcd, we have this observation … 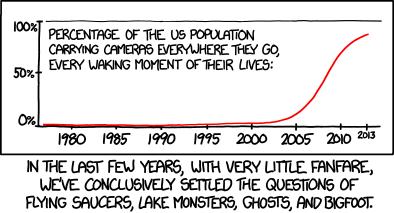 and a bit more fun

Did you know that if you go to google, click “Settings” –> Search Settings –> Languages –> Show More, then there among the options you will indeed find “Klingon”.

Now you better remember how you set that, because when you do (I know some of you will try it) then you will either need to remember how you got there, or be able to actually read Klingon to get back to english.

Side note: check out the other options, they also have “Pirate”, “Bork bork bork”, “Hacker”, and “Elmer Fudd”.

So exactly how real is Klingon as a spoof language? Well apparently there are a few people who can actually hold a conversation in it.

Who first invented it? Now this may surprise you, but the basic sound and the first few words, were made up (of course) by James Doohan, the guy who played Scotty.

There is a Klingon Institute whose goal is to promote the Klingon language and culture.

It is all simply a bit of fun, but we all also know that there are a few out there who take it all way too seriously. Meanwhile, deploying it to answer UFO nuts is indeed deliciously beautiful.