As a response to the previous listing from last week a friend who is a Christian pointed out in a comment … “you are right to be sceptical, but not all us are taken in by this stuff.”. I believe that is indeed correct. While most humans are probably religious they are also not complete lunatics that have abandoned any and all common sense.

As for those that have … well here is my pick of the top three of them from the past 7 days.

Item 1 – Pastor chats to God on his phone 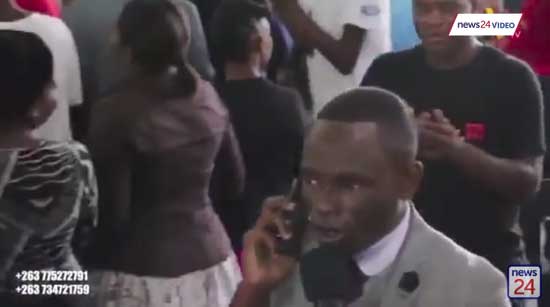 A clip has emerged of Pastor Paul Sanyangore, of Victory World International Ministries Church in Zimbabwe, supposedly chatting to God on his Mobile …

marching to the front of the stage with a woman dressed in a white dress, kneeling down, with both her hands in the air.
“Hello‚ is this heaven? I have a woman here‚ what do you have to say about her?” the pastor asks on his cellphone.

Least you wonder, yes this guy is indeed a known con man, and has a track record of doing weird stuff. As noted by one commenter …

In 2015, he “killed” four members of his congregation before miraculously bringing them back to life. No one ever figured out how he pulled that one off…

The title might suggest that a Christian was issuing an appeal to other elected representatives to convert, but that is not what is going on here.

Rep. Whelan was asked a serious question about tax dodging, and decides to play the Jesus card to avoid actually answering it.

The debate was about amending the law to close a tax loophole that enables companies in Mn to avoid paying tax. Democratic State Rep. Paul Thissen, who wanted to have the loophole closed, asked Rep. Abigail Whelan a direct question regarding her opposition …

“… Do you think benefiting people who are hiding money in Liberia is worth raising taxes on your own constituents?”

Did she even try to answer this question?

Hell, no, she ducks and plays the Jesus card to ensure the rich can carry on being rich by robbing the people in Mn.

… It might be because it’s late and I’m really tired, but I’m going to take this opportunity to just share with the body something I have been grappling with over the past several months, and that is, the games that we play here.

And I just want you to know, Representative Thissen and the [Democratic] caucus – I forgive you. It is okay, because I have an eternal perspective about this.

I have an eternal perspective and I want to share that with you and with the people listening at home, that at the end of the day, when we try to reach an agreement with divided government, we win some, we lose some, nobody is really happy, but you know what? Happiness and circumstances – not what it’s about. There is actual joy to be found in Jesus Christ. Jesus loves you all.

If you would like to get to know him, [if] you’re listening at home, [or] here in this room, please email me, call me. Would love to talk to you about Jesus. He is the hope of this state and of this country.

If I asked you to guess which political party she represents, I suspect you would have no difficulty in guessing that it is not the Democratic one.

To those that think this is all fine stuff, let me remind you that she is the one playing games here in order to enable tax avoidance to continue and to ensure the rich remain rich.

I'm beginning to think that in America, a Conservative Christian is one who thinks the Beatitudes are a Chinese hoax

This, I cannot let pass without a mention. It is not as such something weird, but rather concerns the utter brutish and completely bizarre behaviour of Creationist Greg Gianforte.

On 24th May, Ben Jacobs, a political reporter for The Guardian newspaper, was attempting to interview Greg Gianforte, and to the complete astonishment of the Fox News crew in the room, Gianforte “bodyslammed” him to the floor and broke the reporter’s glasses. This was all witnessed, the Fox News crew corroborated it.

Gianforte was charged with assault. The very next day, he then wins the Montana Special Election.

Least you wonder, he probably won, not because the voters supported what he did, but because most people had already voted by post before the incident.

Listen to me get body slammed in Montana https://t.co/I8hAUsmuWw

Why is this weird “religious” news?

Well, because he is also a rather typical right-wing conservative Christian who opposes science, LGBT Rights and women’s rights. That is both who he is and what makes him tick. 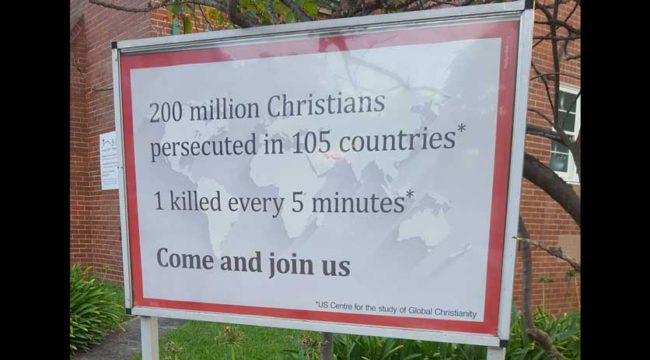 Least you wonder, this is a real outreach campaign, it is not satire.