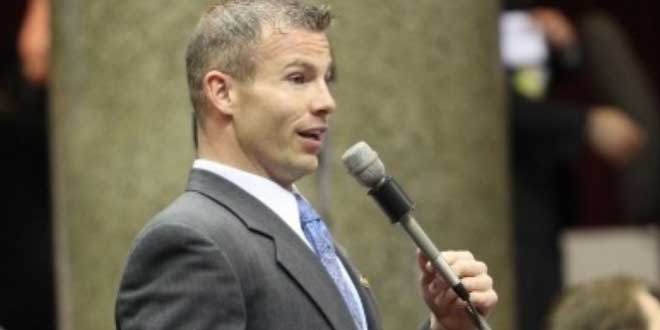 When some deeply religious people complain that they don’t like being laughed at, it is often pointed out that the rather obvious solution is that they should stop broadcasting some utterly daft ideas and claims in public.

Was this advice adhered to during the past week?

Nope, and so here is my pick from the week.

Regardless of their specific beliefs, there are in reality normal decent human beings and then there are also some truly obnoxious pricks. One such example of this is Republican Lawmaker Rick Brattin. The editorial board of the Kansas City Star has the details … 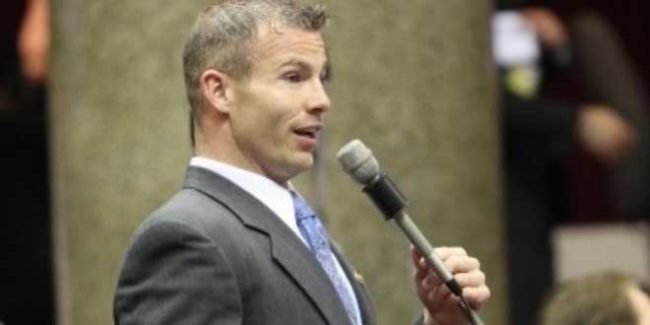 “When you look at the tenets of religion, of the Bible, of the Qur’an, of other religions,” he said Monday, “there is a distinction between homosexuality and just being a human being.”

The statement, made on the Missouri House floor, was deplorable. It betrayed a stunning lack of understanding of theology and self-government: The Constitution protects all Americans from the tyranny of any single faith-based approach to secular law.

We asked Rep. Brattin to explain his statement, but he did not return a phone call to his office.

He has said weird stuff like this before, its not a first …

He has sought an equal footing for teaching creationism in public schools. He proposed requiring the father’s consent before an abortion except in cases of “legitimate rape.” He suggested college football players who refuse to play for political reasons should lose their scholarships.

He gets voted into office because he is in a deeply religious demographic. However, clearly many are also decent people who are quite frankly horrified by such stuff and so the Kansas City Star has thrown a spotlight upon him to alert folks about his specific stance.

One further thought. If you are yourself deeply religious and so ponder the idea that he just might be right because the bible advises that being Gay is an abomination, then you should perhaps pause that thought for a moment and consider this. That same bible not only advises that eating shellfish is an abomination, but also gives you explicit guidance on how you should correctly beat your slave (apparently it is just fine as long as your slave lives for three days after the beating). You already happily discard all of that as either daft or morally dubious.  To retain the distinction of being a decent human being you can also toss all the homophobic stuff into the same place you tossed all the endorsements of slavery.

Item 2 – Pastor Rick Joyner: Christians Prophets Will Soon Be Able to Predict the News a Week in Advance

Pastor Rick Joyner is a chap who makes up some truly absurd stuff in order to impress the gullible, and has a well-established track record for doing this …

He said hundreds of people were resurrected at his church (no proof), that God made it rain inside the building (no video), and that climate change is a hoax because we haven’t had any hurricanes since Katrina (we have).

His latest gem of a claim is this …

pastor Rick Joyner declared that the world will soon see a wave of modern-day Christian prophets who will “exceed anything that was done by Old Covenant prophets” like Moses, so much so that they’ll be able to release newspapers accurately reporting on events a week in advance.

“We’re in desperate need of such prophets right now in the world,” he said. “We should be able to put newspapers out a week before the date and then go for longer; including sports. You don’t need to watch the Super Bowl, I’m going to tell you what’s going to happen.”

Joyner claimed that he had actually experienced a “foretaste” of that gift several years ago when he and fellow “prophet” Bob Jones supernaturally received the scores of several World Series games before they had even been played.

“We were having a conference when the World Series was going on and Bob and I both got some of the scores of the games before the games were played,” he said. “We didn’t tell anybody—we wrote them down, hid ’em, but didn’t tell anybody because we didn’t want anybody gambling on them.”

Do you think his supernatural powers enabled him to see just how many people would be laughing at his absurd claim?

Mr Bakker continues to pop up within my weekly posting so very many times that you might perhaps accuse me of being obsessed by him. He is however quite consistently weird. Like Alex Jones, I suspect in his specific case it is not real, but instead he is simply running a con and does not actually believe the stuff he comes out with. He does have a track record and did spend time in jail for religious fraud, hence I’m not speculating, there is solid evidence.

So what has he said this week?

“It seems like there is a hatred among peoples and this is satanic,” he said. “This is the White Horse of the Apocalypse. The White Horse of the Apocalypse is the first horse. It’s a horse of speech. It’s a horse of spirit. And the spirit of Antichrist is out now. This is what you’re seeing. You want to know what the Antichrist spirit looks like? That’s what’s going on in America. These people mocking the president. The words they use. The speech they use. That’s the spirit of Antichrist. That’s the spirit of hatred.”

When you are president then being mocked, criticised, and ridiculed is part of the job description, so generally you will have a thick skin and ignore it all. In most western nations such mockery and criticism is a rather popular sport.

When Obama was in the Whitehouse he was declared to be the Antichrist. In fact, back in 2013 a poll revealed that 13% of voters thought that Barack Obama was the anti-Christ, and rather more astonishing, 5% of those that thought that, voted for him anyway. So there you go then, people will happily vote the Antichrist into office, and that perhaps illustrates just how muddled some people can be. Folks like Jim Bakker simply come along and play them like a Harp.