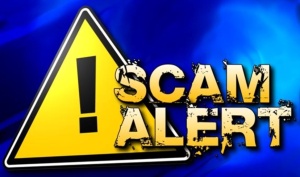 As you might or perhaps might not be aware, the UK’s most famous supposed psychic, Sally Morgan, has been having rather a lot of dire publicity recently, so that is perhaps something to celebrate.

It all started last April when skeptic Mark Tilbrook was outside one of her shows handing out leaflets that gave those attending a critical thinking checklist.   When Mrs Morgans husband and son came out and threatened him, he was luckily wearing a lapel camera, so it was all captured and then went very very public and viral …

Mr Tilbrook described it all himself as follows …

“As I explained in the Guardian on 7 October, 2014 (http://www.theguardian.com/science/bl…), I decided earlier this year to leaflet outside various psychic stage shows, encouraging members of the audience to ask themselves questions about psychic ability. My first three visits were to shows by Sally Morgan, and on each occasion her husband John Morgan approached me. I found him to be threatening and abusive.

After being threatened during my first encounter with John Morgan, I felt it necessary to have a camera with me when leafleting, to record events and provide evidence of the threats I faced. This footage shows what happened on the third occasion, at the Shaw Theatre in London on March 30, 2014. I’ve subtitled the video as accurately as I can make out, and you can make up your mind about his behaviour after seeing it for yourself.

None of this has stopped me from being determined to continue leafleting at psychic stage shows. This is why I have been working with the Good Thinking Society to hand out more leaflets at psychic shows throughout October 2014. You can find out about ‘Psychic Awareness Month’ at the Good Thinking website (http://goodthinkingsociety.org/psychi…).”

Now lets be 100% clear about this, the evidence that living humans can communicate with the dead is exactly zero, and so it should come as no surprise to learn that whenever Sally Morgan has been challenged to demonstrate her abilities under controlled conditions she has always refused. That is natural, because when you are running a scam, you would not want to do any test that would potentially put your stream of income under threat, so when individuals such as Mr Tilbrook step forward and take her on, then I can only applaud.

His stance is wholly rational and also very reasonable …

I am not particularly pushy with my own beliefs – you can’t force someone to believe the same things you do. For all I know, my beliefs about the supernatural could be wrong. I can’t say for certain that psychics aren’t speaking to the dead. This is why my intention was to encourage Sally’s fans, and fans of other psychics, to think about what they are being told and then decide for themselves.

Now that is indeed spot on, because instead of facing those that probably believe with things they would not wish to hear, he is instead giving them a few simply questions so that they can deploy critical thinking and make up their own minds. Standing outside and politely handing out such leaflets is wholly legal and also appropriate, so the legal and physical threats in response are really designed to simply gag him and drive him away.

I bet you are now curious to know what the content of the leaflet that he was handing out was, well … 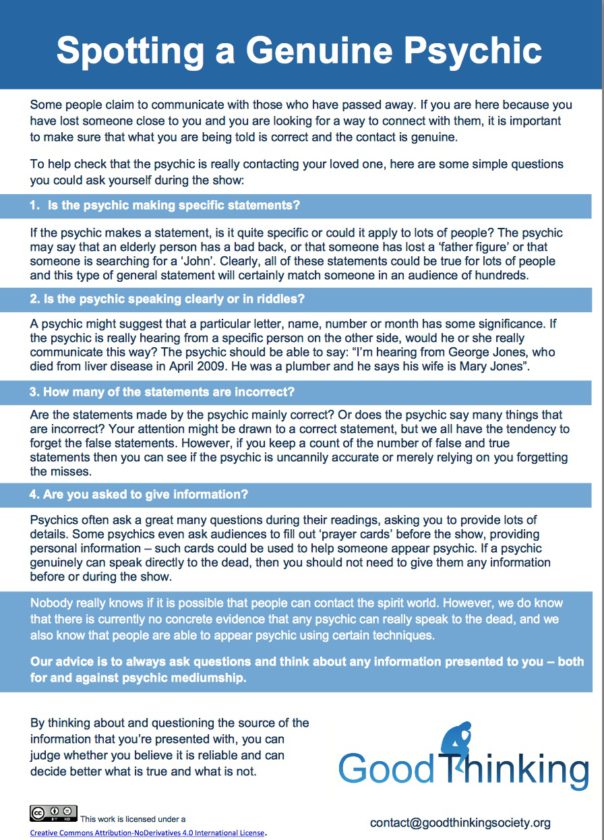 Sally Sacks her husband and son

“I am utterly ashamed and devastated at the behaviour of my husband John and son-in-law Daren and neither of them will have anything to do with my work, my business and right now I honestly have no idea what is going to happen to my marriage.”

This latest move has the fingerprints of a Media spin manager written all over it, but it does nothing to solve the issue because such behaviour is not simply those two, because when Mr Tilbrook recently gave out leaflets outside her show in Watford, he received similar intimidation from another member of her team.

There is of course one other thing we can be sure of – she never saw any of this coming.

So no doubt she will continue talking to the dead, and while she might indeed claim they answer back, they in turn will not actually be listening to her or speaking back to her at all, not just because they would not want to speak to a prick such as Sally Morgan who mints personal wealth out of grief, but because they don’t do that, they are gone, and that is the way it is.

On several occasions theatre staff have had to call the police in order to get him removed.

There is no evidence that this is true.

Given the abuse Sally has endured over the past three years, which have included severe death threats and incidences of stalking; Sally was left fearing for her own safety once again.

The implication that this is due to Mr Tilbrook is pure fiction, so he has now responded to that with a legal letter …

On October 14th Robert Dougans and Serena Cooke of Bryan Cave wrote a letter on behalf of Mark Tilbrook to Sally Morgan’s solicitor Graham Atkins. In a spirit of openness, the text of that letter is available online here.

It’s an excellent letter, I’m really pleased to see this.

Between October 1st and October 31st (Halloween), leaflets will be handed out at 31 major psychic stage shows, coordinated by Good Thinking.

2 thoughts on “Sally Morgan, the supposed psychic who never saw what was about to happen”